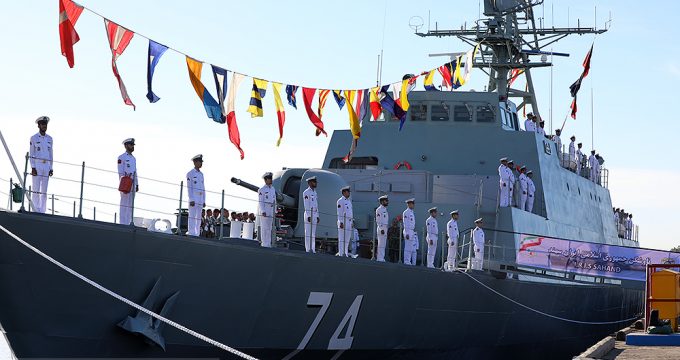 Press TV – Iranian naval forces plan to stage a large-scale drill in the Indian Ocean to boost and put on display the country’s military prowess, a senior commander says.

The maneuver will be held this winter within the perimeters of Iran’s southern territorial waters and high seas, Deputy Navy Commander for Coordination Rear Admiral Hamzeh Ali Kaviani told IRNA on Saturday.

He added that the Navy’s state-of-the-art equipment, including two Ghadir-class submarines that recently joined Iran’s naval fleet, would take part in the drill.

The Ghadir-class submarines are designed to cruise within the shallow waters of the Persian Gulf to ensure peace and security of Iran’s maritime borders.

On December 2, Iran launched its most advanced military destroyer, Sahand, which has radar-evading stealth properties and can sustain voyages lasting five months without resupply.

The vessel has a flight deck for helicopters, torpedo launchers, anti-aircraft and anti-ship guns, surface-to-surface and surface-to-air missiles and electronic warfare capabilities.

The Sahand is the third of Mowj-class frigates built by Iran after the Jamaran and the Damavand, but its enhanced operational capabilities and size make it twice stronger in terms of offensive and defensive features.

The exercises were held in an area of 2 million square kilometers, spanning the Strait of Hormuz, the Sea of Oman, north of the Indian Ocean and the Bab-el-Mandeb Strait.

Surface and subsea vessels and naval helicopters were deployed in operational formations to carry out missions across the waters.

The drill also involved special forces stationed across the Makran coastal strip on the Sea of Oman to rehearse defending Iranian waters.

In recent years, Iran has made major breakthroughs in its defense sector and attained self-sufficiency in producing important military equipment and hardware.

Iran has also conducted major military drills to enhance the defense capabilities of its armed forces and to test modern military tactics and state-of-the-art army equipment.