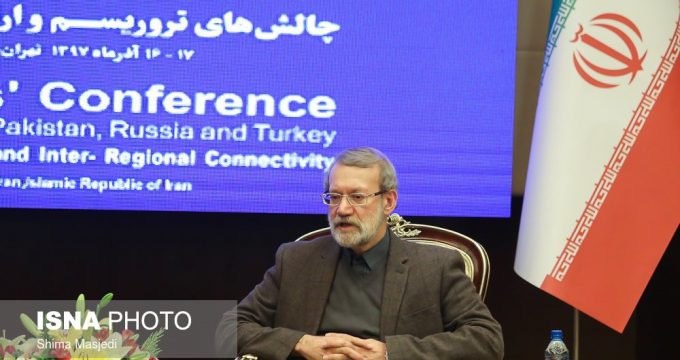 On the second conference of heads of parliaments of six countries of Iran Pakistan, Turkey, China, Russia and Afghanistan titled ‘The challenges of terrorism and inter-regional communications’, Ali Larijani said, ‘Holding such conferences have the different reasons which we look at the international scene for reasons, while commending the Iranian president’s presence at the conference.’

He affirmed that the unilateral approach adopted by the American president in recent years has resulted in the destruction of human values. In practice, Trump’s behavior has crushed human rights systems and makes states frustrated with their global management.

‘America and those around them are responsible for spreading terrorism; they say we fight terrorism, but they use the means of terrorism in practice,’ Larijani continued.