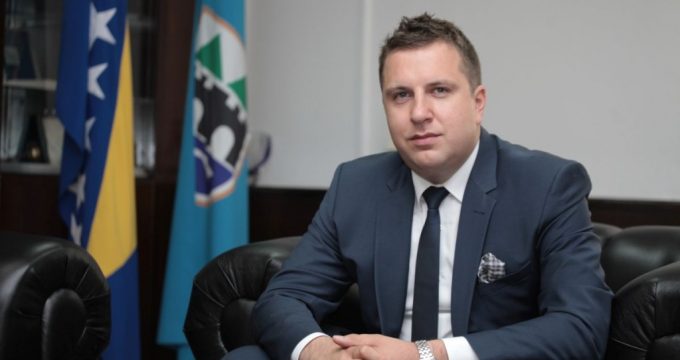 FNA – Sarajevo Mayor Abdulah Skaka, in a congratulatory message to the new mayor of Tehran, Pirouz Hanachi, felicitated his election, and expressed hope for broader cooperation between the two cities.

Mayor of Sarajevo, the capital city of Bosnia and Herzegovina, Abdulah Skaka cabled a message to his counterpart in Tehran Pirouz Hanachi on Thursday, offering congratulations on Hanachi’s election and wishing him success in his new mission.

He also recalled friendly ties between Iran and Bosnia Herzegovina over the past years and the sisterhood agreement between Tehran and Sarajevo.

He also hoped that the two cities’ cooperation in various fields will improve in the future.

Skaka invited Hanachi to visit Sarajevo to discuss ways for promoting cooperation between the two capitals.

Last Wednesday, the Iranian interior ministry approved the Tehran city council’s choice, Pirouz Hanachi, to be the next mayor of the capital.

Hanachi had earlier in November won the majority of the votes of Tehran’s City Council members, and was named as the 18th holder of the position since the victory of the Islamic Revolution in 1979.

Winning 11 votes out of 21, Hanachi became the third mayor of the city picked by the current edition of the Islamic City Council of Tehran, after Mohammad-Ali Afshani and Mohammad Ali Najafi.

Abbas Akhoundi, former minister of roads and urban development, who gained 10 votes, was the other candidate at the mayoral race.

The appointed mayor of Tehran, 54, was the deputy mayor for technical and construction affairs under Najafi’s office. Then he was moved to the urban development and architecture department of Tehran’s Municipality.

A graduate of University of Tehran, the new mayor had also been in senior positions at Iran’s Ministry of Roads and Urban Development.

Hanachi needed to receive the approval of Iran’s Interior Ministry to officially take the post.

Former mayor of Tehran Mohammd Ali Afshani had to leave his post due to a new law recently passed by the Iranian Parliament, according to which all the government retirees are forbidden from taking on new state responsibilities.

Hanachi’s referral ceremony is due to be held in the City Council on Sunday.

In relevant remarks in January 2017, Bosnian Minister of Civil Affairs Adil Osmanović in a meeting with Iranian Ambassador to Sarajevo Mahmoud Heidari in the Bosnian capital called for broadening of mutual cooperation with Iran in different areas.

“The Bosnian ministry of civil affairs is ready to take advantage of all opportunities and capacities to develop all-out relations with Iran in areas of science, culture, art, and sports,” Osmanović said.

The Iranian ambassador, for his part, pointed to the visits made by the two countries’ officials to each other’s capitals, and said that the way Iranian fairs in Bosnia and Herzegovina were dealt with by Bosnian people proved the depth of cultural commonalities between the two nations.

Heidari voiced Iran’s readiness for re-establishing the programs of cultural interactions between Tehran and Sarajevo, and underlined the need for bolstering process academic cooperation between the two countries, especially in the areas of modern technologies.