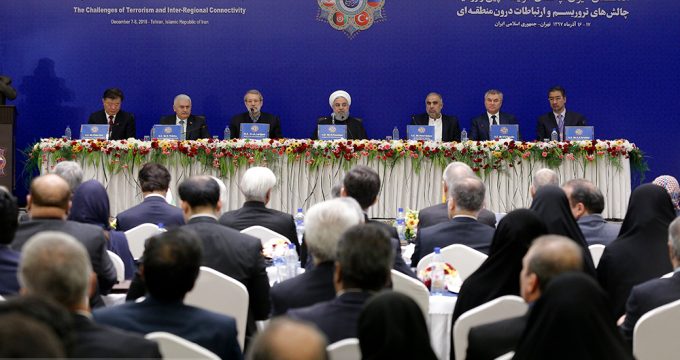 Press TV – Iran’s President Hassan Rouhani has lashed out at what he has described as US “economic terrorism” against Iran.

Rouhani said America’s economic terrorism was specifically evident through Washington’s decision to withdraw from a multilateral nuclear deal with Iran and restore sanctions that the same deal had lifted against the country.

Rouhani made the remarks in the opening ceremony of the second conference of parliament speakers from Afghanistan, China, Iran, Pakistan, Russia and Turkey on challenges of terrorism and inter-regional connectivity in Tehran.

The fight against terrorism and enhanced cooperation in the region are among topics that would be raised in the conference.