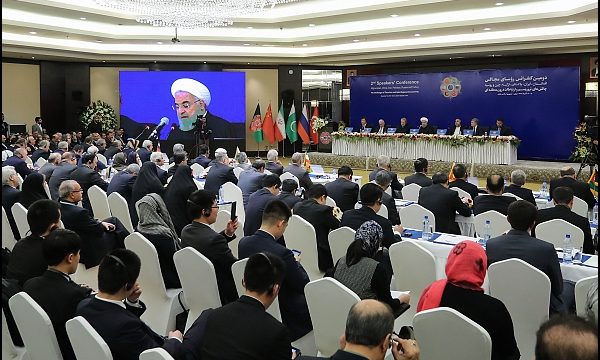 Iran’s President Hassan Rouhani has lashed out at what he has described as US “economic terrorism” against Iran.

Iran’s neighbor countries condemn Chabahar terrorist attack where a suicide car blast killed at least 2 and injured a number of others.

Expo on Navy’s latest technologies, achievements kicks off in Tehran

Iranian Navy’s Tehran Headquarters is hosting an exhibition on the latest naval technological achievements and developments.

Zarif says US has turned region into a ‘powder keg’

Iranian Foreign Minister Mohammad Javad Zarif said that the United States has turned the region into a powder keg indicating their dangerous policies in our region.

President described relations and cooperation between Iran and Russia friendly and said, “The Islamic Republic of Iran is ready to take advantage of all potentials for development of relations with Russia”.

Senior Advisor to the Leader of Iran’s Islamic Revolution in International Affairs, Ali Akbar Velayati condemned the Thursday terrorist attack in the southeastern port city of Chabahar, stressing that Iran will give harsh response to perpetrators and supporters of this heinous act.

Iranian Parliament Speaker Ali Larijani called on Pakistan to make more efforts to secure the release of the remaining Iranian border guards abducted by terrorists near a common border back in October after five of the guards were released.

Iran’s Intelligence Minister says Israel and the United States as well as some regional states support terrorists to carry out attacks against the Islamic Republic.

Iran’s Ministry of Foreign Affairs has appointed Mohammad Keshavarzzadeh as the new ambassador of Iran to China.

We’re ready for any kind of cooperation with Kabul in economic fields: President Rouhani

President described economic relations between Iran and Afghanistan as requiring a major transformation and stressed that Tehran is ready to cooperate with Kabul in economic fields.

Hassan Rouhani, Iranian Navy's exhibition, Second Conference of the Parliament Speakers December 8, 2018
We’re ready for any kind of cooperation with Kabul in economic fields: President Rouhani
Hypocrisy of US and its Mideast allies