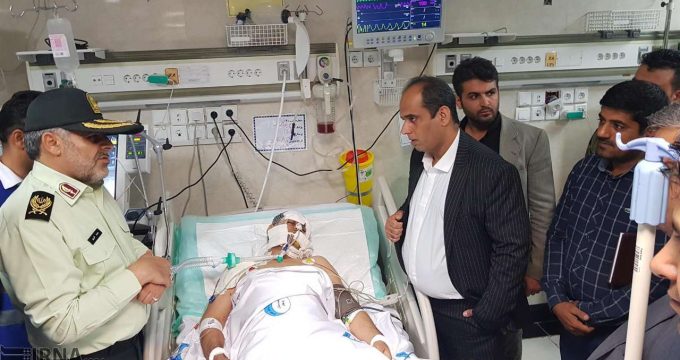 IRNA – Two were martyred and as many as 43 people were injured in the Thursday terrorist suicide attack on a police headquarters in southeastern Chabahar port in Sistan-Balouchestan Province.

Vice-Chancellor of the Faculty of Medical Sciences in Iranshahr south of Sistan-Balouchestan Province Kamran Kordi told the Islamic Republic News Agency (IRNA) on Thursday that 31 of the injured were discharged from hospital after treatment.

Kordi said 10 of the injured were police staff and the rest ordinary citizens, who frequented around the site of the incident.

He added that 12 of the injured are now getting treated and their general condition is satisfactory. Three are in ICU, he noted.

According to the official there are four children, a pregnant woman and a number of ordinary citizens among the injured.