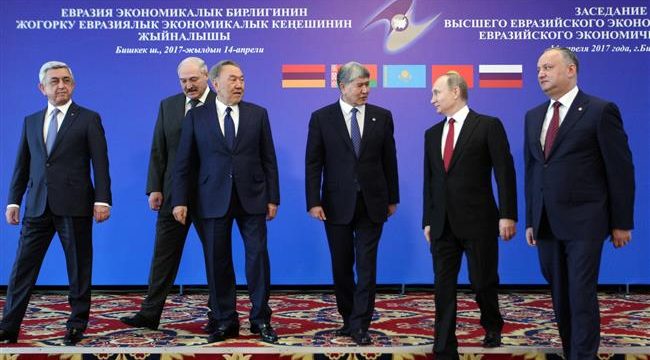 IRNA – A temporary agreement previously reached on formation of a free trade zone with Iran has been concluded in a summit meeting of Eurasia Economic Union (EAEU) in St. Petersburg, Russia, according to Russian media.

During the meeting on Thursday, the EAEU leaders signed a package of documents, among which was an agreement of the formation of a free trade zone between the Union and the Islamic Republic of Iran.

The meeting, which was chaired by Russian President Vladimir Putin, was also attended by presidents of Belarus, Kazakhstan, and Kyrgyzstan, as well as the Armenian prime minister.

Iran and the EAEU signed a temporary agreement on formation of a free trade zone in Astana, Kazakhstan on May 17.

The deal’s main advantage is a reduction in import duties and the formation of a transparent and predictable trade environment.