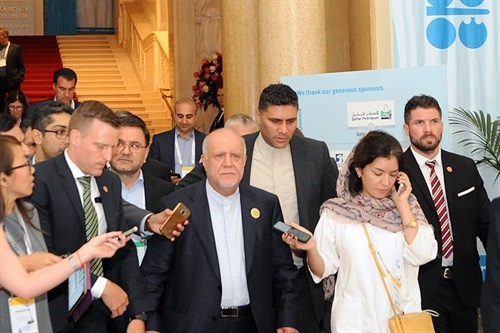 SHANA — Iranian Minister of Petroleum Bijan Zangeneh said the country would support OPEC stance in the market but would not participate in any OPEC deals so long as Tehran is subject to sanctions.

Speaking upon arrival in Vienna in the wee small hours of Thursday to attend the 175th OPEC meeting, the official said: “Iran must be excluded from any decision regarding production level.”

He said there were many proposals on the table for reducing the group’s output but decisions were yet to be made in the upcoming meeting.

Members of the Organization of the Exporting Countries (OPEC) will meet in Vienna on Thursday.

Mr. Zangeneh also refrained from commenting on Iran’s crude oil production or exports, “because it would cause increased US pressure on Iran.”