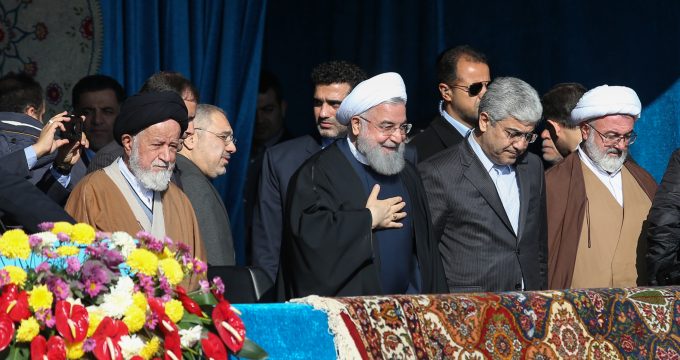 US made 11 attempts to negotiate with Iran in last two years: Iran president

Reuters – The United States has made 11 attempts to begin negotiations with Iran in the last two years, all rejected by Tehran, Iranian President Hassan Rouhani was quoted as saying on Tuesday.

Tensions have escalated between the two countries after U.S. President Donald Trump withdrew from a multilateral nuclear agreement with Iran in May and reimposed sanctions in a bid to curb the Islamic Republic’s missile program and regional influence.

“If you think America is victorious, know that today Iran is victorious and Trump has been defeated,” Rouhani said in comments reported by the Islamic Republic of Iran Broadcasting (IRIB) news agency.

“Last year America requested negotiations eight times directly and this year three times indirectly which we did not accept on the basis of the dignity of the people.”

The U.S. State Department did not immediately respond to a request for comment.

Rouhani did not say which subjects the United States wanted to negotiate about and nor did he specify whether he was referring to the Iranian calendar year, which begins in March.

Trump said in July he would be willing to meet Rouhani without preconditions to discuss how to improve ties after he pulled the United States out of the 2015 nuclear deal, saying, “If they want to meet, we’ll meet”.

Senior Iranian officials and military commanders rejected Trump’s offer as worthless and “a dream”, saying his words contradicted his action of reimposing sanctions on Tehran.