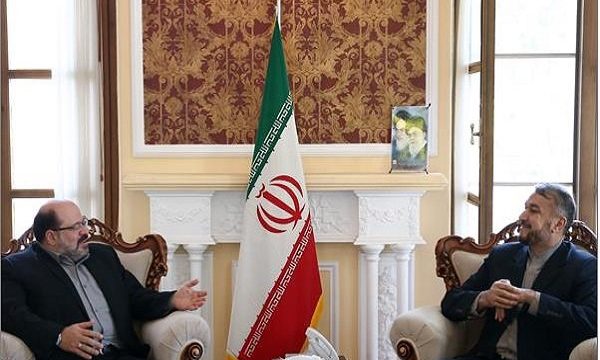 Israelis to have no place in Palestine’s future: Amir-Abdollahian

MNA – Secretary General of the International Conference on Supporting Palestinian Intifada (Uprising) Hossein Amir-Abdollahian said Tue. that a Palestinian referendum with participation of original Palestinians is a democratic solution to the Palestinian issue, stressing that Zionists will have no place in Palestine’s future.

“A Palestinian referendum with participation of original inhabitants of Palestine, including Muslims, Jews and Christians, is a democratic solution to the Palestinian issue,” he said, stressing that Zionists will have no place in Palestine’s future.

He further noted that the Palestinians’ right to self-determination, an immediate halt to Jewish settlements and Zionist regime’s aggression, and the return of the refugees to their motherland should be taken into account by the United Nations.

Ghadoomi, for his part, expressed his appreciation to the recent stances of Iran’s Leader on supporting the Palestinian people, quoting some of Ayatollah Khamenei’s remarks as saying “according to the Leader, in the recent Zionist regime’s war against the Palestinians, after 2 days, they suffered a crushing defeat, indicating the growing weakness of the Zionist regime.”

Ghadoomi further said that the recent defeat of the Zionist regime was obtained as a result of the Palestinian Resistance movement, adding that Resistance and its firm stance is a serious challenge for the Zionists.

He went on to condemn the approach of the US and its allies in the region.