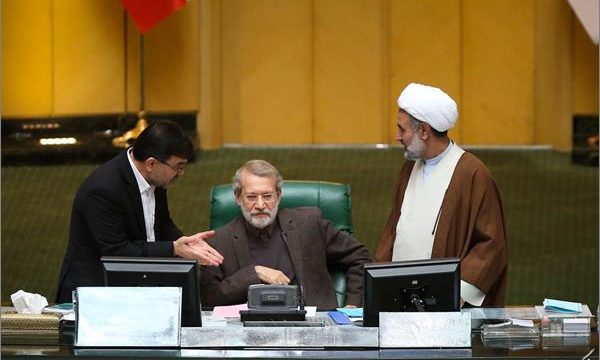 Iranian lawmakers on Wednesday approved an amendment to the first article of a bill on the country’s accession to Combating the Financing of Terrorism (CFT) treaty – a series of standards set by the FATF (Financial Action Task Force).

Iran’s mission to the United Nations says all ballistic missile related activities of the Islamic Republic are in full conformity with the relevant provisions of the UN Security Council Resolution 2231, which endorses the Joint Comprehensive Plan of Action (JCPOA) — the official title assigned to Iran’s 2015 nuclear deal.

Prayers, if observed with modesty and mind-presence, will lead the society to virtue and resistance, said the Leader of the Islamic Republic Ayatollah Seyyed Ali Khamenei in his message to the Muslim prayers (Namaz) conference on Wednesday.

Iran’s leader was not against CFT examination in Parl.: Larijani

Parliament Speaker Ali Larijani said Leader of Islamic Revolution Ayatollah Khamenei had said in a letter that he was not against the legal procedure of reviewing the CFT bill in the Parliament.

Zarif: SPV to be launched soon

Iranian Foreign Minister Mohammad Javad Zarif said a special purpose vehicle (SPV) that the European Union has developed to save the 2015 Iran nuclear deal will be in place soon.

Iranian Minister of Petroleum Bijan Zangeneh left Tehran for Vienna on Wednesday to attend the 175th general meeting of the Organization of the Petroleum Exporting Countries (OPEC).

Iran won’t discuss its OPEC quota while under sanctions: agency

Iran will not discuss its OPEC quota as long as it is under sanctions, Iranian Oil Minister Bijan Zanganeh was quoted by the state news agency IRNA as saying on Wednesday.