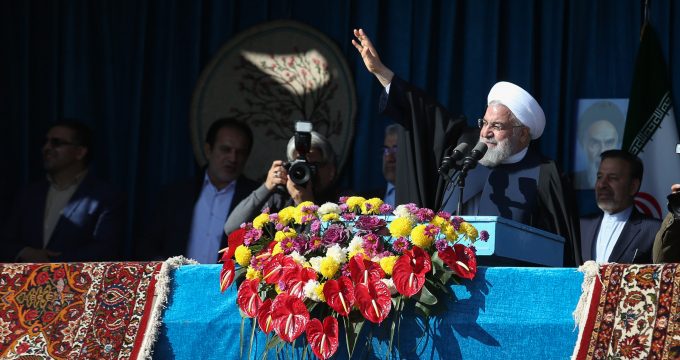 IRNA – President Hassan Rouhani said on Tuesday that the Iranian nation will never sell its dignity even in tough times.

Addressing the inaugural ceremony of Semnan province’s infrastructural and developmental projects, he said, “We should join hands to run the country. I have many things in my heart and I am brave enough to tell them but I do not know them useful for the country.”

Referring to the measures of the Hope and Prudence Government to improve economic and trade ties with the world, he said that the enemies cannot bear to see Iran’s glory and power.

“Although the conditions in the country are not normal, we should stand together to handle the situation,” Rouhani said.

The government is capable of solving all problems alone and all the state and private banks should come to its help, he said.

When the enemies, including Zionists saw the investors flocked the country following the implementation of the JCPOA, they got angry, he said, noting that sanctions are coupled with difficulties but “We can push the enemy back through resistance and sacrifice.”