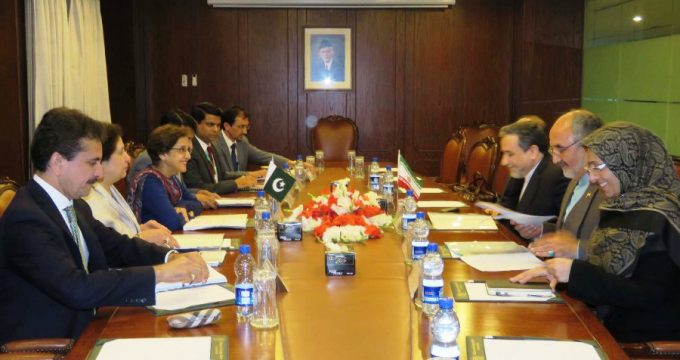 According to details, he had separate meetings with Foreign Minister Shah Mahmood Qureshi and Foreign Secretary Tehmina Janjua.

Talking to the Islamic Republic News Agency (IRNA), Araqchi said that Iran and Pakistan always hold bilateral discussion at foreign ministers level and his visit is part of that mechanism.

He said that he had a fruitful meeting with Foreign Minister Shah Mahmood Qureshi where both sides discussed issues of mutual interest.

The Iranian official went on to say that it was necessary to hold discussion on regional and global issues, especially the situation arising after the unilateral American sanctions on Iran.

“We have full confidence in the efforts of our Pakistani friends for the release of remaining seven Iranian border guards and for this both countries are in constant touch with each other,” he said.