A Look at Iranian Newspaper Front Pages on December 4

Iran Front Page – IFP has taken a look at the front pages of Iranian newspapers on Tuesday, December 4, 2018, and picked headlines from 14 of them. IFP has simply translated the headlines and does not vouch for their accuracy.

Several papers today covered Qatar’s surprising announcement that it will leave the Organization of Petroleum Exporting Countries (OPEC) as of 2019.

Reactions to Iranian Foreign Minister Mohammad Javad Zarif’s comments about “rampant” money laundering in Iran also remained a top story even several weeks after he made the remarks.

The Central Bank of Iran’s measures to control the foreign currency market, and the recent decrease in US dollar rates as a result of chief banker Abdolnasser Hemmati’s measures also received great coverage, particularly by conservative media. 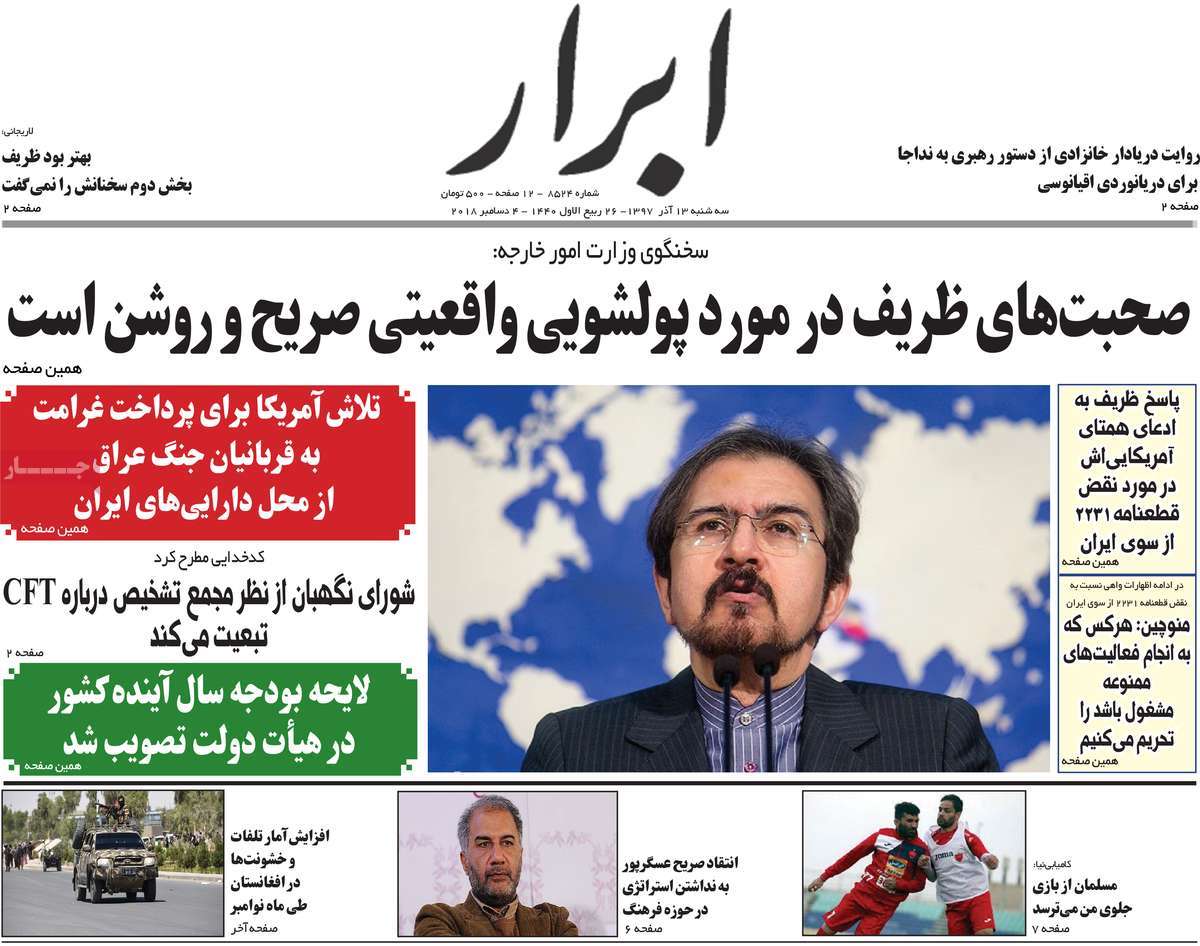 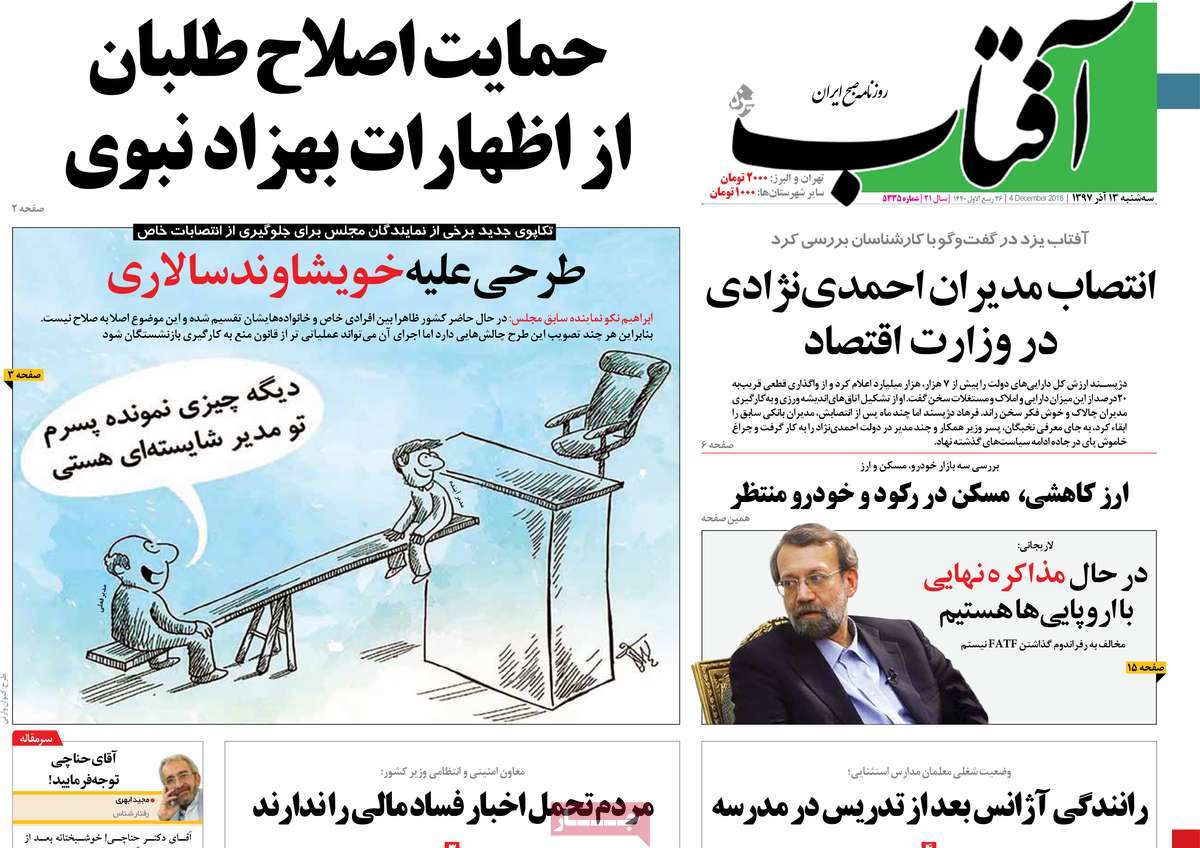 1- Parliament Speaker: We Have Money Laundering in Iran 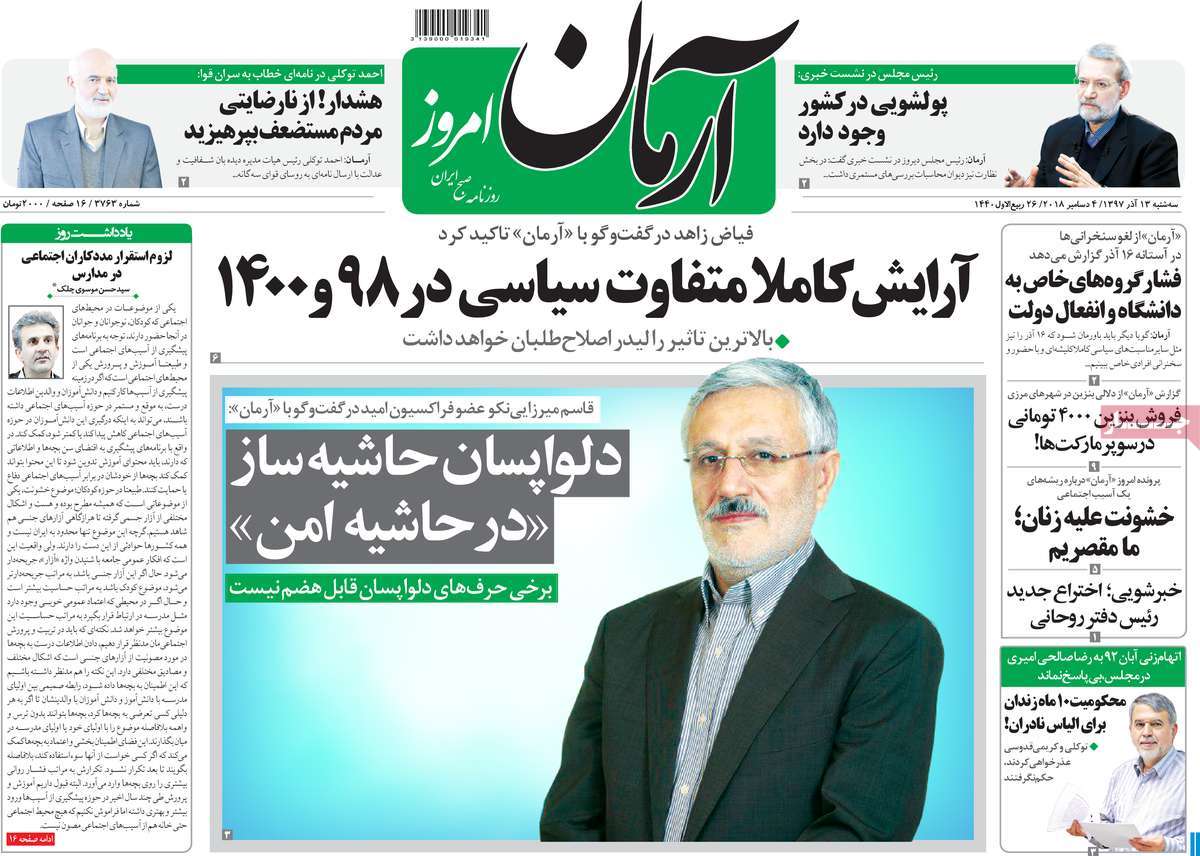 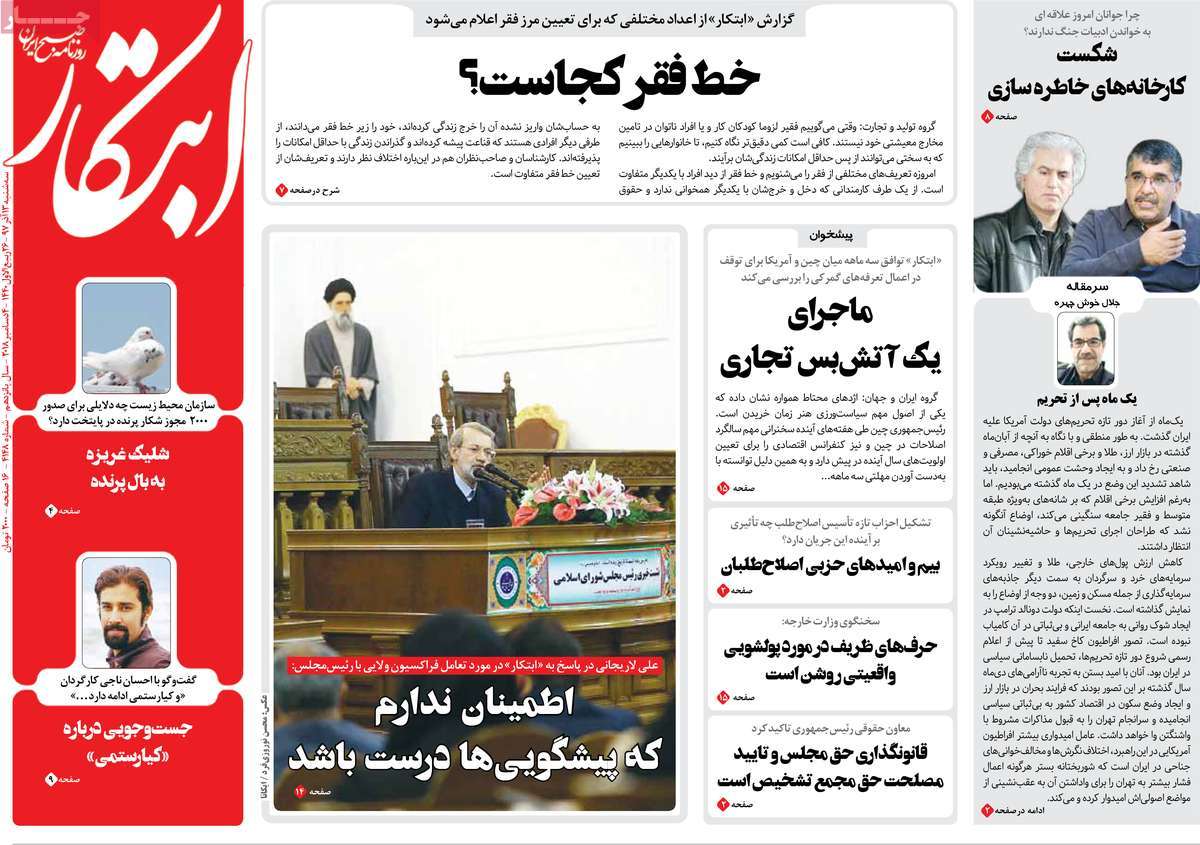 2- Future of OPEC without Qatar [Editorial] 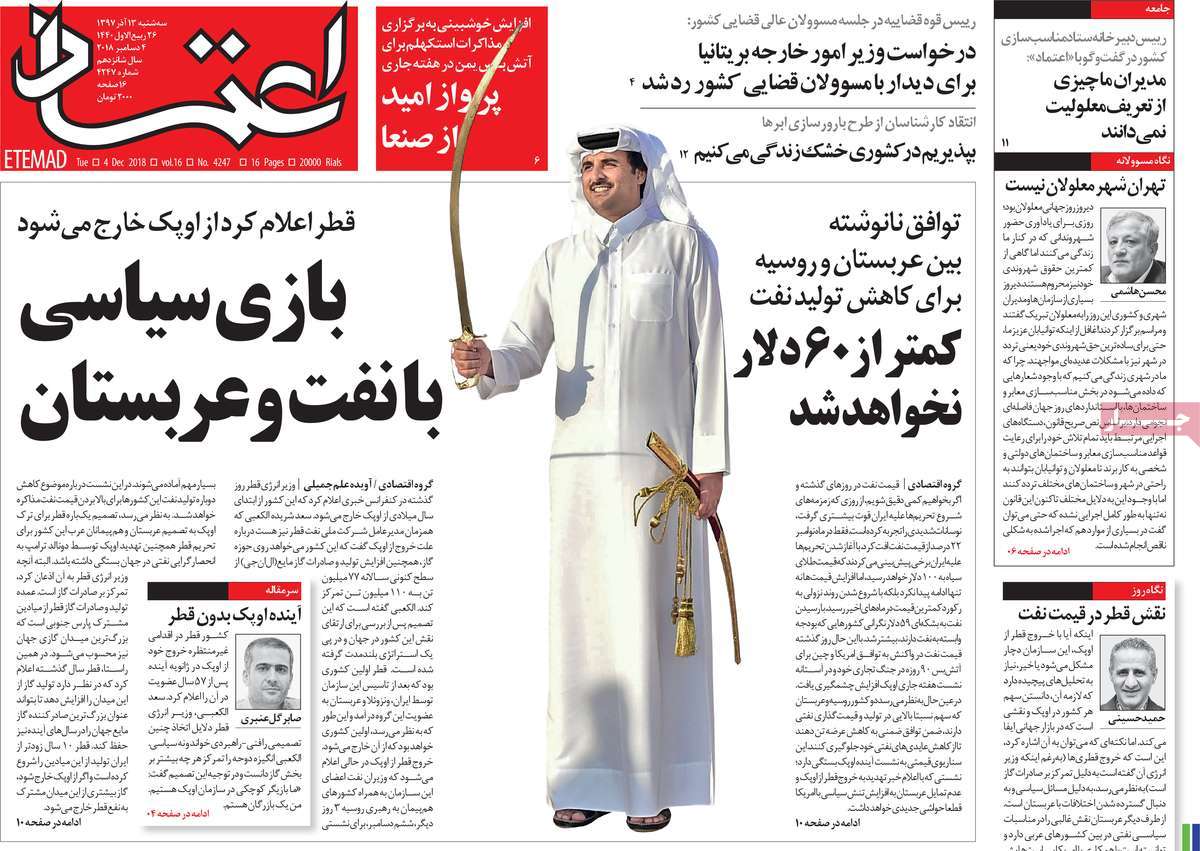 2- Fareed Zakaria: US Economy in Decline 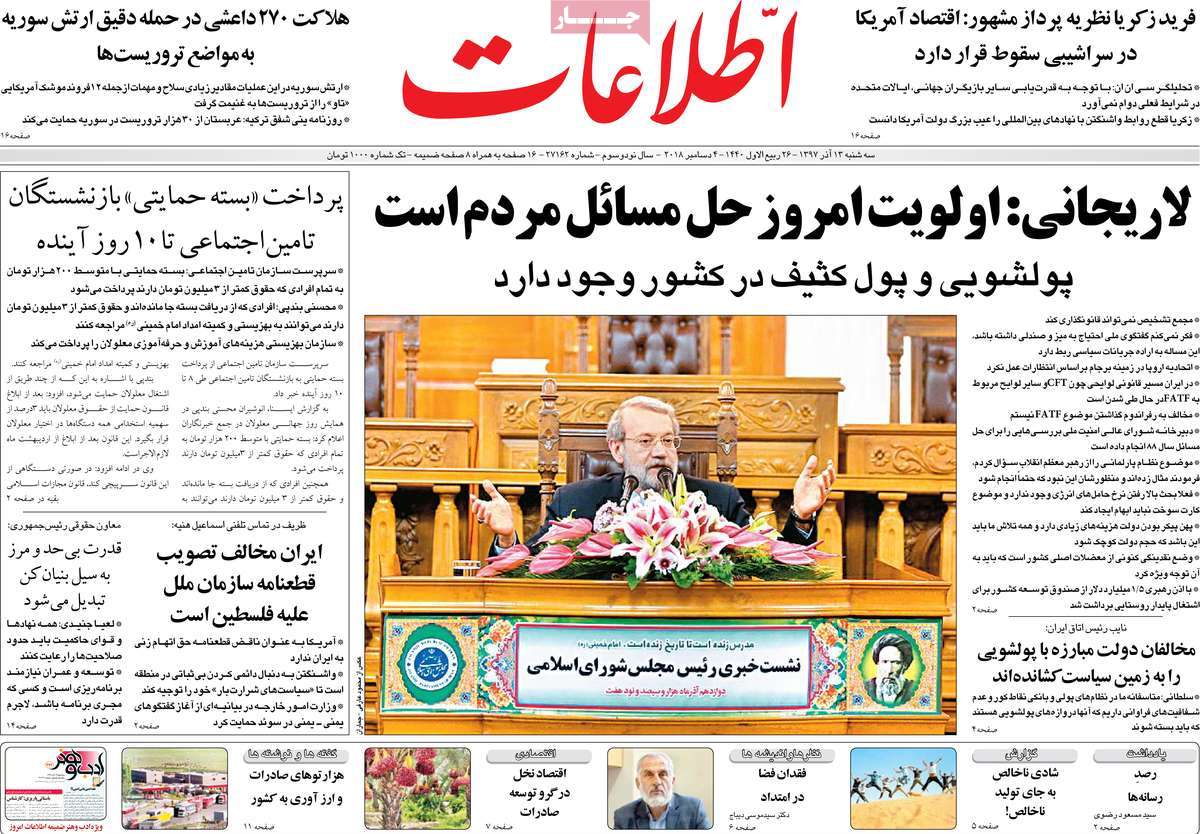 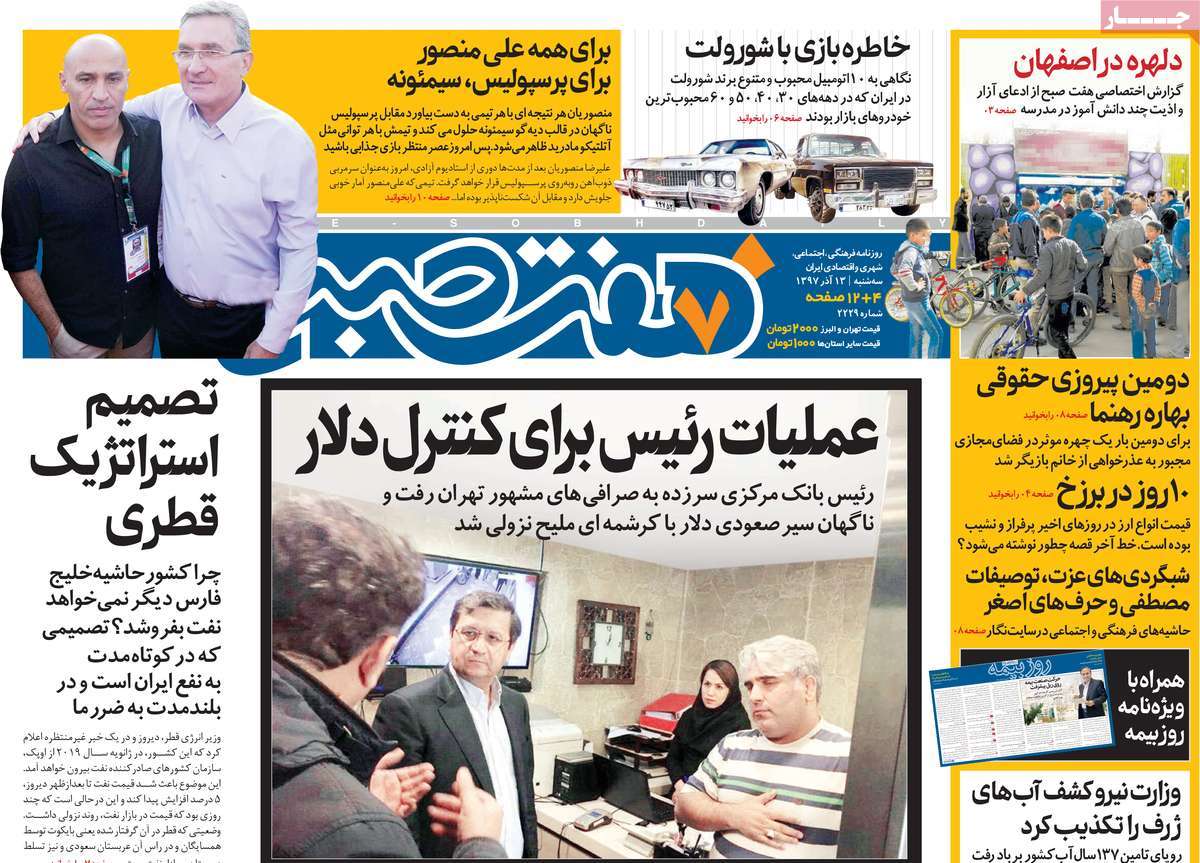 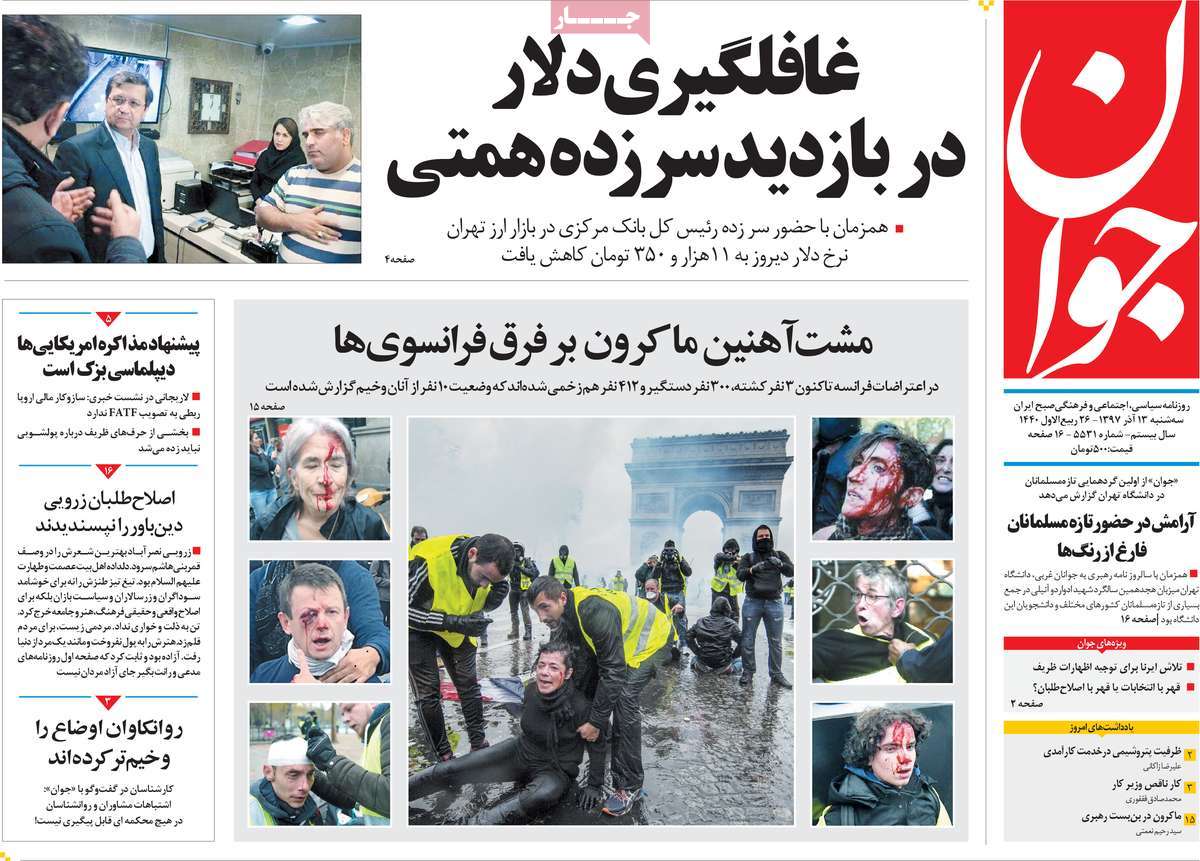 3- Health Minister: Take Iranian Medicine and Be Sure about Its Quality 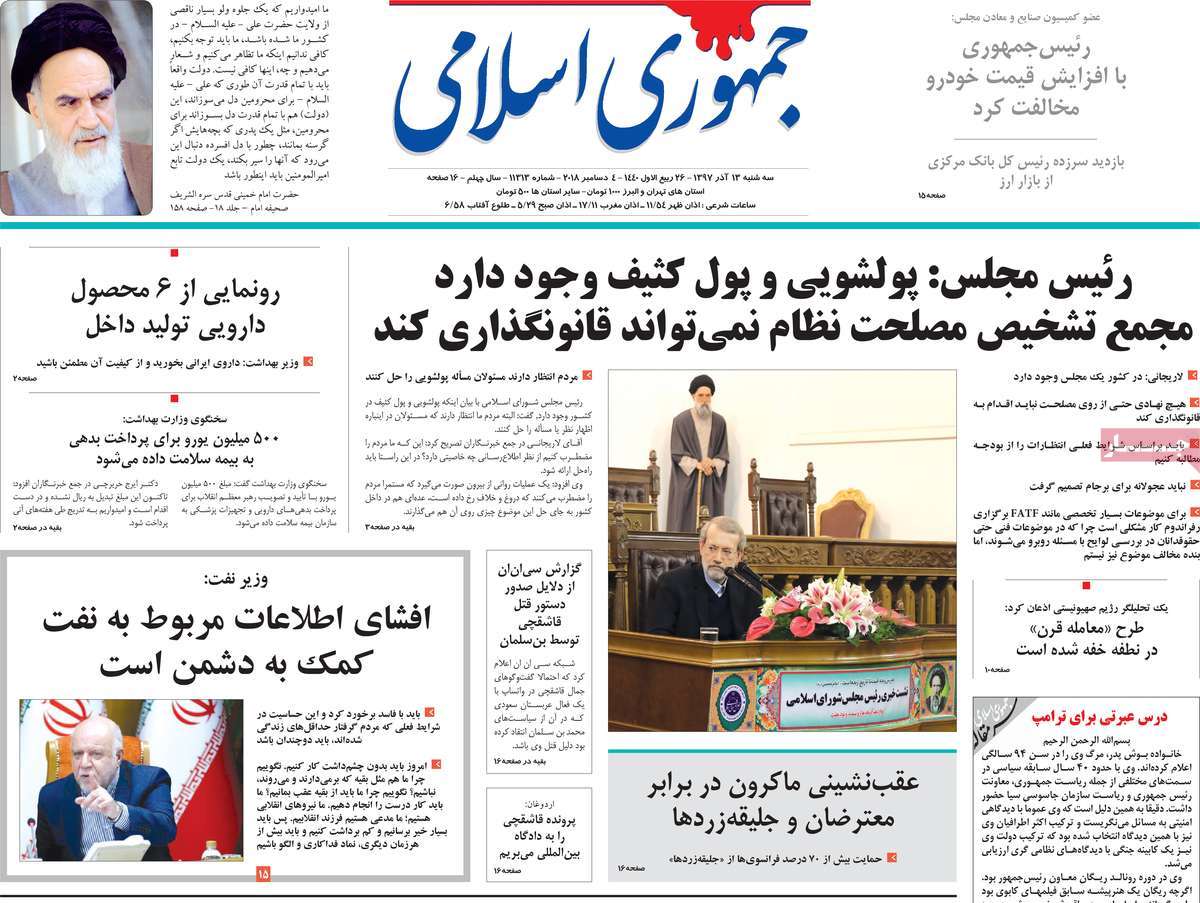 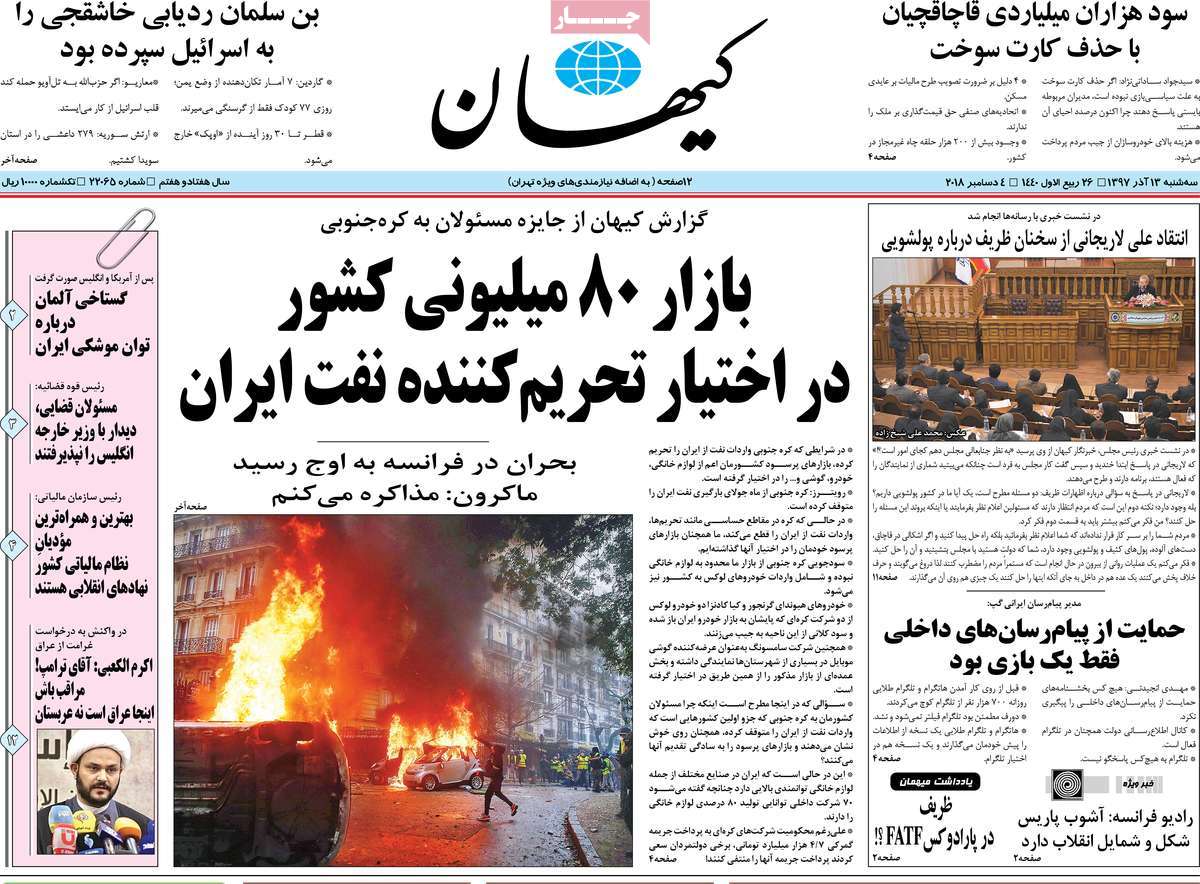 1- Cyrus in the Dust 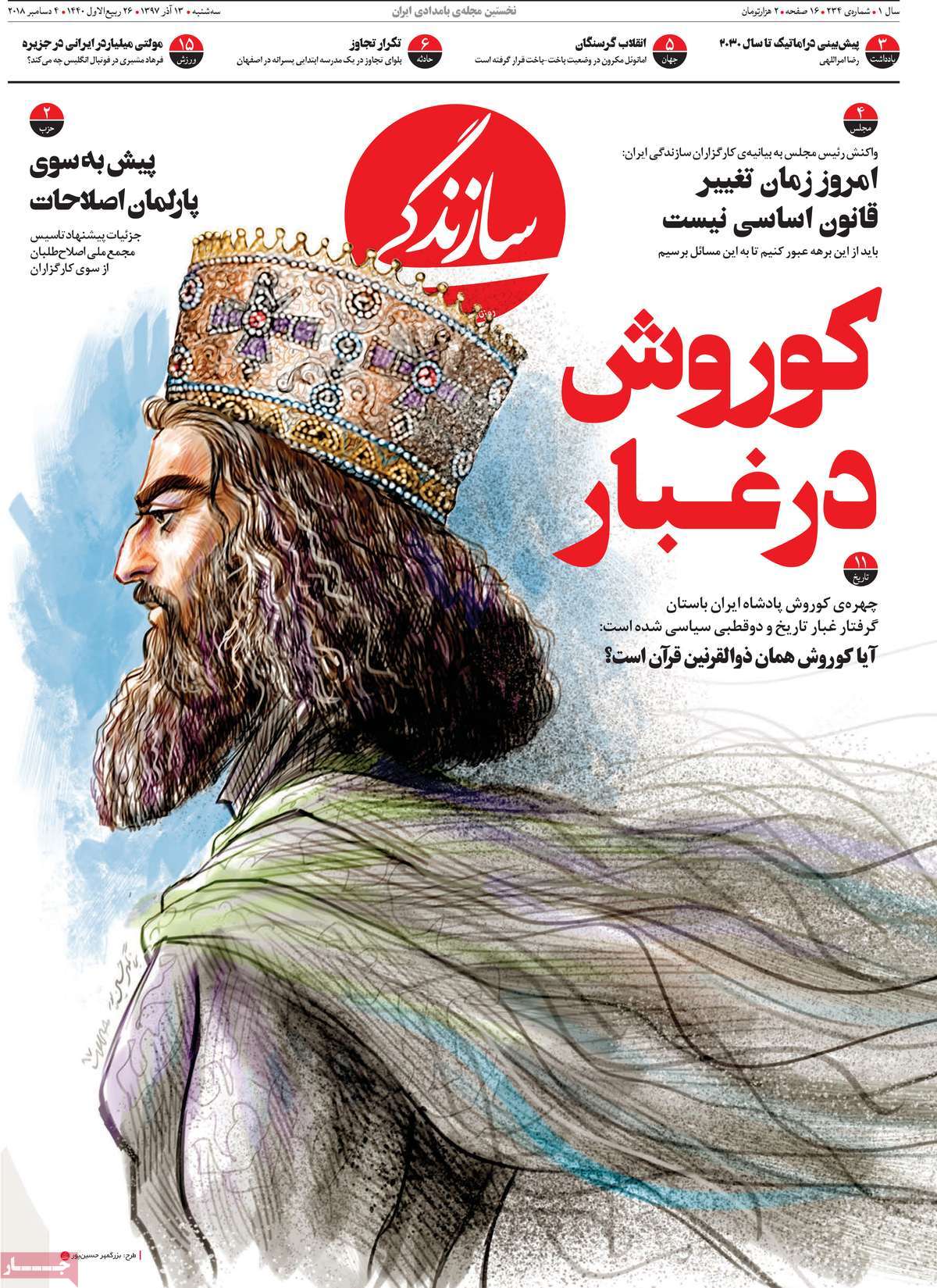 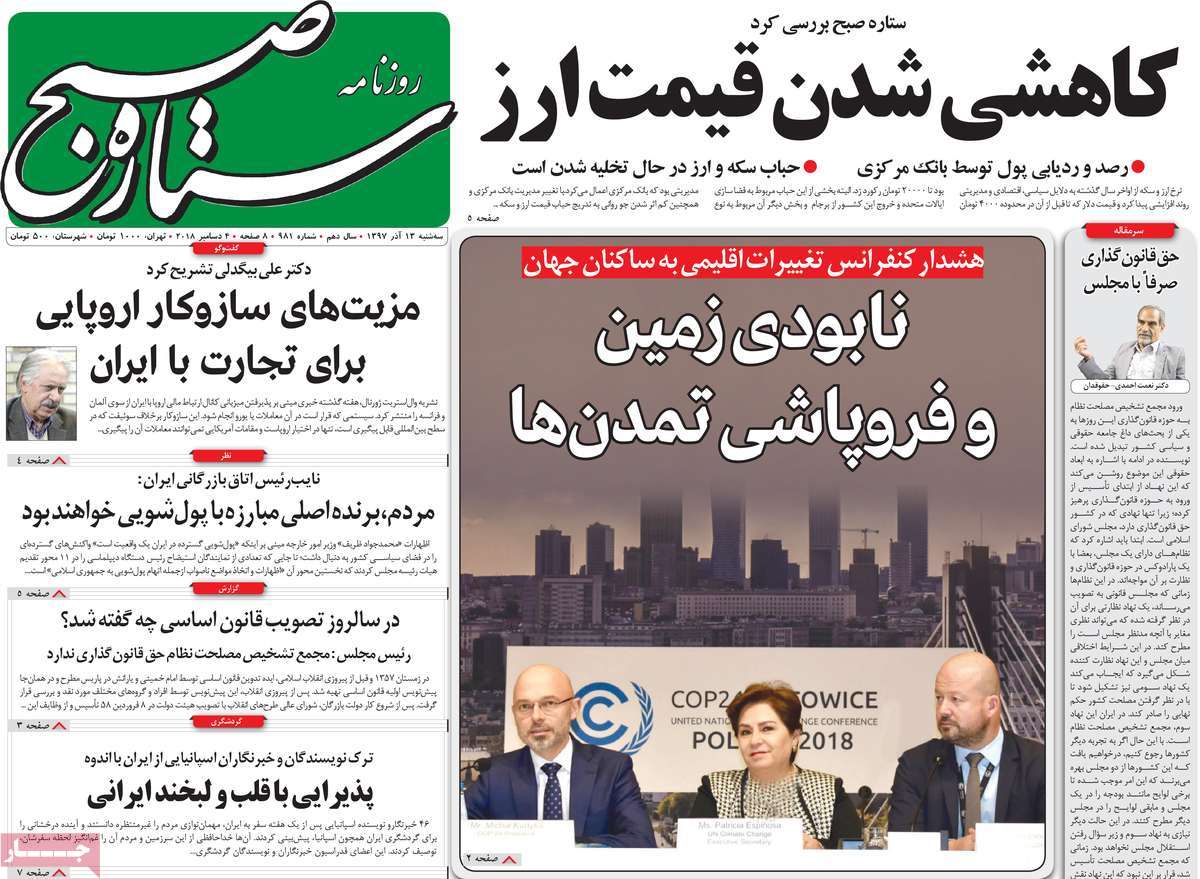 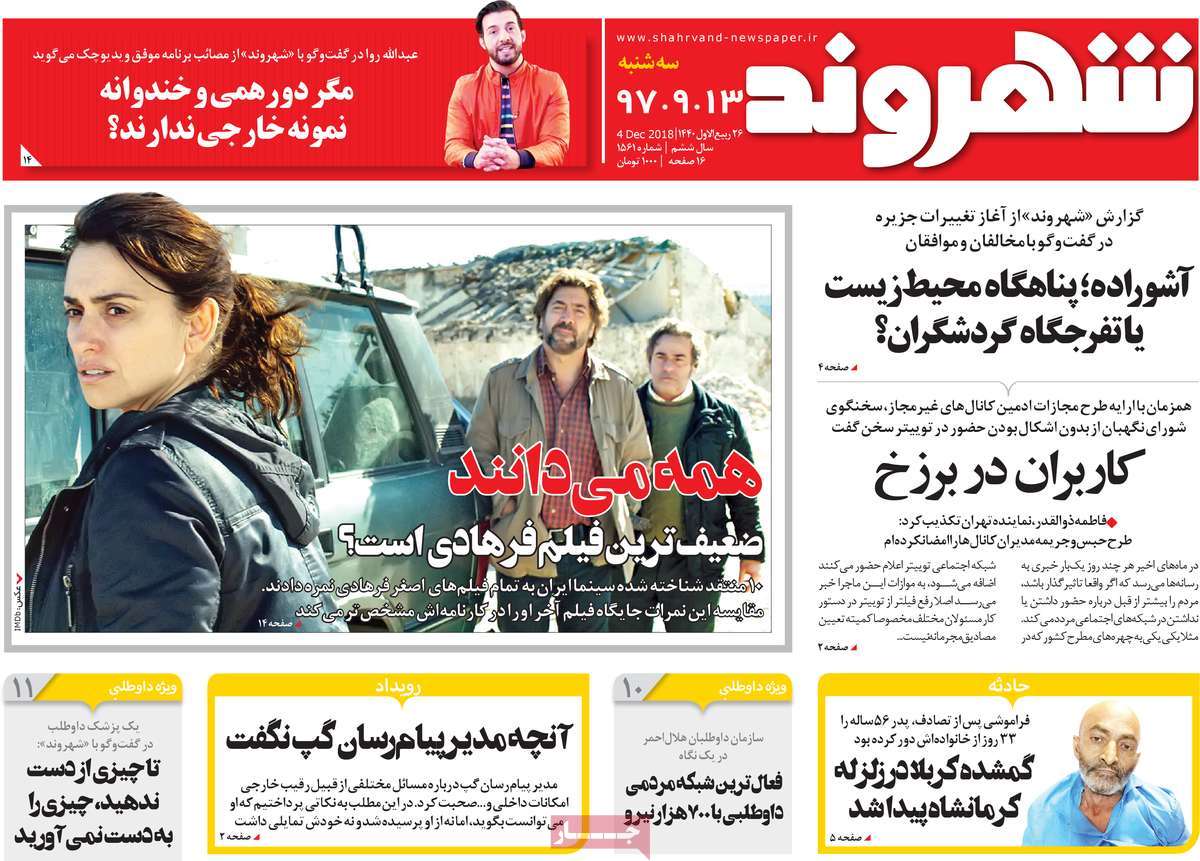 2- Return of Lone Rebel: Sanders to Run for President in 2020 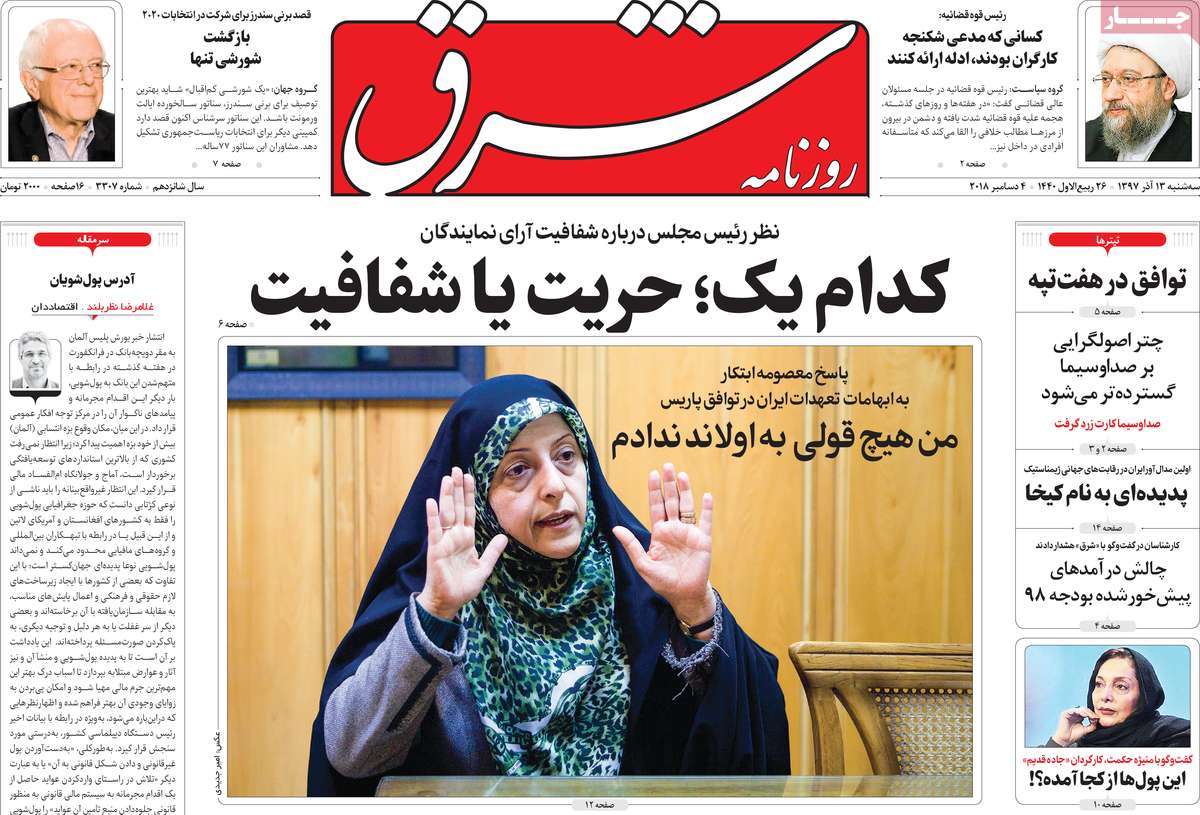