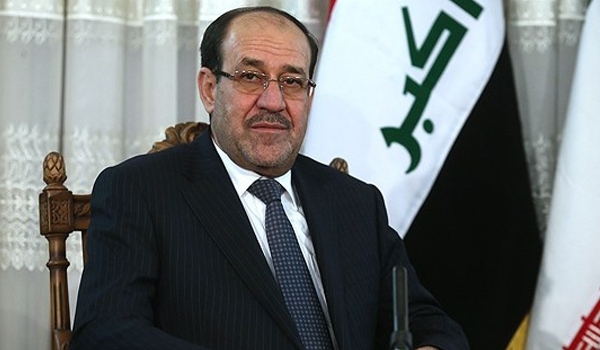 IRNA – Former Iraqi prime minister Nouri al-Maliki said on Sunday that his country will never enter coalition with countries such as Saudi Arabia which are sponsoring Daesh.

In an interview during his visit to Tehran to attend the Islamic Unity Conference released on Sunday by the Iraqi media, he stressed that Saudi Arabia has been backing Daesh and Iraq will never enter a coalition with the country or the US against Iran.

He also reiterated that Iraq will never allow it soil be used for attacking Iran.

“Iraq will never be part of anti-Iran coalitions led by the countries such a Saudi Arabia which have brought war and devastation to Iraq,” he stressed.

Maliki, also head of Islamic Dawa Party, called on Iraqi Prime Minister Adel Abdel-Mahdi ‘to bring Iraq out of US’ axis’, as the political alliances in the country will never let Iraq stay in the ‘US front and axis’.