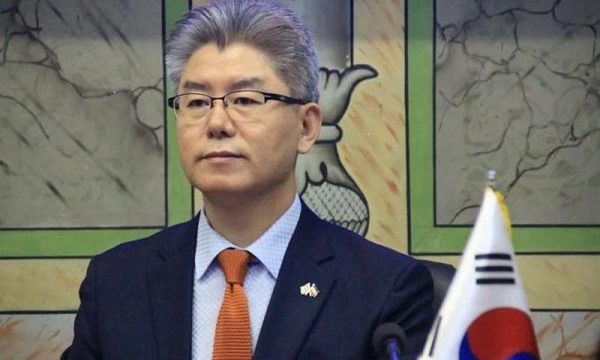 MNA – South Korea’s ambassador to Tehran Ryu Jeong-Hyun has said Iran-South Korean trade relations have been continuing for decades, adding the South Korean companies are determined to continue the relations in the coming decades.

The South Korean ambassador made the remarks during a conference in Tehran on Sunday dubbed “Corporate Social Responsibility (CSR) and Organizational Culture and Its Impact on Economic Relations,” during which he also said “Conferences such as this conference are not going to be just a show and they are needed to achieve a sustainable working relationship.”

“The Korean government encourages its companies to work in the field of social responsibility in Iran and believes that is important for both the companies and the community they are working in,” he added.

The Korean diplomat further noted that CSR can be used as a tool in diplomatic relations between countries, despite the fact CSR activities have mostly to do with businesses, but in the world of politics it can also play an important role.

South Korean ambassador to Tehran went on to underline that many Korean companies are keen on doing business with Iran in the coming decades, adding “in our new era, we will look forward to new opportunities to reach our common goals.”