A Look at Iranian Newspaper Front Pages on December 3

Iran Front Page – IFP has taken a look at the front pages of Iranian newspapers on Monday, December 3, 2018, and picked headlines from 16 of them. IFP has simply translated the headlines and does not vouch for their accuracy.

Almost all papers today covered the recent claims made by the US and the UK regarding Iran’s missile tests, and Tehran’s response to the allegations.

Also a top story was a deal between the US and China over their trade war, based on which the two sides are going to observe a 90-day ceasefire. 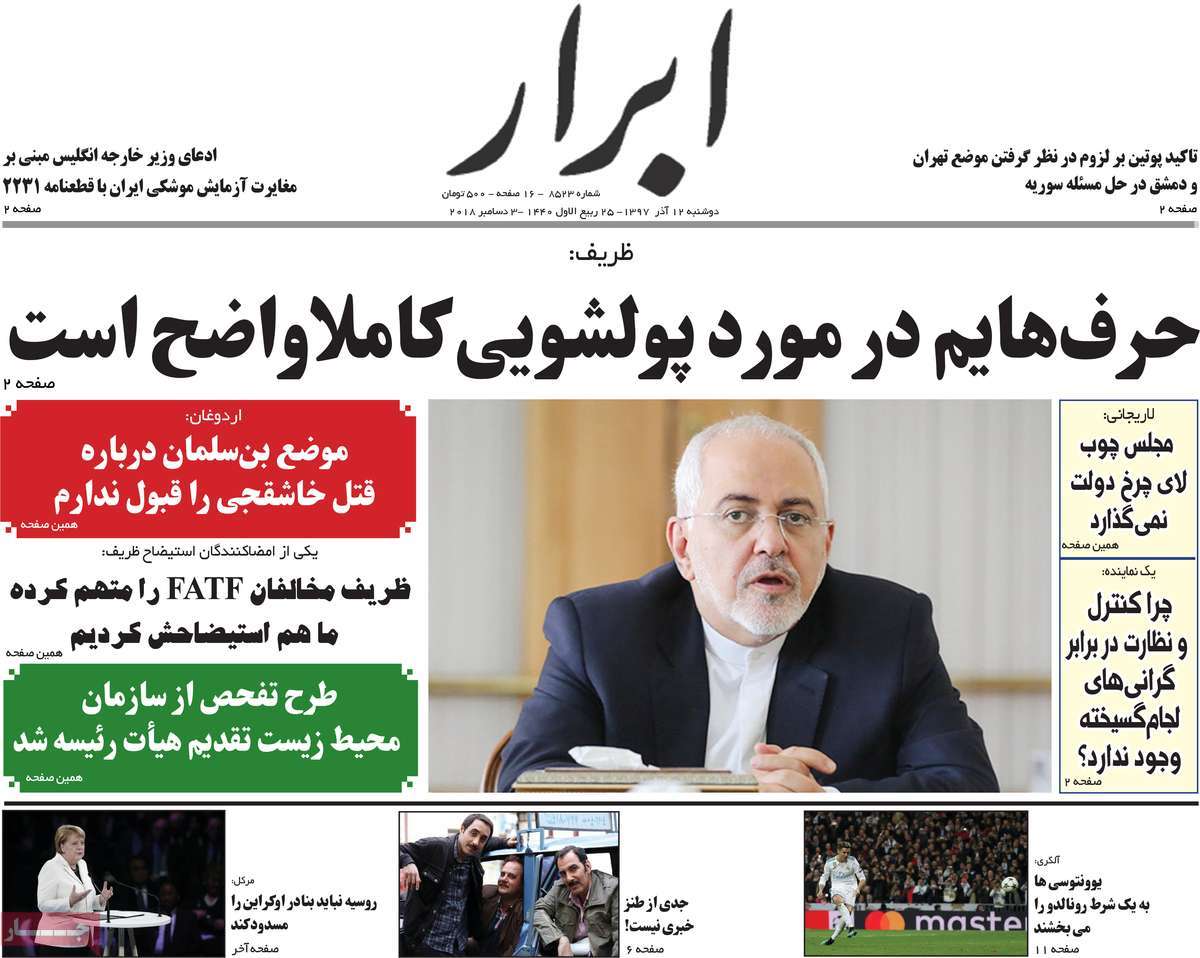 1- On Rallies in France [Editorial] 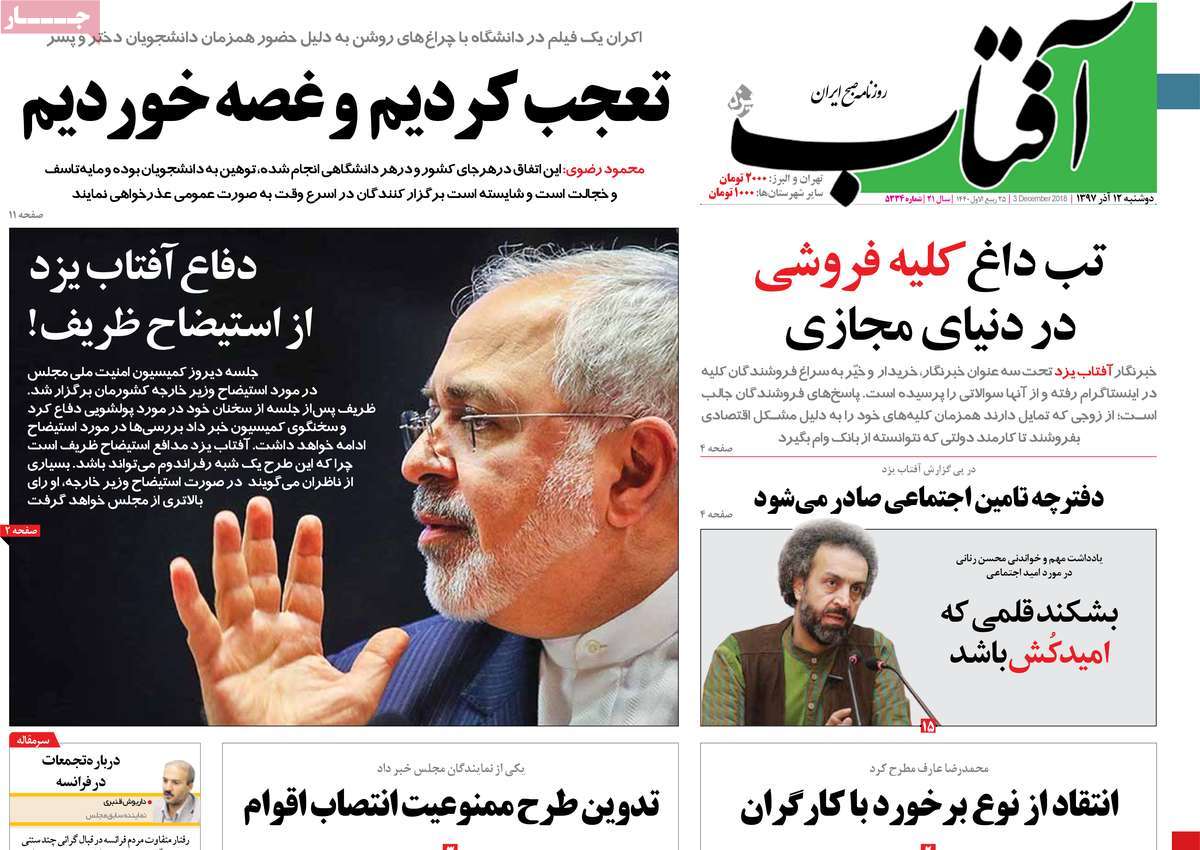 1- Four Lawmakers Back Off from Bid to Impeach Zarif 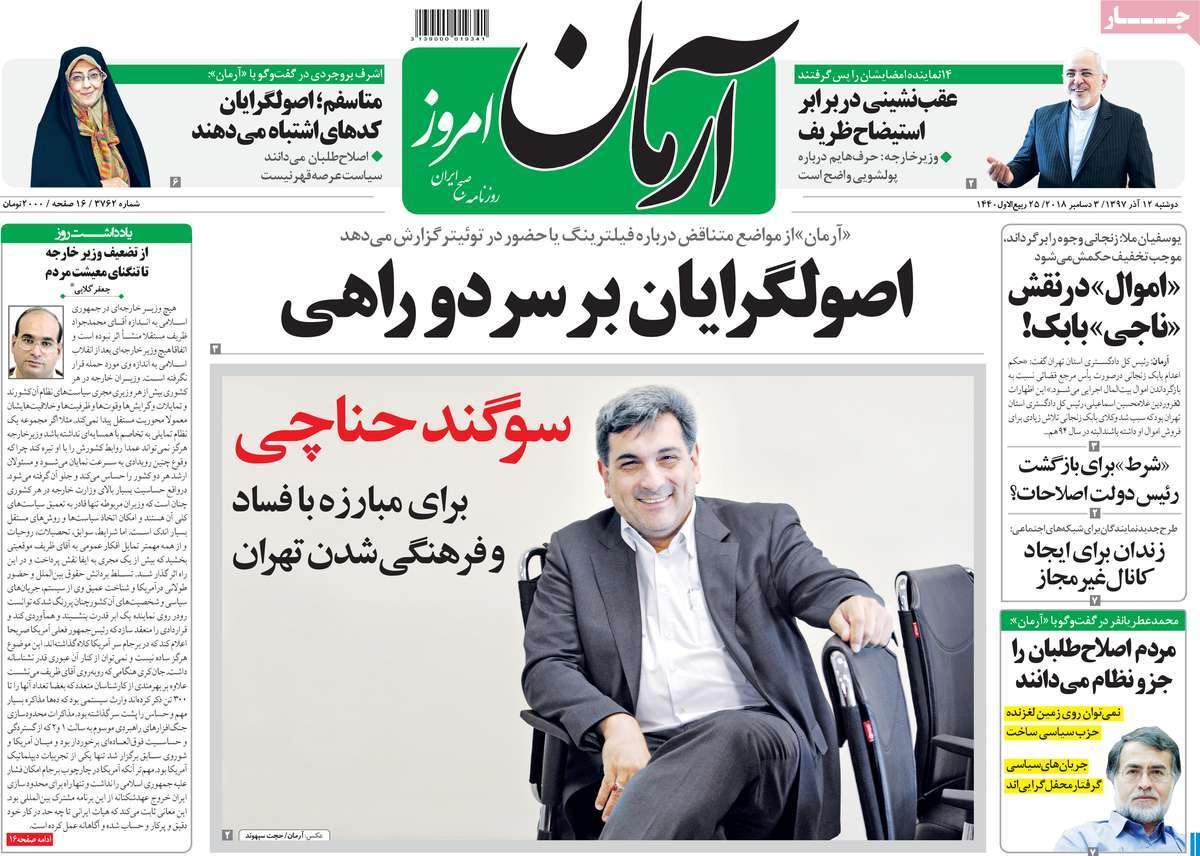 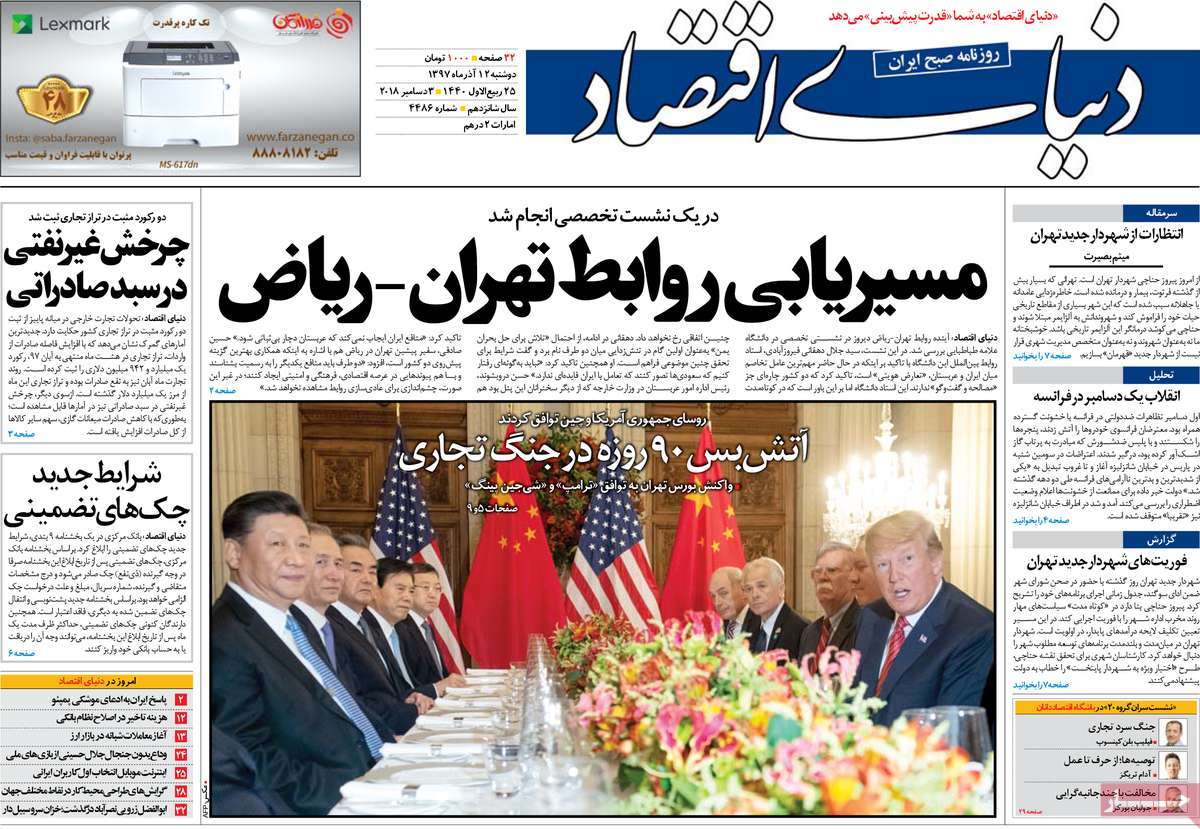 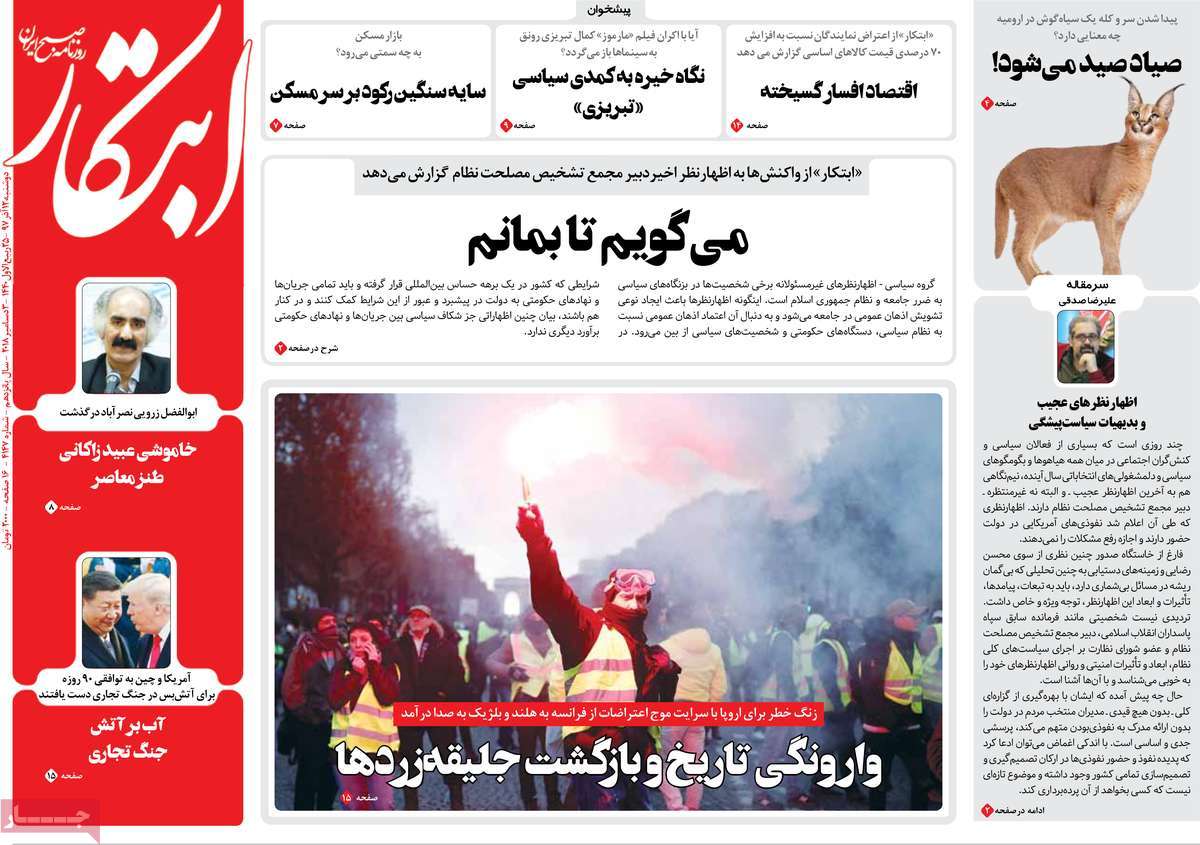 1- How Russia Is Managing Its Ties with Iran, Saudi at Same Time? 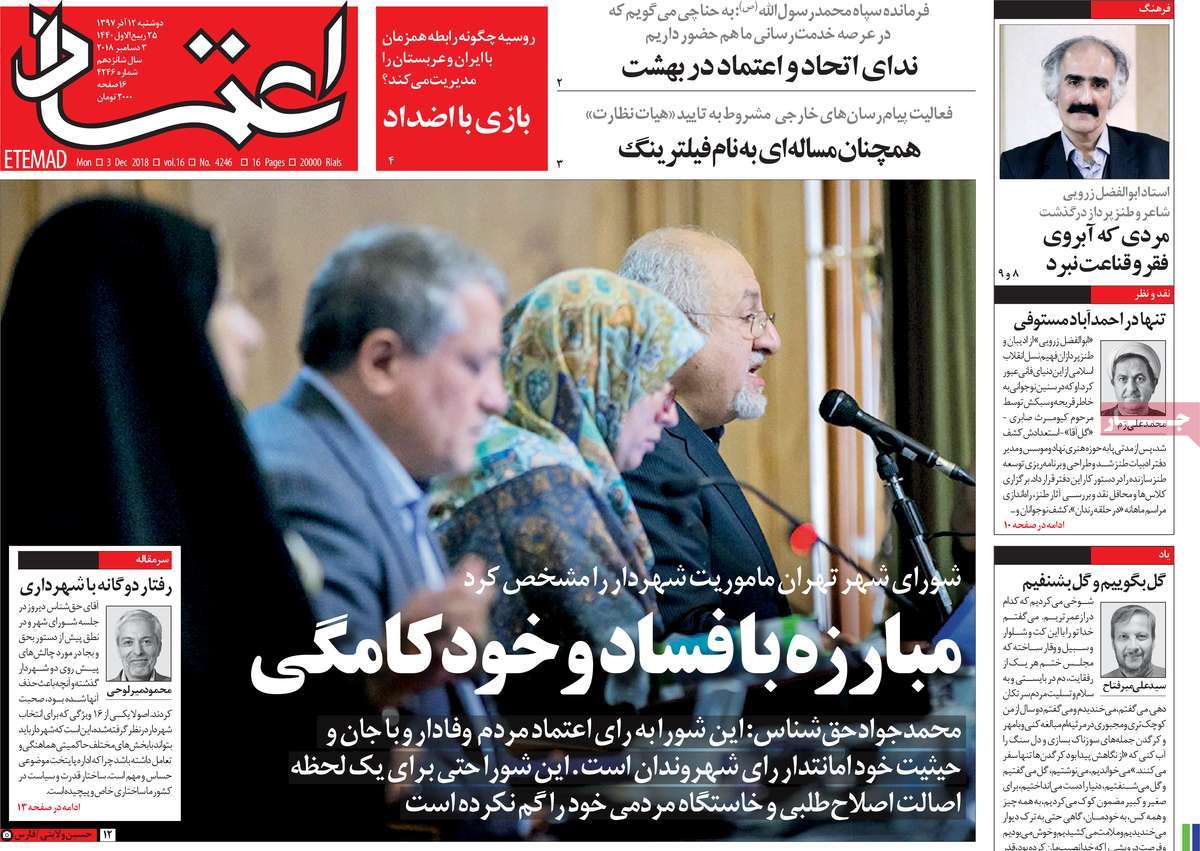 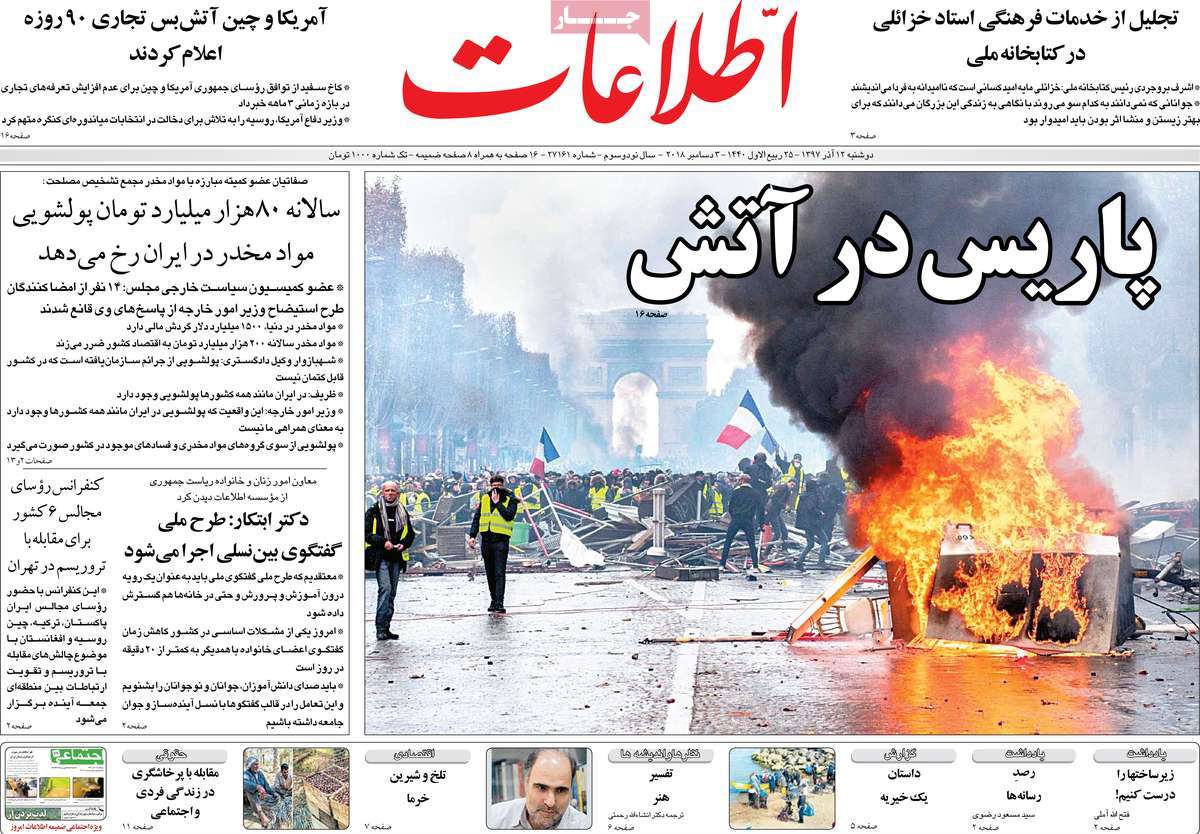 3- 1,000 Women Appointed to Executive Position in One Year 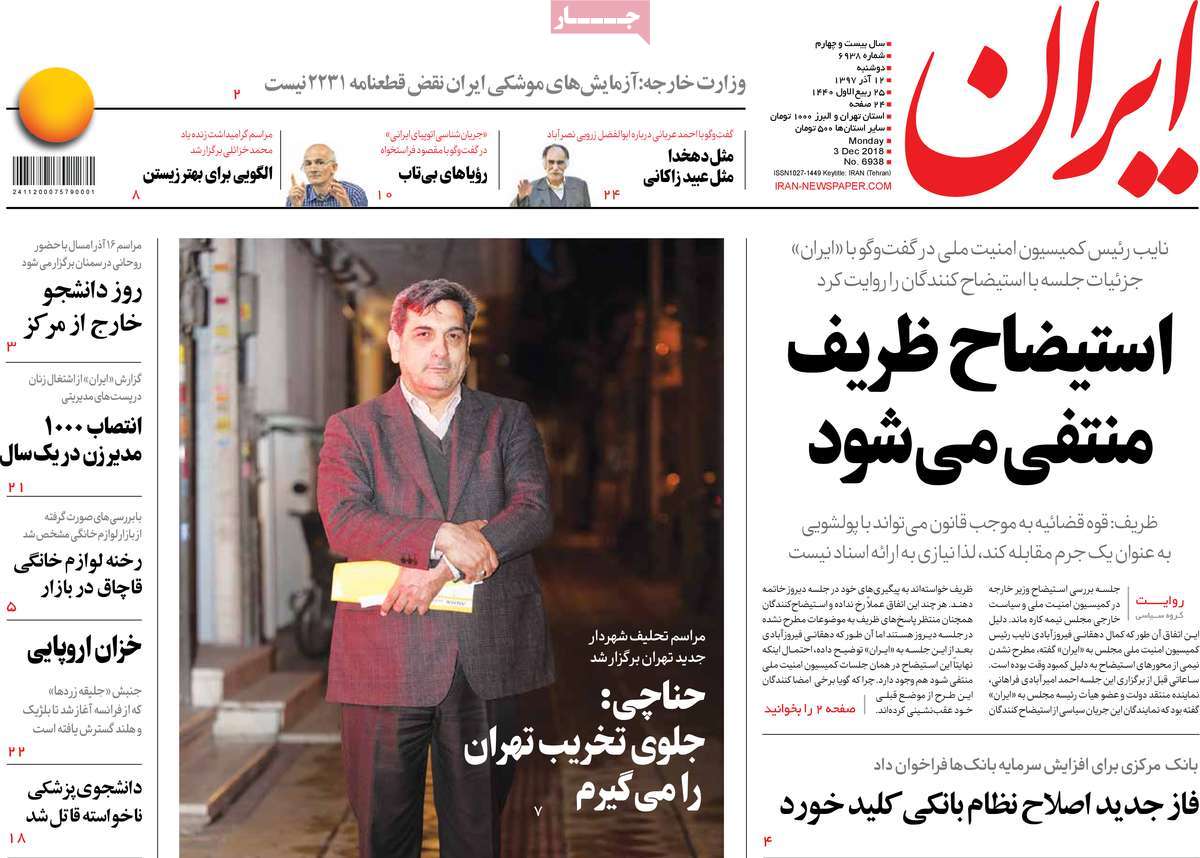 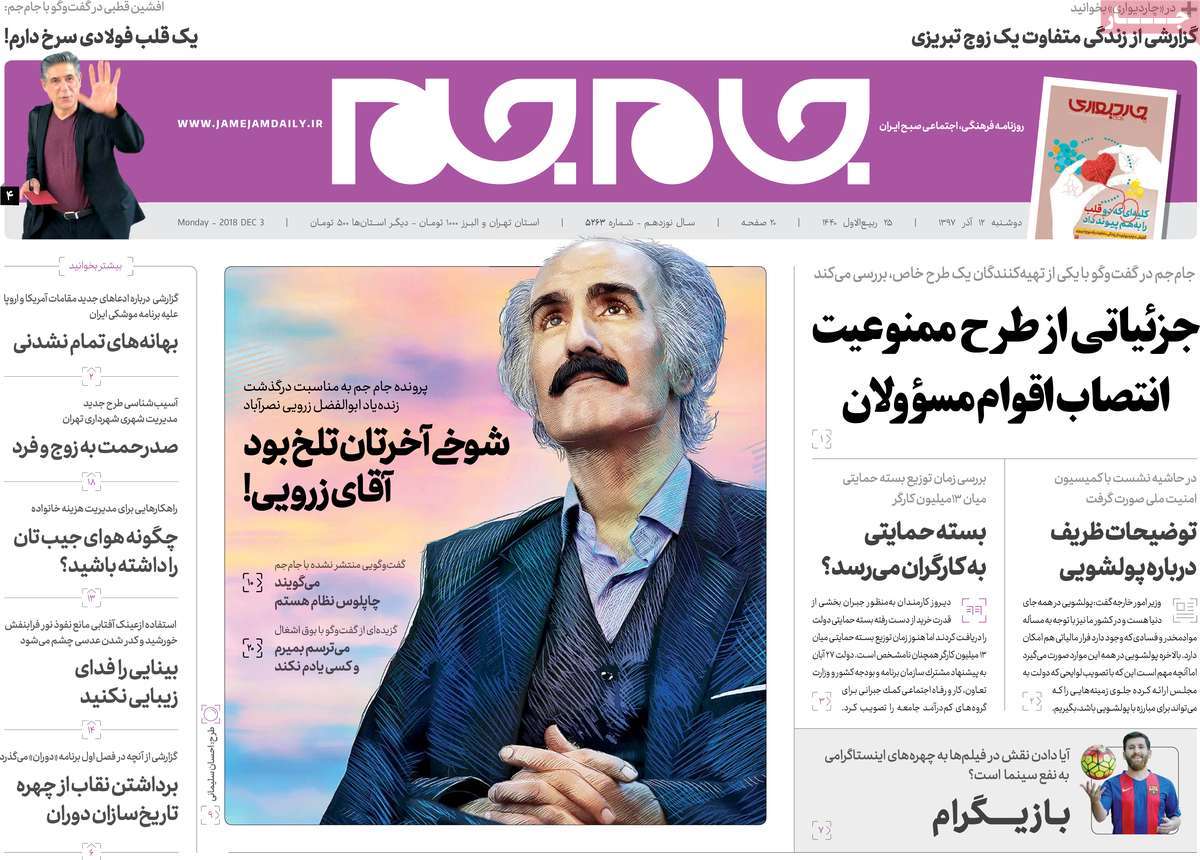 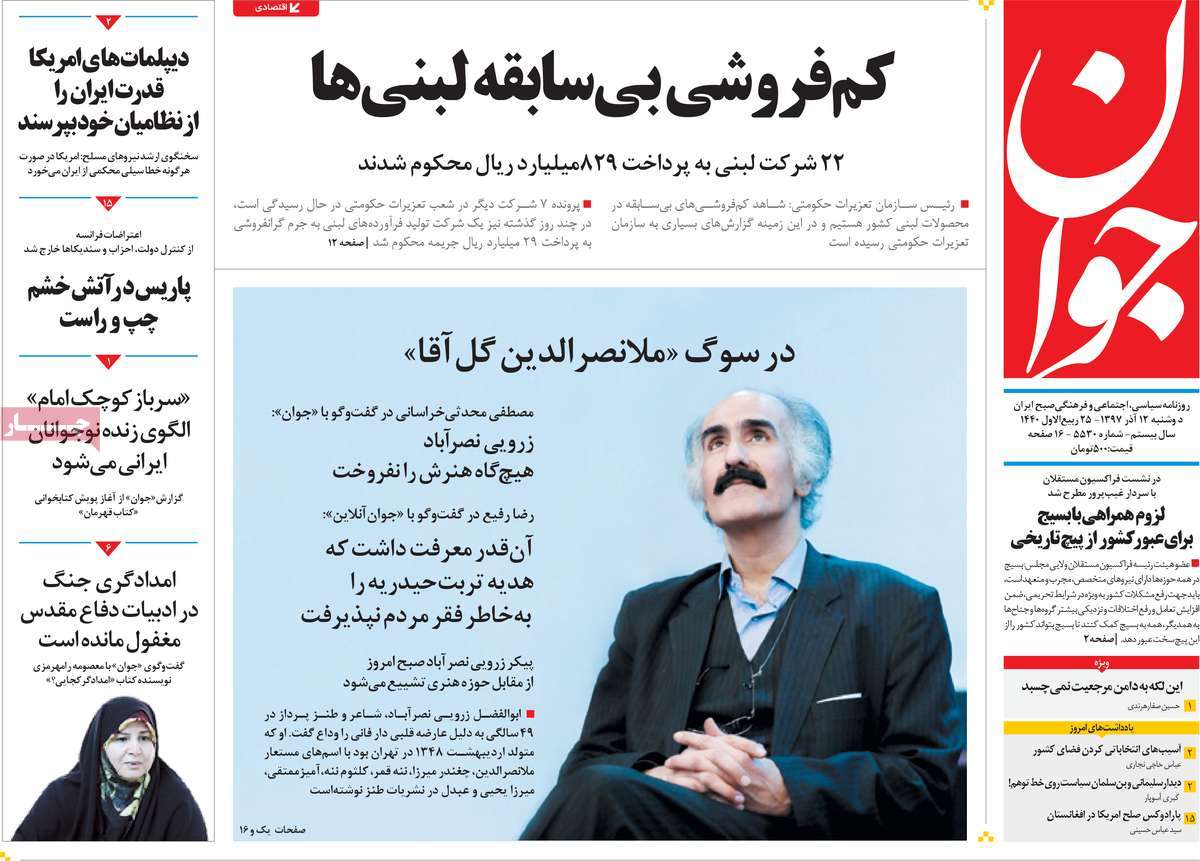 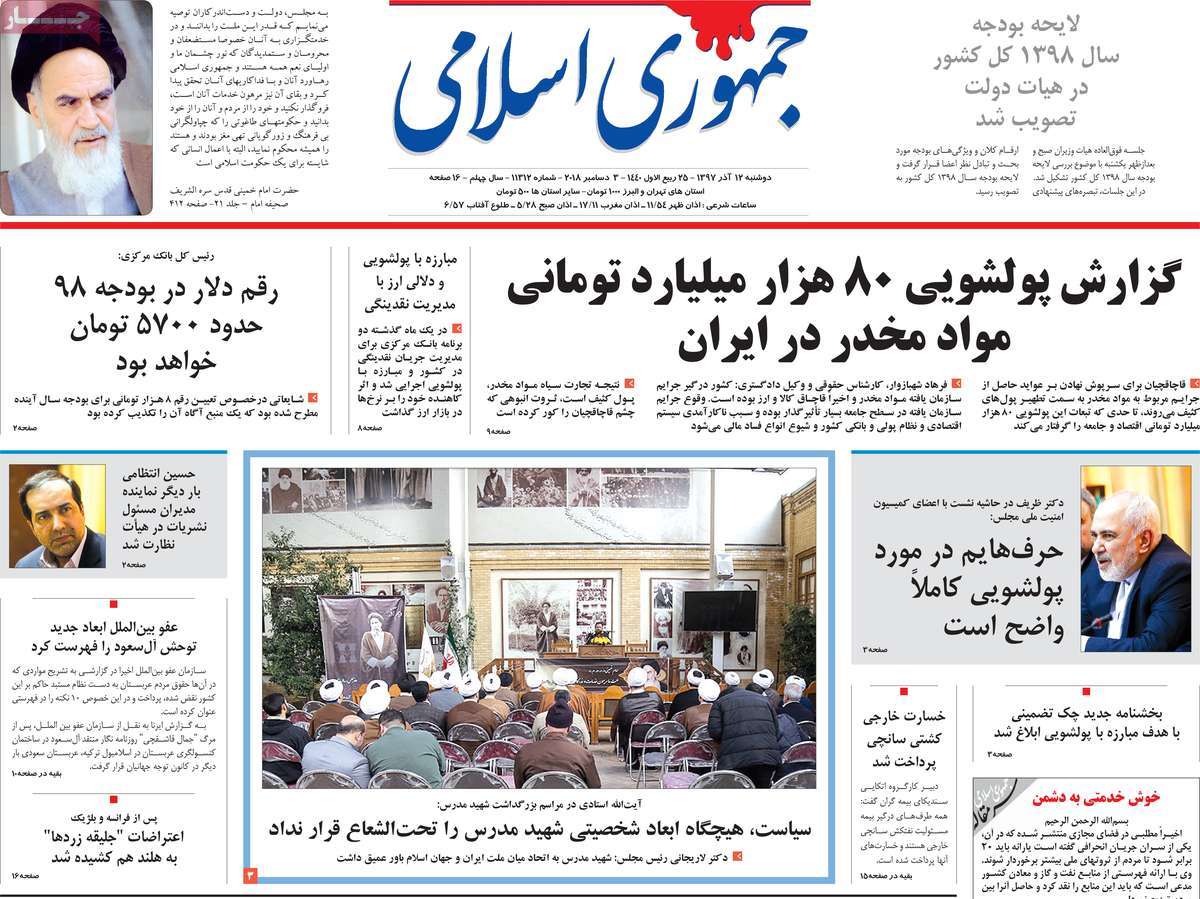 3- Putin: Stances of Tehran, Damascus Should Also Be Considered in Settling Syria Crisis

4- Adopting FATF Standards to Only Increase Effectiveness, Accuracy of US Sanctions 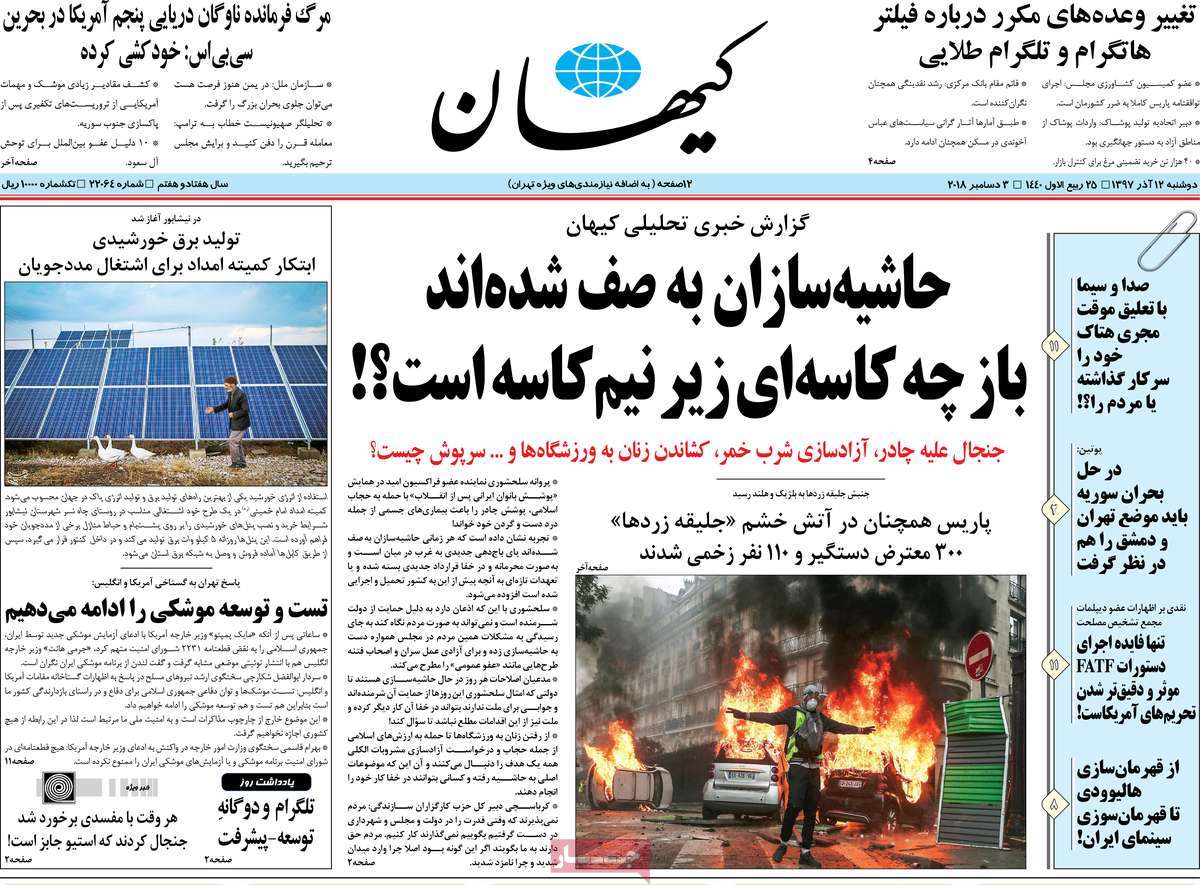 1- Iranians Being Deported from Georgia without Any Reason 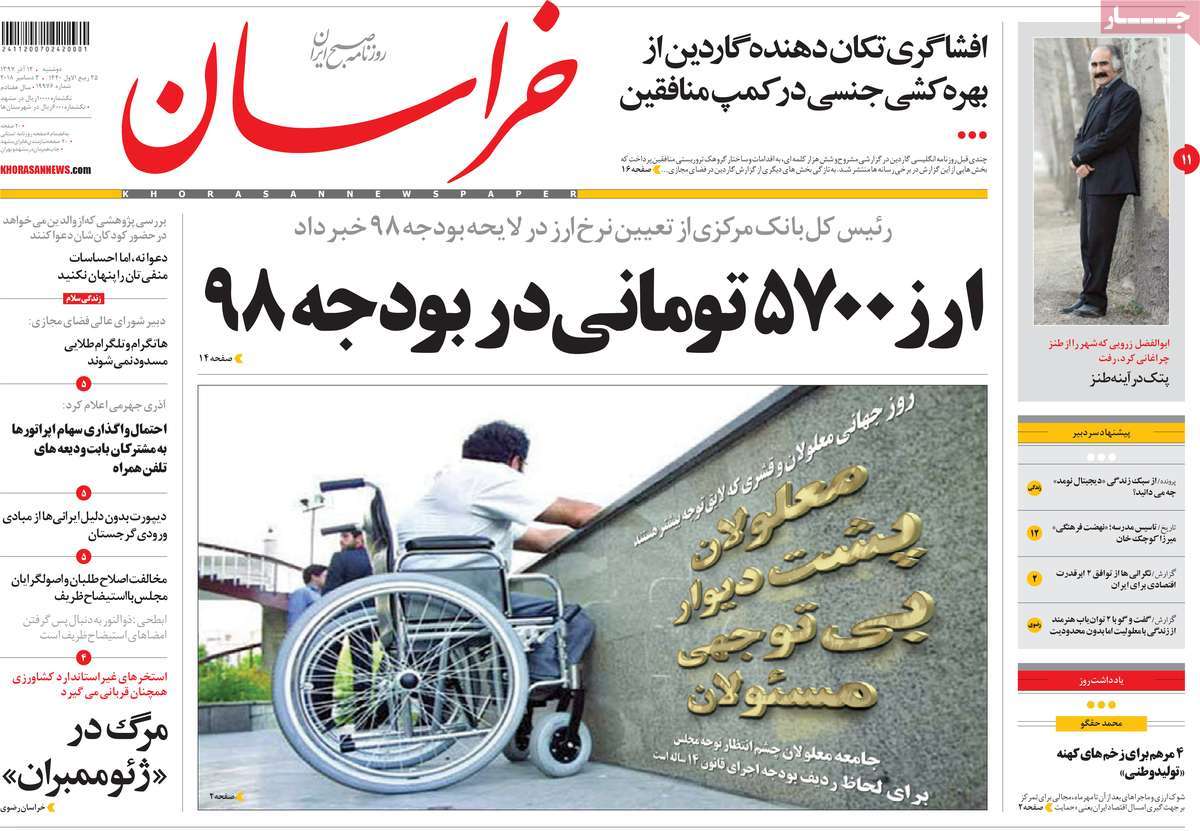 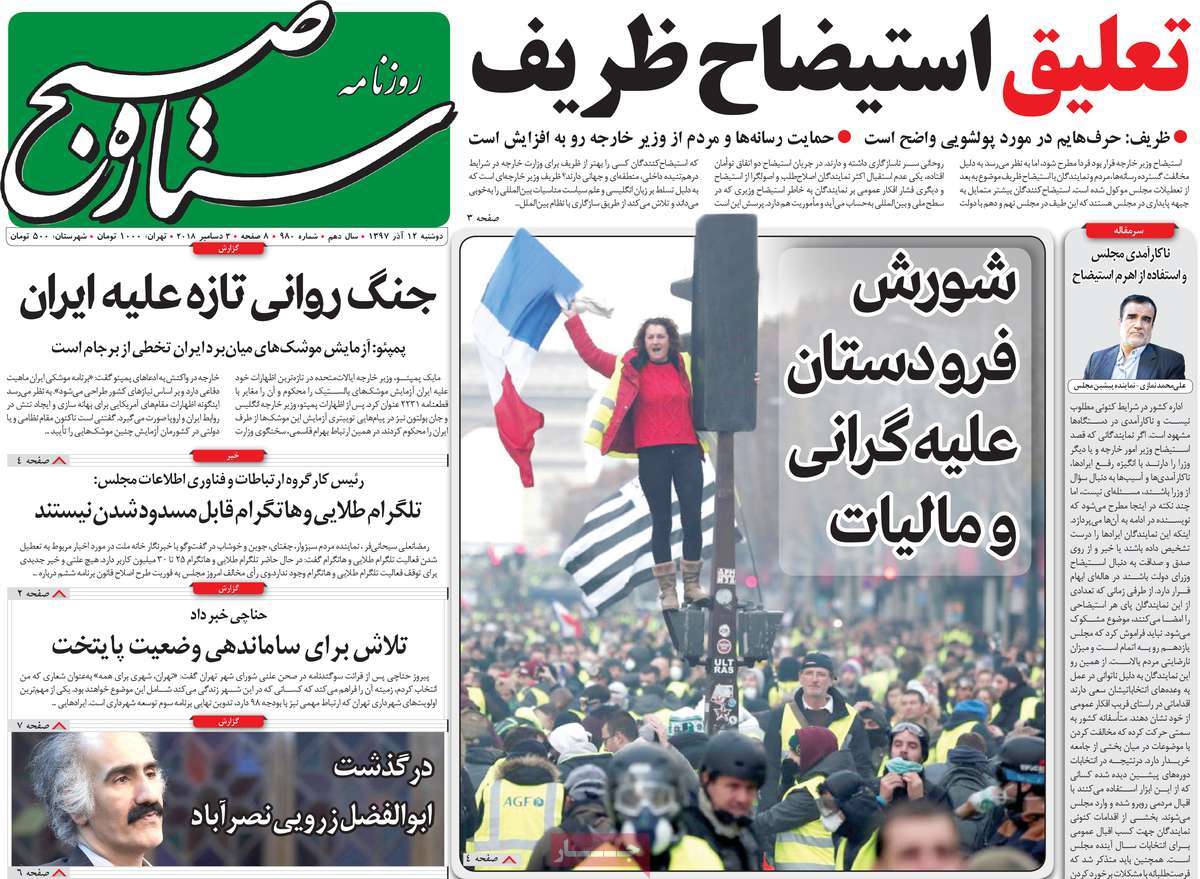 1- From North to South with Train: Benefits of Iran’s New Railway 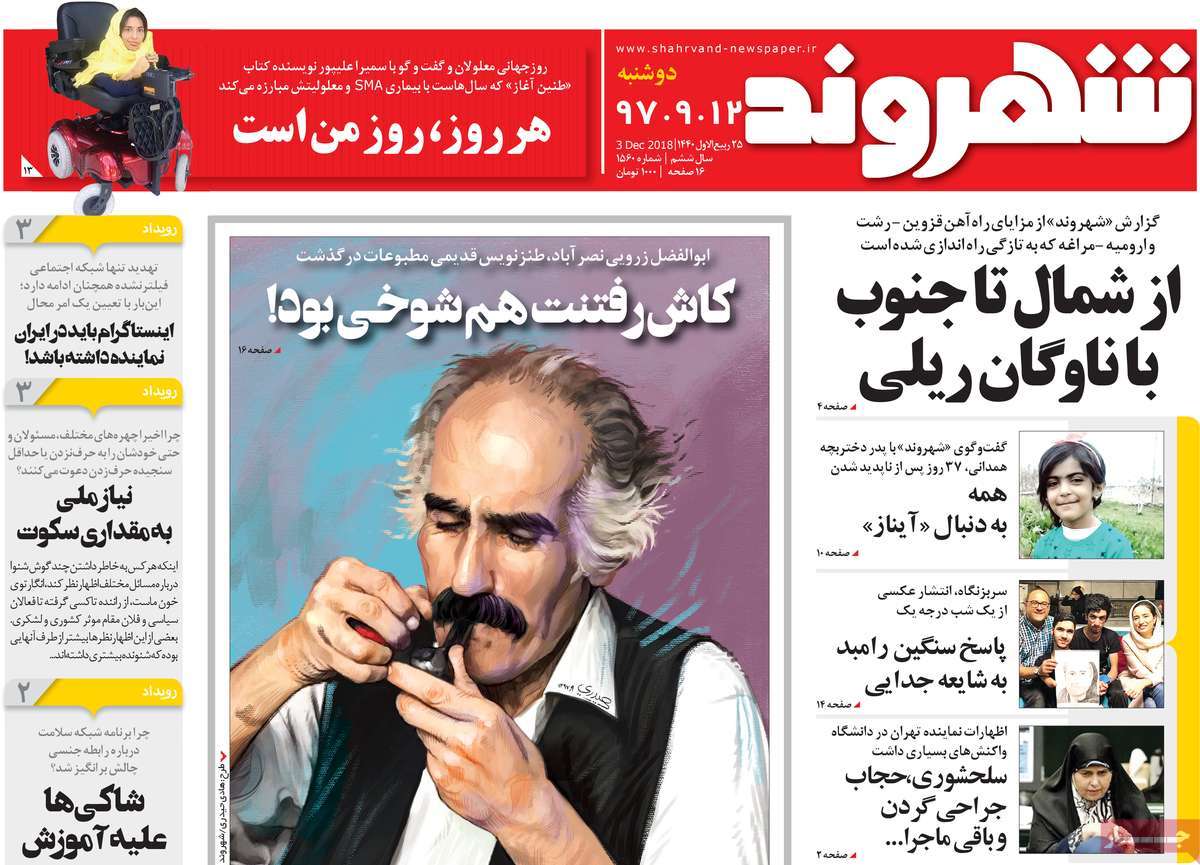 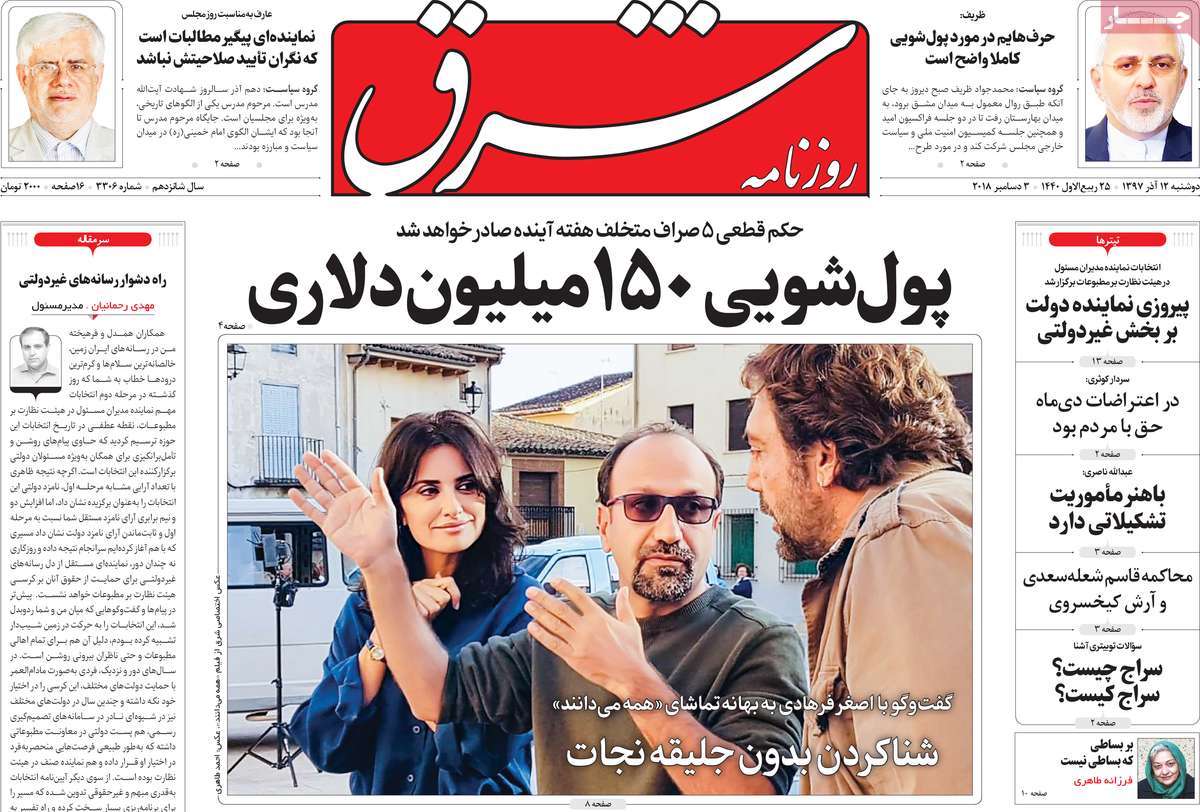