A Look at Iranian Newspaper Front Pages on December 2

Iran Front Page – IFP has taken a look at the front pages of Iranian newspapers on Sunday, December 2, 2018, and picked headlines from 17 of them. IFP has simply translated the headlines and does not vouch for their accuracy.

Also a top story was the G20 Summit in Argentina, where Saudi Crown Prince Mohammed bin Salman was sidelined, and only greeted by Russian President Vladimir Putin.

Other top stories included the recent decline in the US dollar rate as well as the advanced Sahand destroyer unveiled by the Iranian defence ministry. 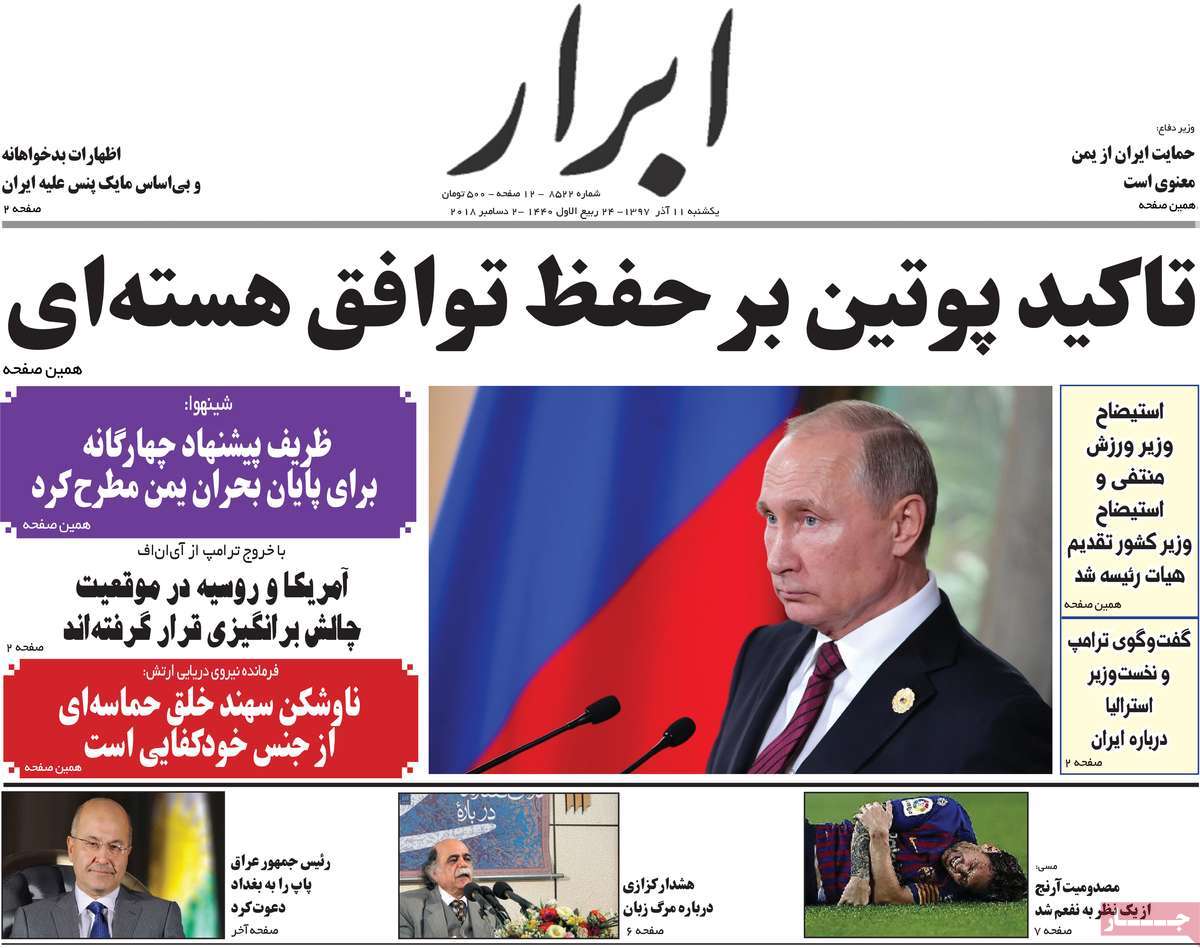 1- Plan of Left-Wingers for Next Presidential Election 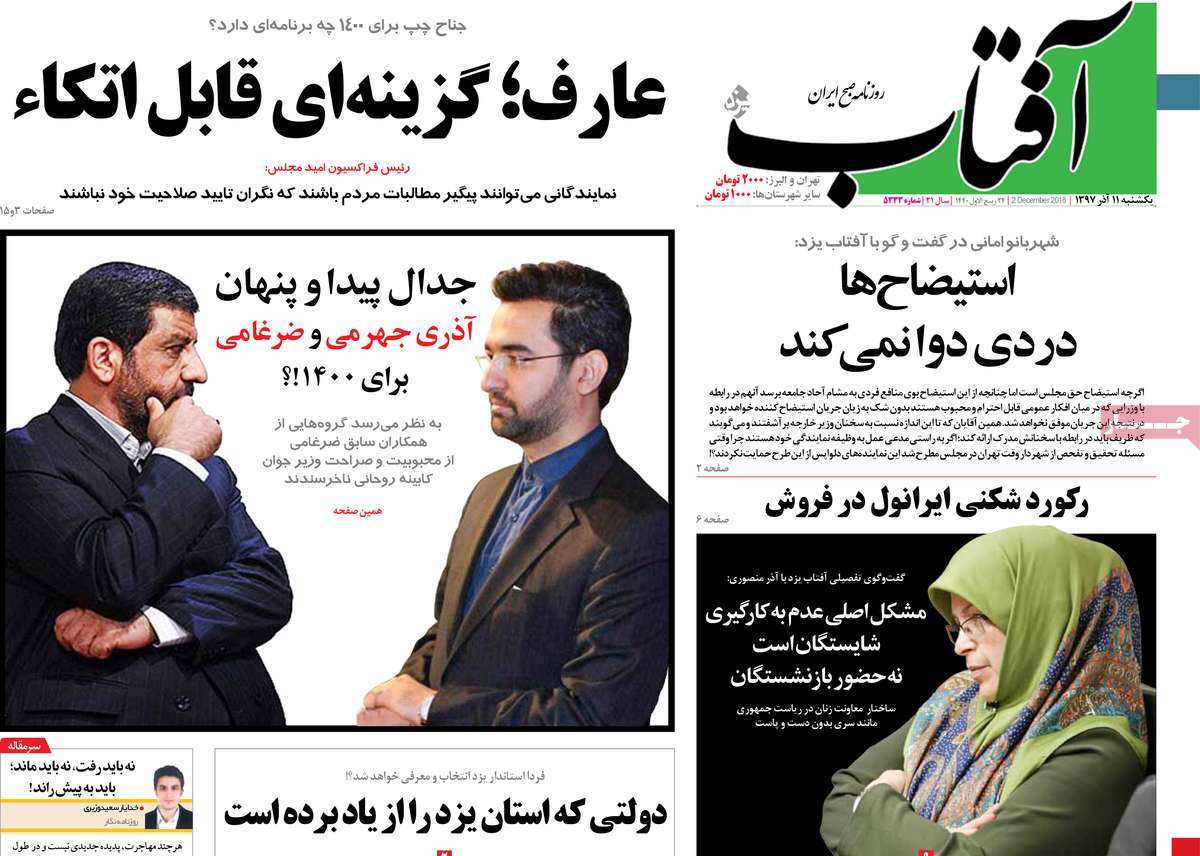 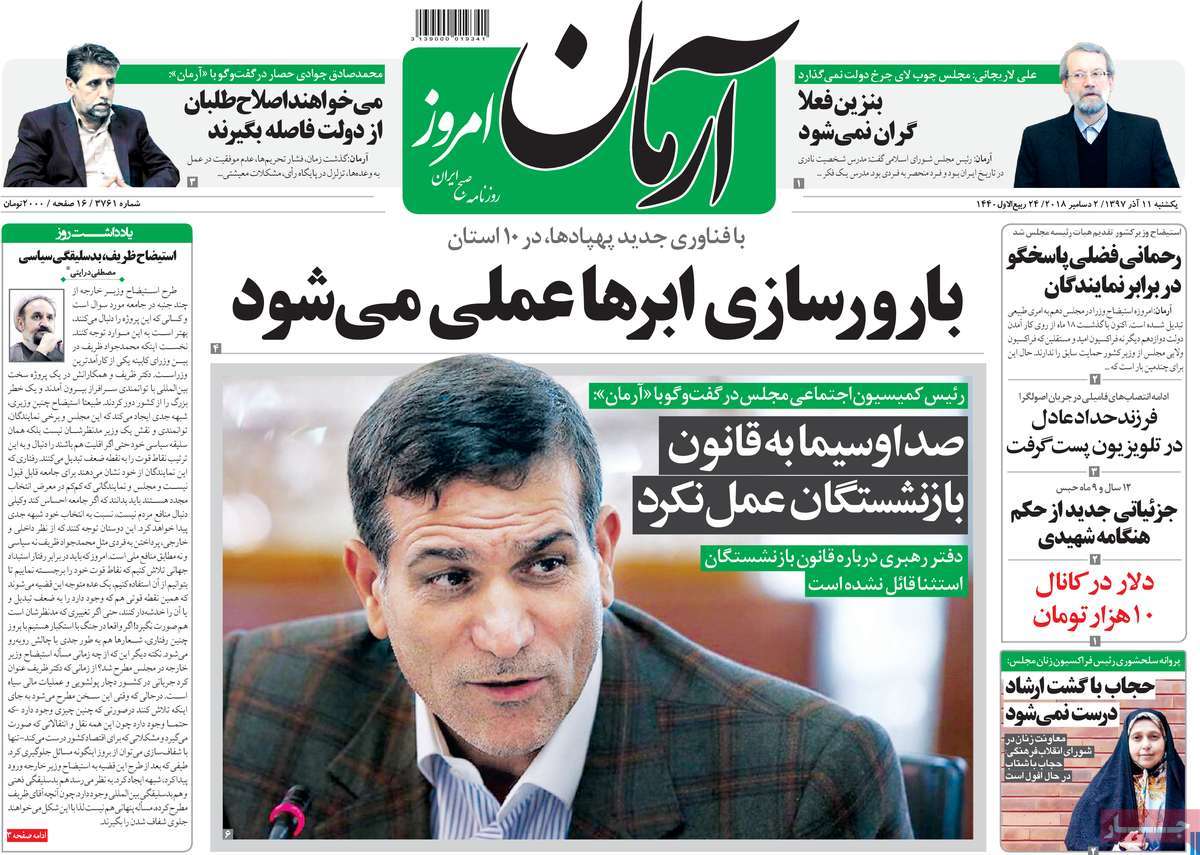 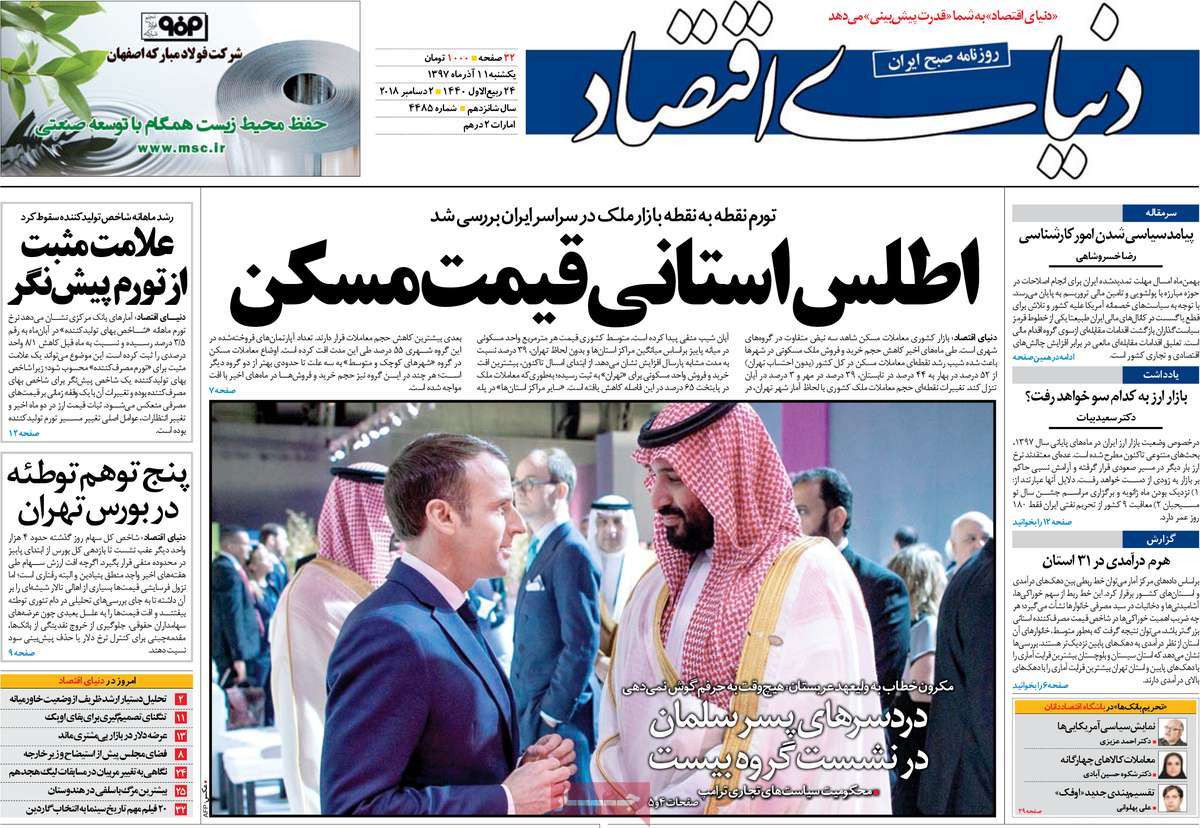 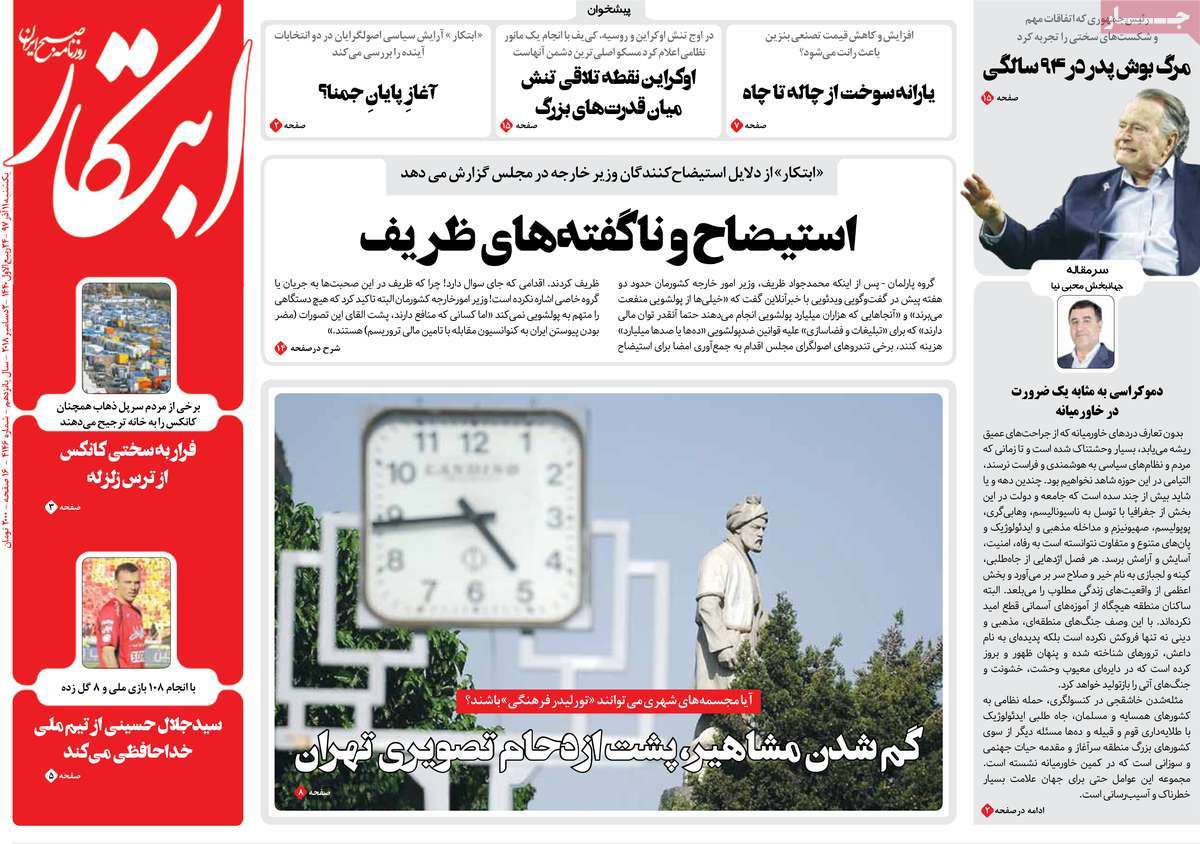 1- Central Bank Trying to Compensate for Past Mistakes

4- Aref: Plan to Impeach FM Zarif Not Favourable at All 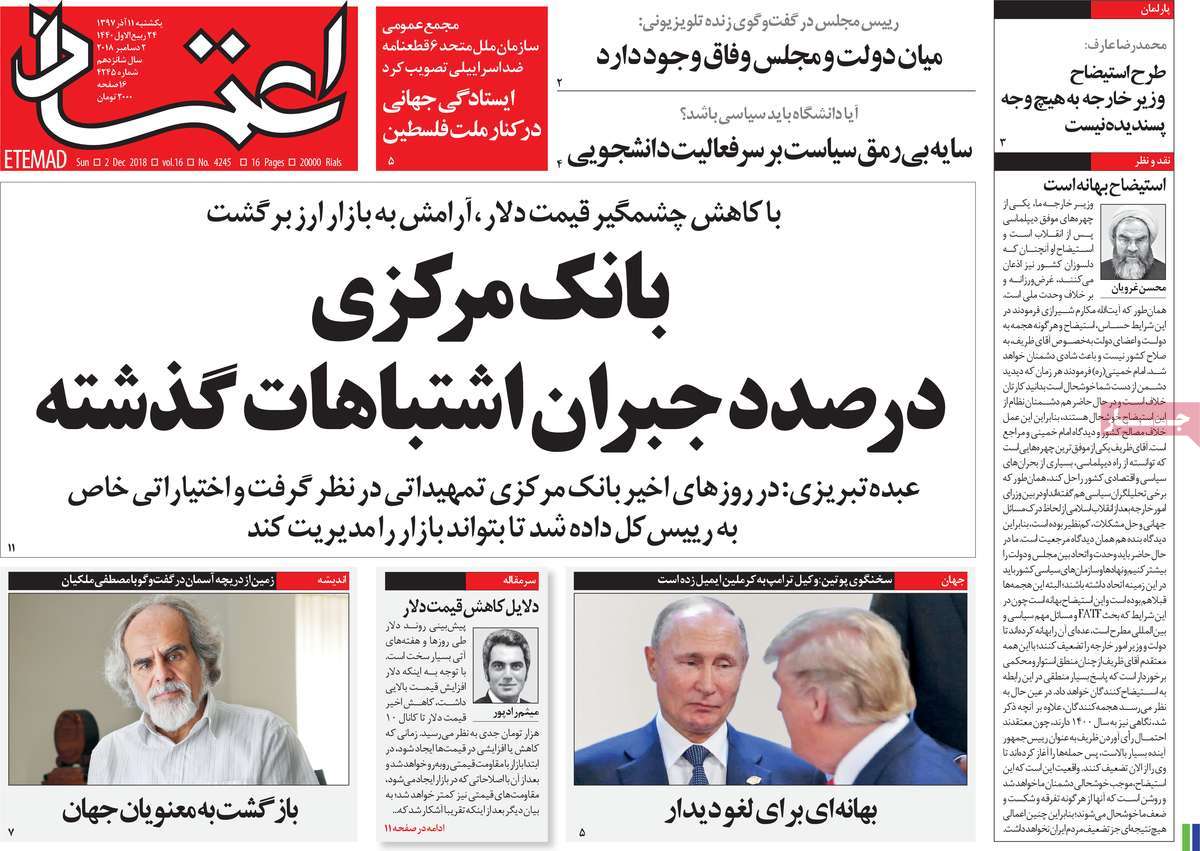 3- OPCW Conference Fails after US Stonewalling 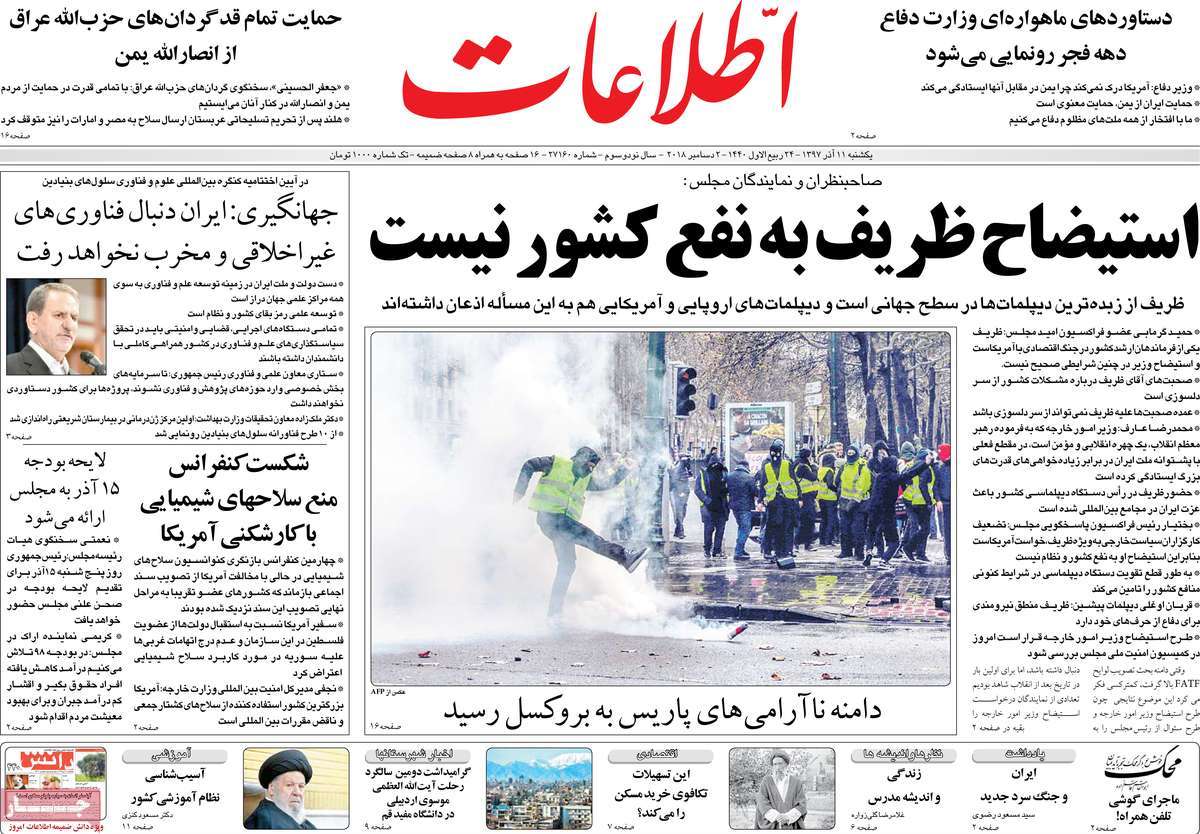 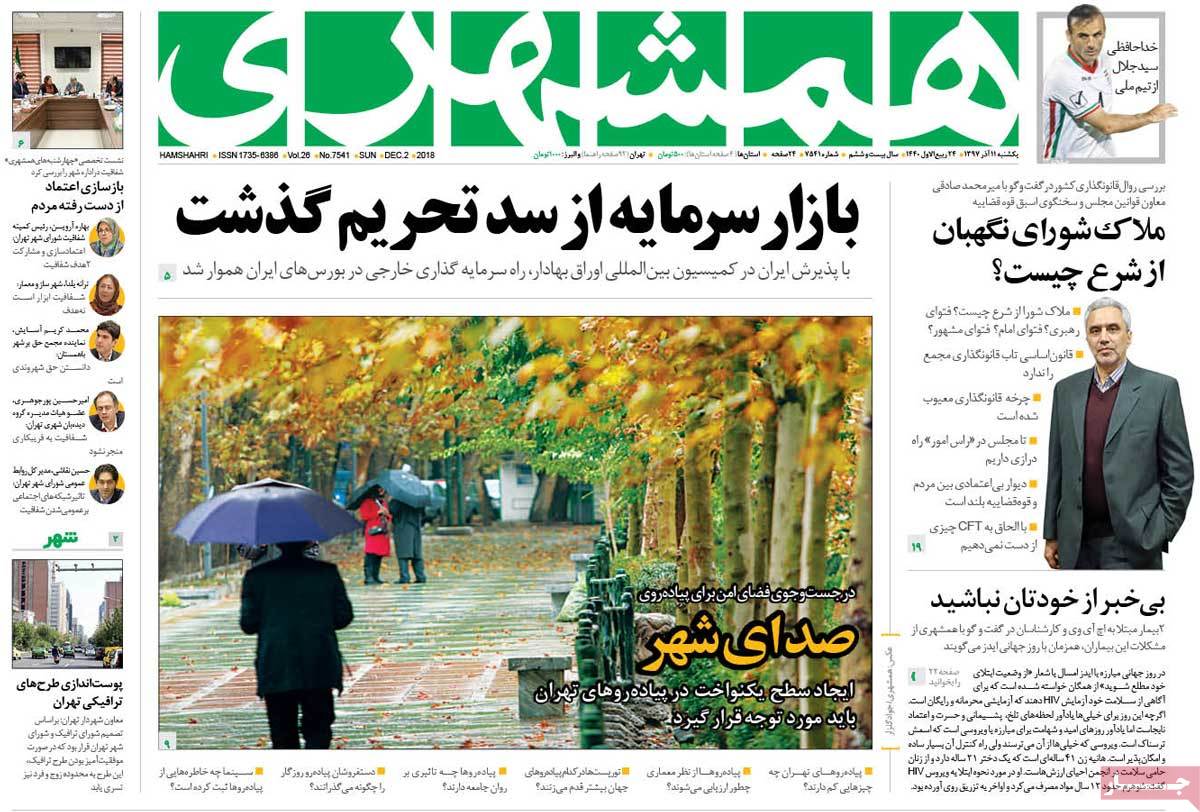 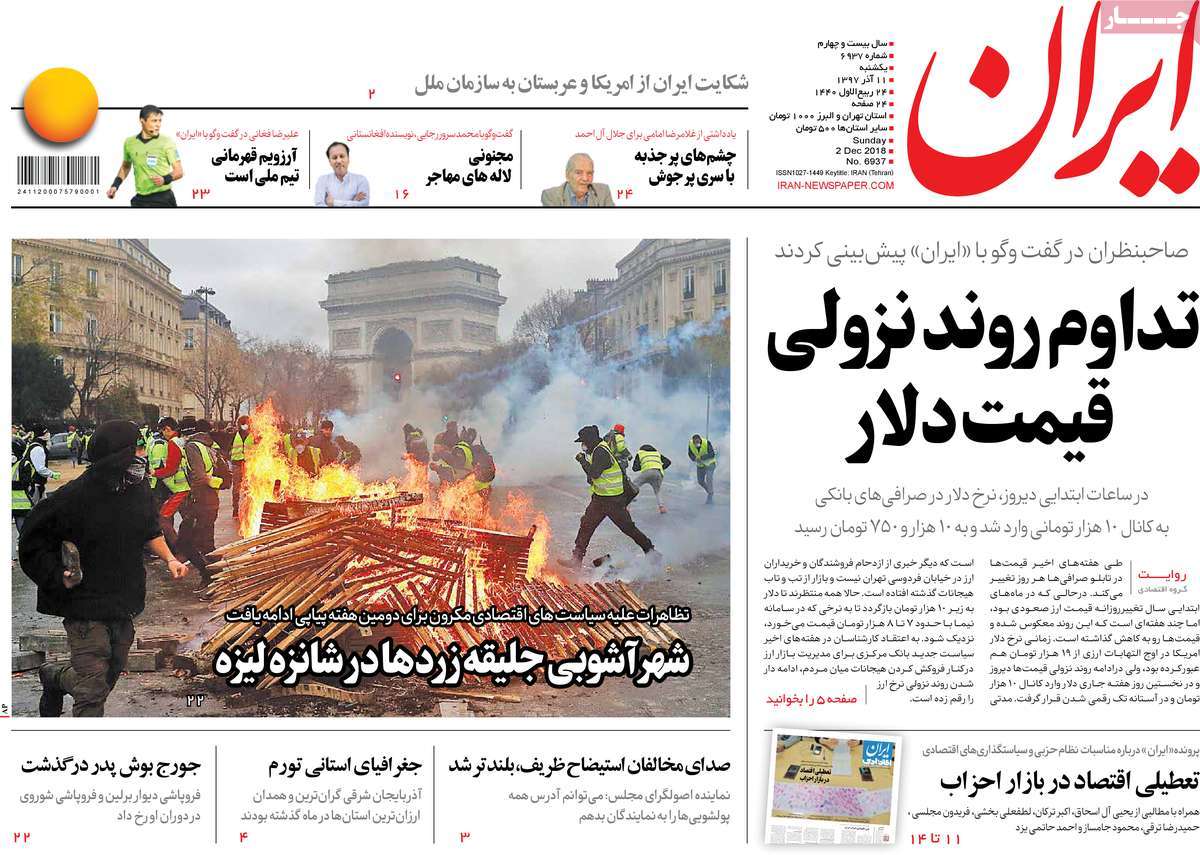 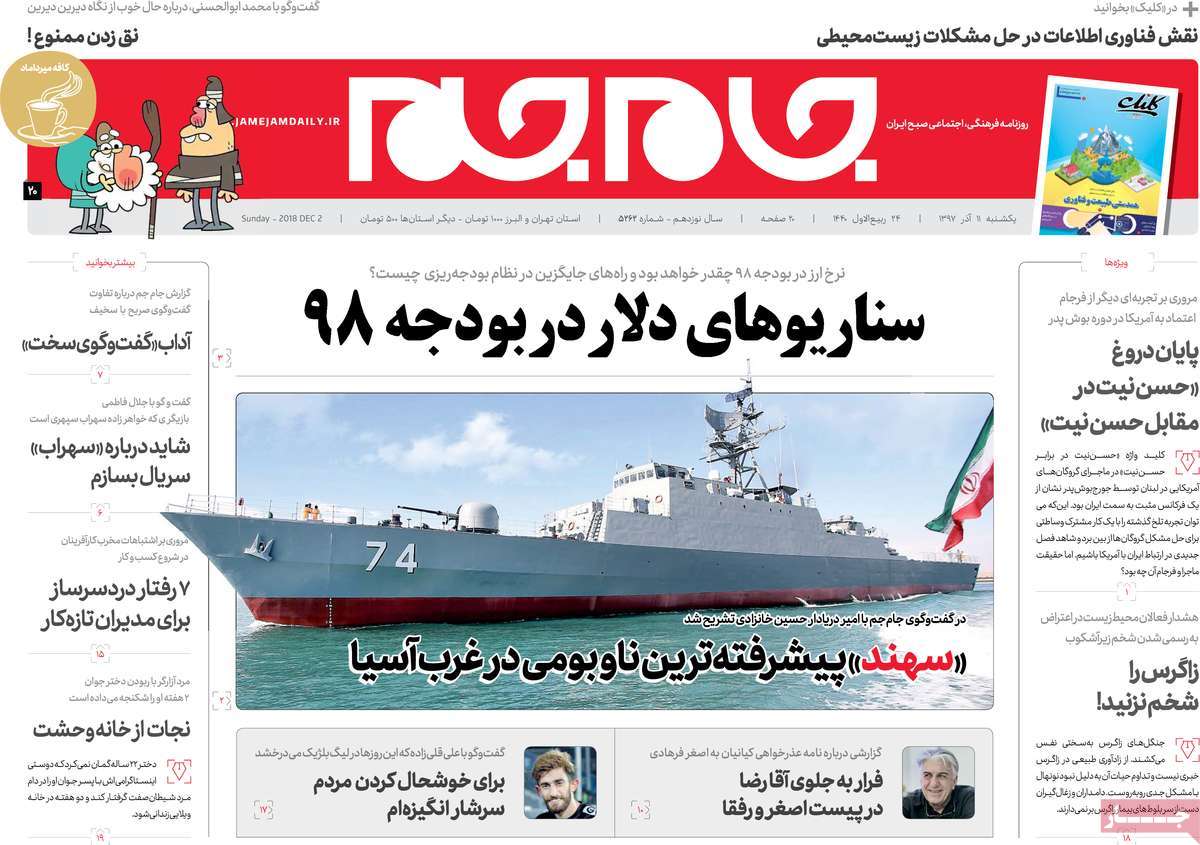 1- Protests Spread to Heart of Europe: Third Week of Protests in Paris 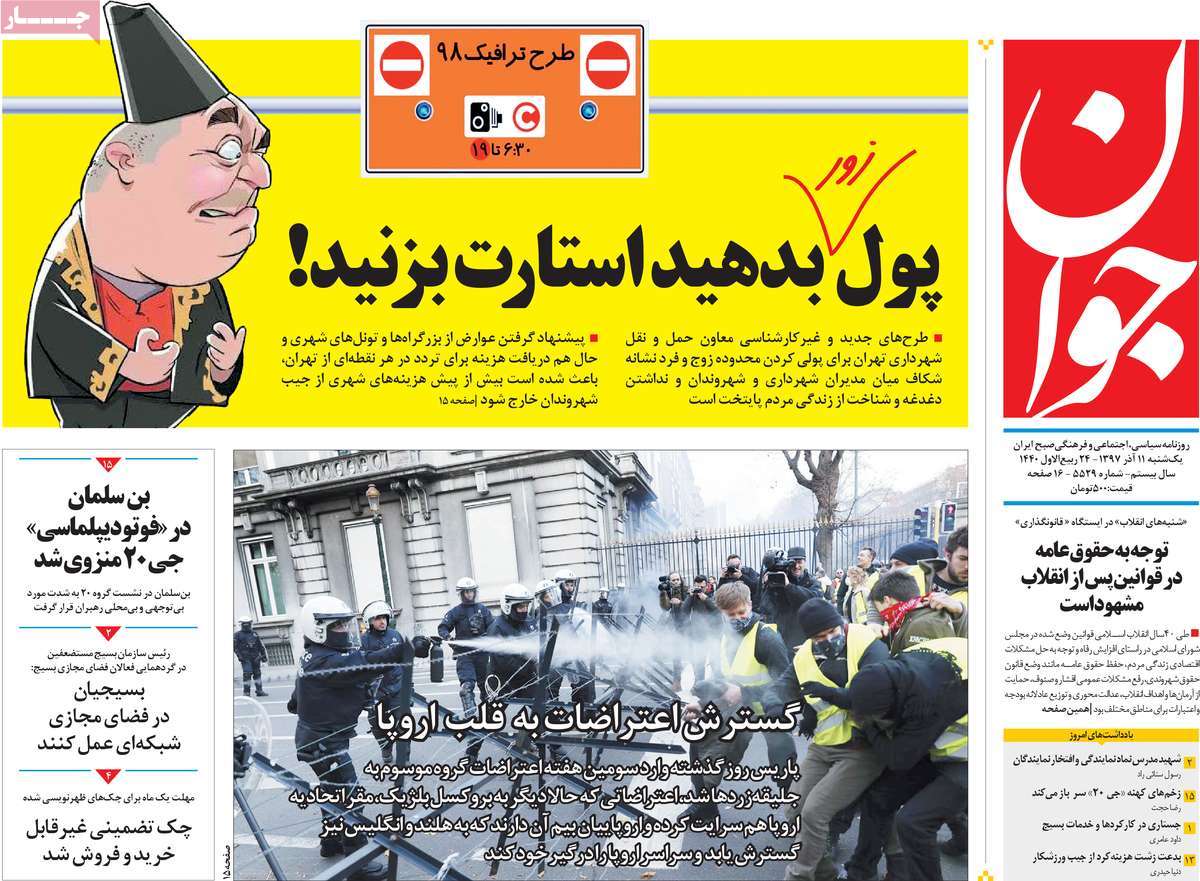 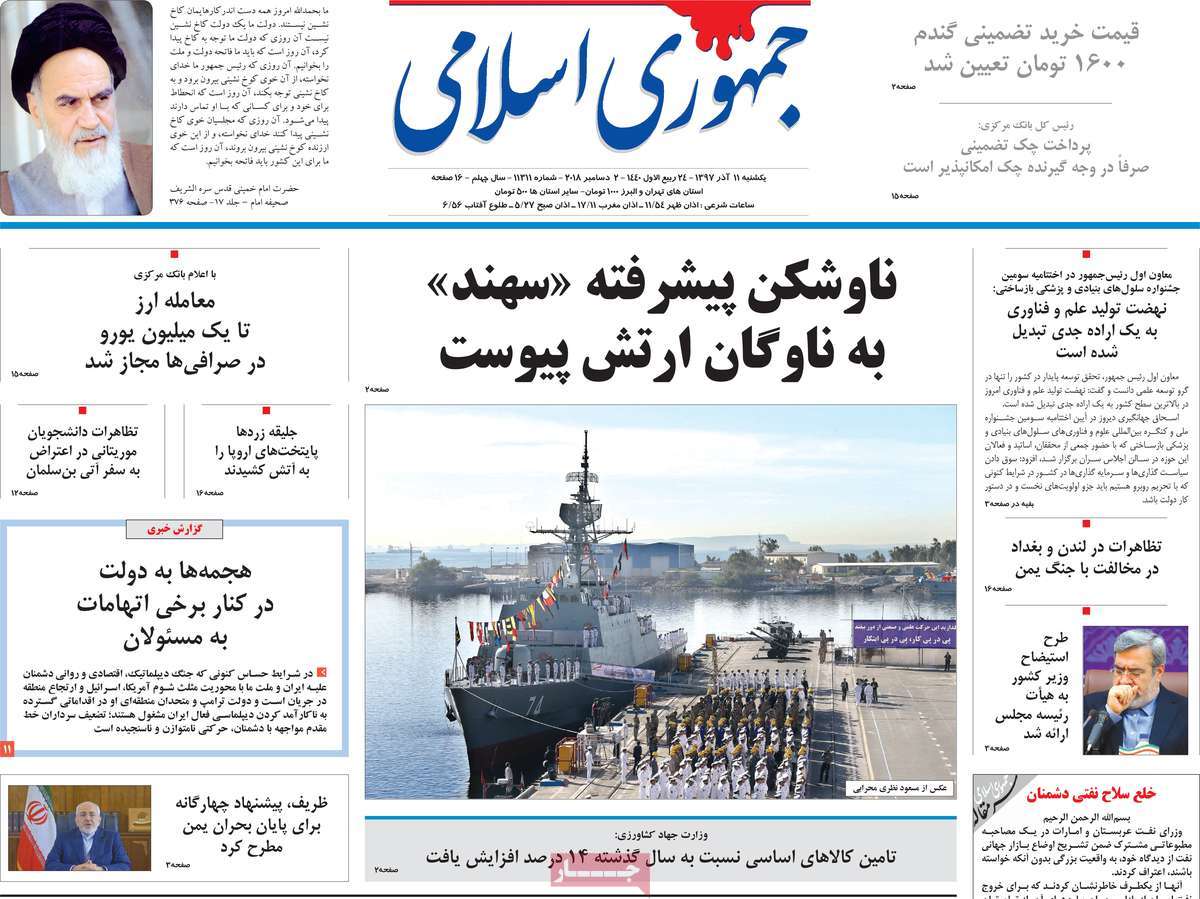 2- No Need for Germans to Guarantee Benefits of Iran Nuclear Deal! 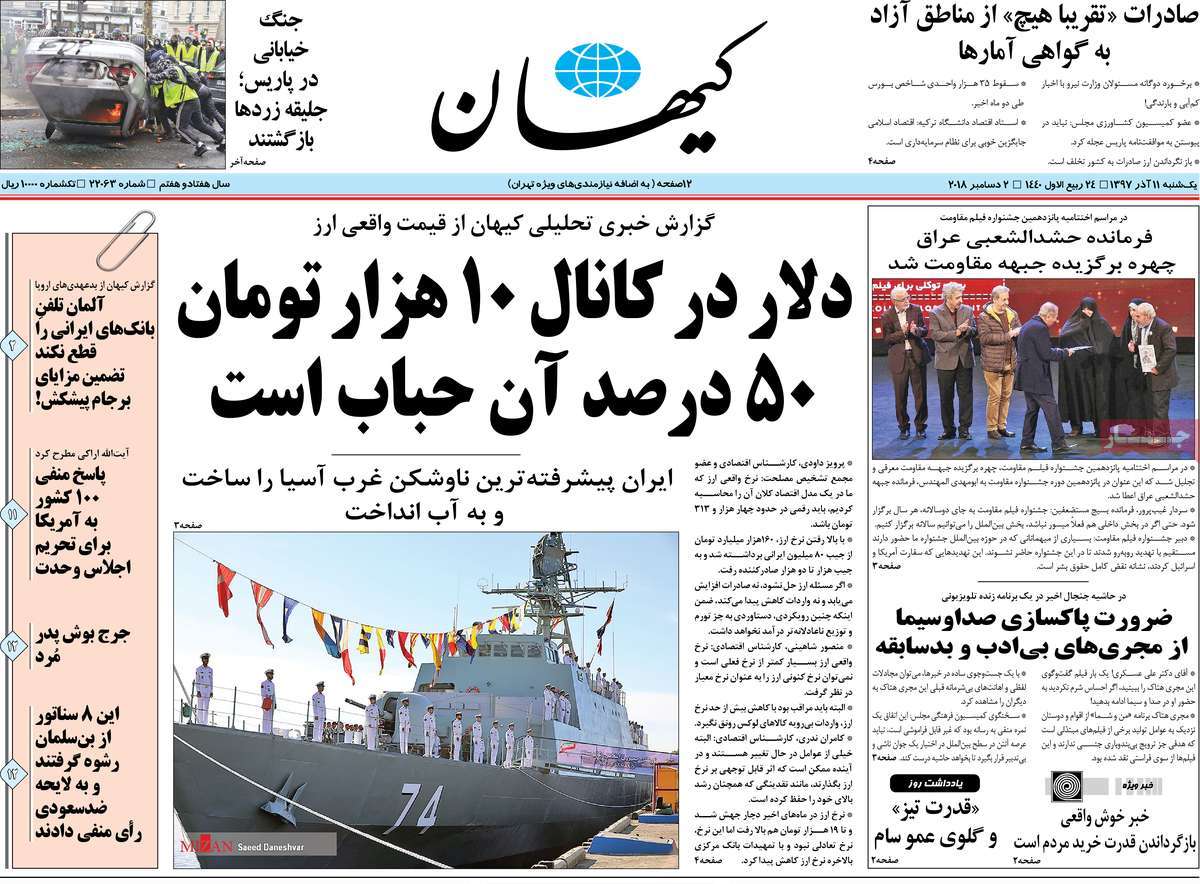 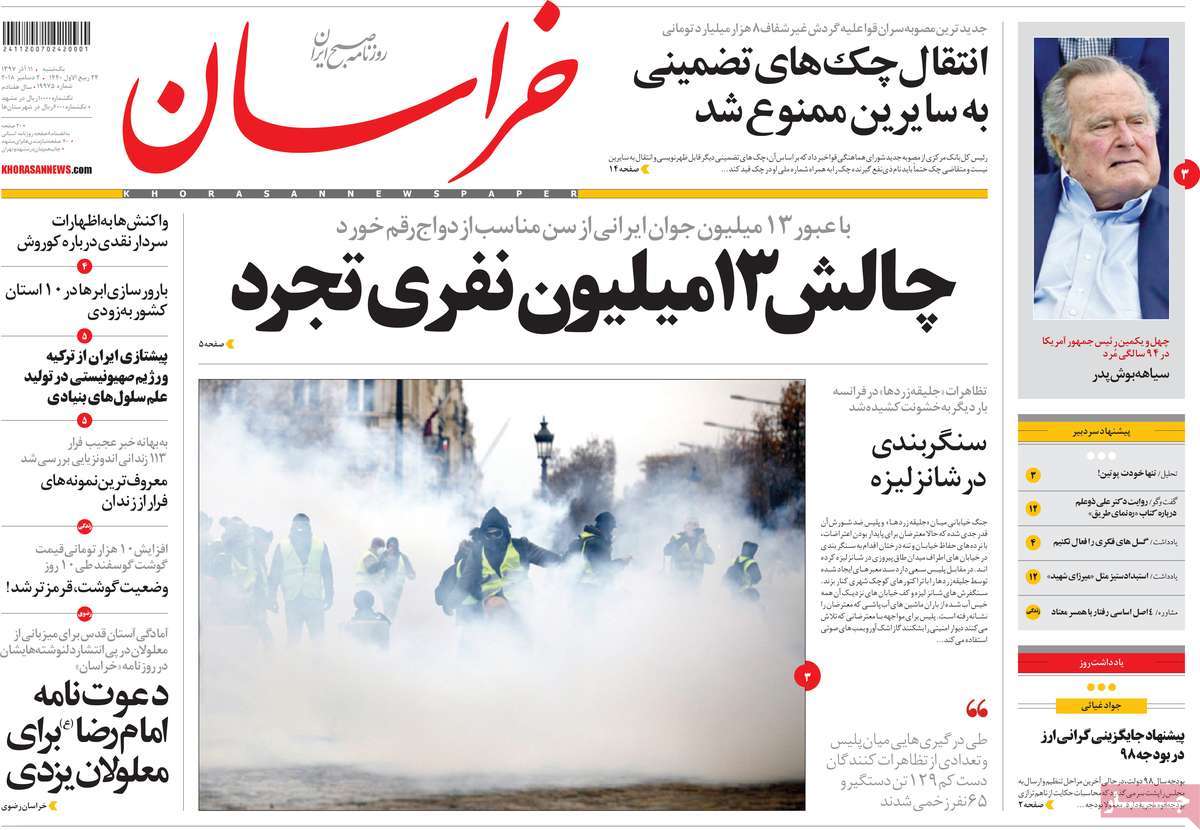 2- Iranian Economy under Scrutiny of Experts 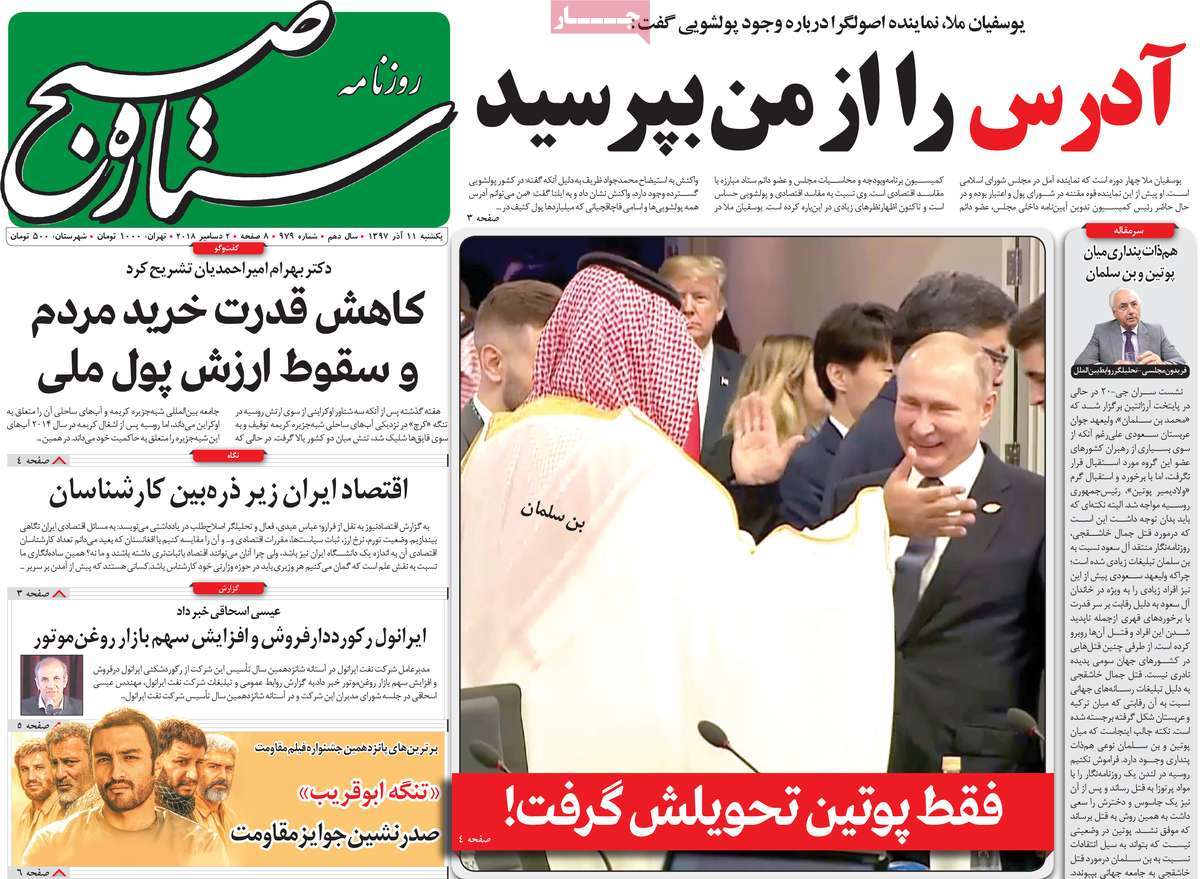 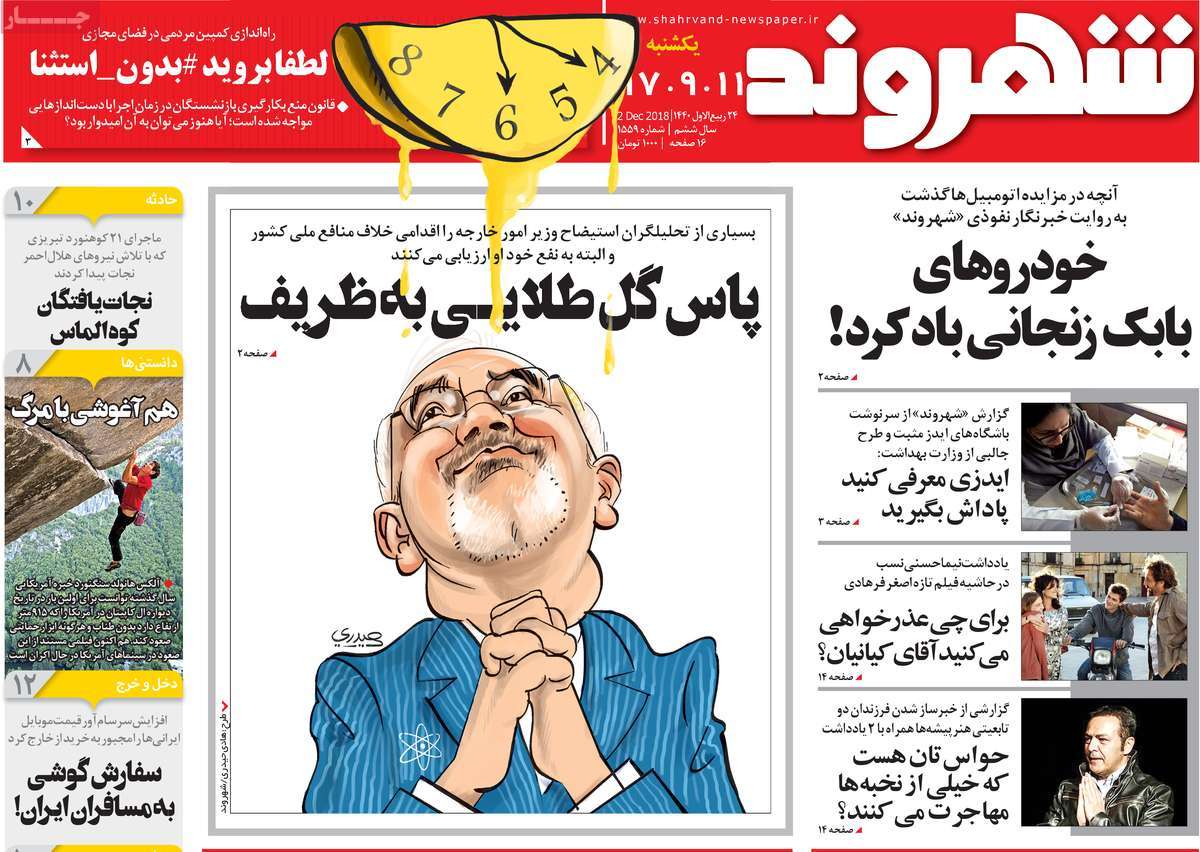 1- Unimpeachable Minister: Some MPs Once Again Seeking to Impeach FM

2- Analyst: JCPOA Was a Stone in Middle of a River

4- Why Bin Salman, Putin Are Dear to Trump [Editorial] 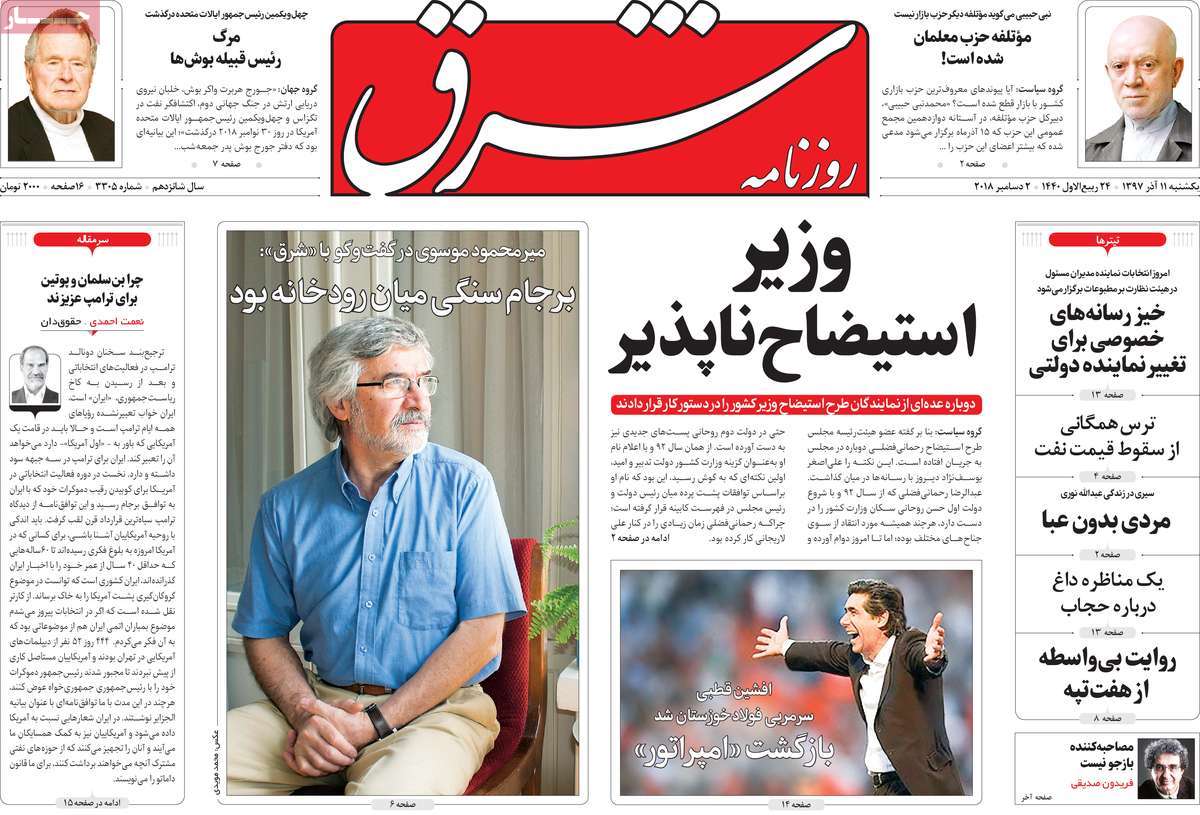