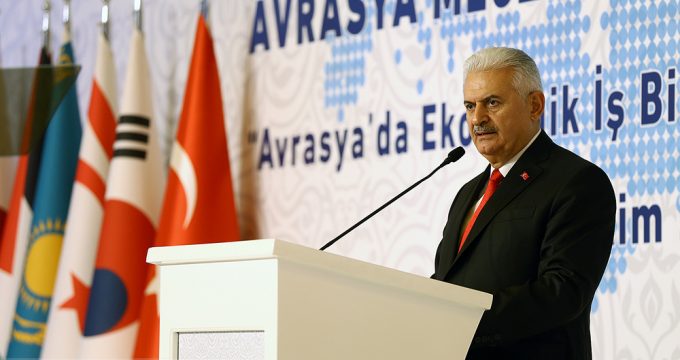 Speaking to the 11th session of the Asian Parliamentary Assembly (APA), Yıldırım said all the three countries have done a great deal to put an end to the conflict, and the fruits of the efforts are beginning to emerge.

The 11th APA session, which Turkey has its rotating presidency, began in Istanbul on Tuesday evening with the slogan of ‘Increasing the Economic Growth in Asia’.

Yıldırım said that the discussion during this summit will constitute a strengthening of constructive relations and cooperation between the members.

‘The war, disease, environmental problems and climate change, immigration, famine and other cases threaten human life and well–being,’ he added, saying the world is in a contradictory path today.

The Speaker of Turkish Parliament said, ‘Although the GNP of the world is estimated at over $ 80 trillion, there is no such thing as poverty if it is divided among the world in a fair way.’