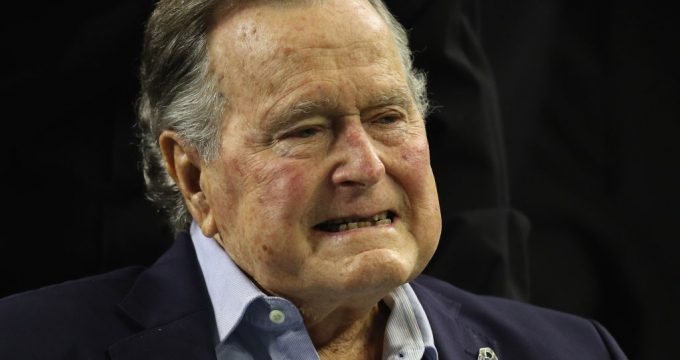 George HW Bush after shootdown of Iranian airliner by US navy: “I Never Apologize for US”

Tasnim – Iran Air Flight 655 was a civilian jet airliner shotdown by US missiles on 3 July 1988 as it flew over the Strait of Hormuz at the end of the Iraqi imposed war on Iran. 290 innocent civilians (252 Iranians and 38 non Iranians) died when the US Navy shot down it.

Speaking to a group of Republican ethnic leaders (7 Aug 1988), George H W Bush, at the time Vice President of the United States in the Reagan administration commented on a separate occasion, saying, “I will never apologize for the United States — I don’t care what the facts are… I’m not an apologize-for-America kind of guy.”

The quote, although unrelated to the downing of the Iranian air liner, has been attributed as such.

George H W Bush also defended his country’s atrocity against Iranian civilians at the United Nations by arguing that the US attack had been a wartime incident and that the crew of the Vincennes had acted appropriately to the situation.

The former US President died on Friday at the age of 94, a family spokesman said.