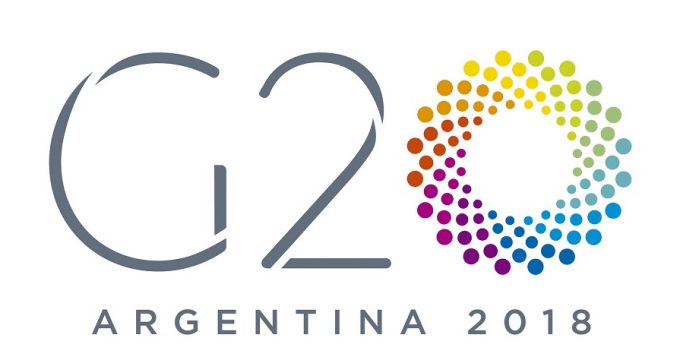 Alwaght – Leaders of the globe’s largest economies, known as Group of 20 (G20), are gathering today in Buenos Aires, Argentina, for their 13th summit.

The summit is taking place while it is overshadowed by a set of global issues. The world is now under the cloud of an intensified trade war between the world’s largest economies the US and China. Some of the members of the bloc with oil-reliant economies are unhappy with the falling oil prices. Syria’s war has not ended yet. Saudi Arabia continues the war on Yemen despite mounting international pressures. A large number of the world countries are discontented with Washington’s economic policies. The warnings about underestimated climate change are rising, and most importantly, there is a growing question about the collective international financial and political order under the US leadership. While the world struggles with such challenges, the G20 holds its meeting to draw a roadmap for the global economy and politics in a mixed atmosphere of optimism and pessimism.

G20 makeup and roots of its establishment

After the collapse of the Soviet Union and liberation of the Central Asian and Eastern European states from the yoke of communism, a sense grew strong that the world’s open-economy policy is the right choice and that universal profit should be made from the competitive open-economy order. Besides, in the 1990s, an economic crisis affected Asia, South America, and Russia. This created a need for a bloc to add these financial crisis-hit regions to the already industrialized powers. Before G20, there was a group of five global powers including the US, Japan, France, Germany, and Britain. Then Italy, Russia, and Canada were added to form G8 (G7 since 2014 as Russia was ousted following the Ukraine crisis). The list, however, was short of the emerging economies. So, in 1999, the Group of 20 countries was officially formed.

In addition to leaders of the world’s 20 largest economies, the representatives of some of the global financial organizations including the International Monetary Fund and the World Trade Organization and a couple of other UN bodies take part in the summit.

Together, the G20 countries account for two-thirds of the world economy and 85 percent of the world’s gross domestic product (GDP), beside occupying three-quarters of the world trade. The group has a leading role in the world financial system’s regulation. For example, although all of the world countries are members of the IMF and the WTO, these 20 determine the agenda of the two global financial bodies.

Buenos Aires meeting and the challenges ahead

At the 12th summit, held in Germany in early July 2017, the US President Donald Trump’s stances were in stark contrast with the other influencers. A year after the meeting, the same cleavages remain in place with China and the EU and in some cases even worsened. On September 7, Trump threatened tariffs on $267 billion more of China goods. He reiterated his warning this week, saying 10 to 25 percent tariffs will go in effect if Washington does not reach a trade agreement with Beijing.

The analysts suggest that at Friday summit, Trump will put bilateral ties on top of his agenda where the US interests are secured rather than focus on a collective trade mechanism. Such prediction makes the participants doubt the summit will come out with any positive results. This was pointed to by Olaf Scholz, the German Minister of Finance, ahead of his departure to Argentina.

The West Asia region’s crises are expected to find their way to the meeting’s agenda. Insecurity in Afghanistan, the recent chemical attack on Syria’s Aleppo by the terrorists, and escalation of the war in Yemen’s Al Hudaydah port city are expected to attract the largest debate. Yemeni warring sides have less than a month to resume peace negotiations. Argentina gathering may leave an influence on the course of Yemen dialogue.

The success of the 13th summit is tied to seeking settlements for these crises. The US and Saudi Arabia are the two main countries of the anti-Yemen aggression. The killing of the famed Saudi journalist Jamal Khashoggi at the Saudi consulate in Istanbul on October 2 sparked serious reactions from EU, Turkey, and the US interior. So, Trump has to have a justification if he wishes to meet the Saudi Crown Prince Mohammed bin Salman who ordered the killing. President Recep Tayyip Erdogan of Turkey and EU leaders show no enthusiasm for a meeting with the Saudi de facto ruler.

The gap highlights the flaw in the selection of the G20 members. The justification for the G20 members for rejection of new members is that each region of the world has representatives in the club which can represent interests of that region. But some members can never truly represent their own region. Some even get involved in decisions damaging to their region’s interests. Saudi Arabia is a convenient example. Riyadh played a crucial role in Iran sanctions and brazenly boasts of efforts to impair the Iranian economy. It also has Qatar under its all-out political and economic blockade. The Qatar crisis and the violation of UNSC 2231 resolution on Iran nuclear deal by the US sanctions will be challenging to the Buenos Aires conference.

Saudi Arabia and Russia, both major oil suppliers to the world energy market, are unhappy with collapsing oil prices. They are expected to pick a dispute with the US over how much oil should be supplied to the market. This is another challenge to the summit.

Moreover, Trump seeks one-sided and quick-yielding economic policies and so is reluctant to involve in today’s investment to preserve the environment and prevent climate change in hope of future fruits. He on Monday rejected his own administration-issued report on climate change that contained a warning of global warming, arguing others such as China and Japan are to blame not the US.

The recent Russia-Ukraine naval incident in Kerch Strait also is expected to overshadow the meeting and even further strain EU-US ties to Russia. Trump on Thursday canceled a meeting with his Russian counterpart Vladimir Putin on the summit’s sidelines as Moscow rejected to release three Ukraine naval vessels.