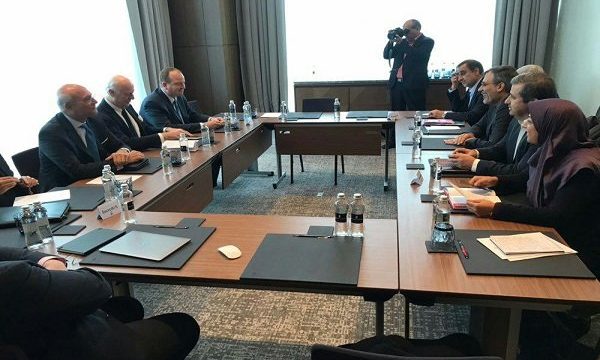 The senior officials met on the sidelines of the ongoing Astana peace talks (Nov. 28-29) in the Kazakh capital.

The meeting focused on the latest developments in establishing the constitutional committee that will rewrite the Syria’s constitution.

Senior officials from Iran, Russia and Turkey are meeting at the 11th round of the Astana peace talks in the Kazakh capital as part of efforts to find a permanent political solution to settle the Syrian crisis.

Conferring on ceasefire in Syria’s northwestern province of Idlib is among the topics of the new round of talks.