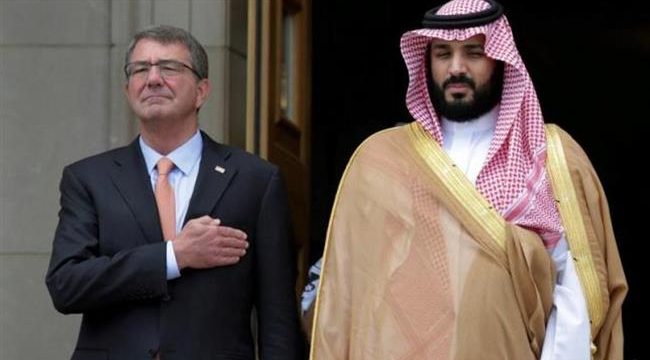 US and Saudi nuclear options

Iranian Diplomacy | Javad Heiran-Nia, Ramin Hossein Abadian: Saudi Crown Prince Mohammed bin Salman (MbS) has recently pushed a plan to build seven strategic nuclear projects in the country, including a nuclear reactor in King Abdulaziz City of Science and Technology in Riyadh. The make of the first Saudi research reactor is unclear since Riyadh and Washington have not reached agreement yet on this nuclear project.

Americans strongly insist that Saudi Arabia purchase all of its nuclear technology from American companies. But MbS is moving forward regardless, sending a message to Washington that it will do what it wants regardless of the outcome of the nuclear negotiations with the United States.

Saudi Arabia has several goals in pursuing its nuclear program. It wants to strengthen its human resources, make progress in the field of science and nuclear engineering, increase its power in the field of scientific research, diversify its energy resources, and boost its nuclear industry. After mastering the nuclear fuel cycle, Saudi Arabia also intends to sell this knowledge to its allies.

Saudi pursuit of a nuclear program is more for strategic than economic reasons. In an interview last March, MbS warned, “Without a doubt, if Iran developed a nuclear bomb, we will follow suit as soon as possible.” He made clear in this CBS interview that Saudi adherence to the nuclear nonproliferation treaty is conditional: if Iran opts for a bomb, so will Saudi Arabia.

According to Richard Nephew, who served as the lead sanctions expert for the US team negotiating with Iran ,and Robert Einhorn, who served as the US State Department special advisor for nonproliferation and arms control, the Saudis are motivated to acquire nuclear weapons but “their ability to do so is very much in doubt, at least for the foreseeable future. “

One reason for Saudi interest in nuclear weapons is a declining confidence in US support. For example, Donald Trump has said that the Saudi king wouldn’t last two weeks without US support. These remarks, and other indications like the US failure to prevent the fall of Hosni Mubarak in Egypt and its inability to apply red lines in Syria as well as Iran’s activities in the region, have caused the Saudis to consider providing for their own security.

To compensate for a potential weakening in its alliance with Washington, Saudi Arabia has established military relations with Russia and, some time ago, secretly purchased missiles from China.

Saudi Arabia is also seeking to use its nuclear program to balance Iran’s military capabilities. In this regard, Richard Nephew says, “The Saudis are concerned about Iran’s nuclear program and want to ensure that they are in possession of a similarly advanced one. What exactly would be required in that—just reactors? Enrichment?—are subjects of speculation and interest of course.” Paul Pillar, who was CIA intelligence analyst for 28 years, also believes that “the Saudis have been interested all along in developing a nuclear program, and keeping pace with Iran involves part of their motivations.”

Washington is worried about the transfer of nuclear technology to Saudi Arabia. Even if the International Atomic Energy Agency closely monitors Saudi Arabia’s nuclear activities, it cannot prevent the country from obtaining an atomic bomb. After all, some countries like India and Israel promised the United States not to seek nuclear weapons but ultimately broke their promise.

To prevent the Saudis from building a nuclear weapons program, the United States will need to insist on several guarantees. The most important issues revolve around dual-use technologies, such as uranium enrichment and spent fuel reprocessing, which can be used for either civilian or military purposes. As Richard Nephew says, “The Saudis may not wish to give up their right to such technologies (an opinion not unfamiliar to Iranians) but this is not the same as seeking those technologies outright.” Further, Washington could insist that Saudi Arabia adopt the Additional Protocol, an agreement that provides the IAEA additional monitoring and access rights, acquisition from foreign suppliers of nuclear fuel for the entire life of the reactor, and the return of the spent fuel from the reactor to the supplier.

Of course, the United States worries that imposing more limits on the enrichment of uranium and reprocessing of spent reactor fuel will merely push Saudi Arabia toward non-US companies.

As a model, the United States has looked to the agreement it reached several years ago with the United Arab Emirates. In that accord, the UAE agreed to forgo enrichment and reprocessing in return for receiving nuclear material, equipment, and know-how from the United States. This 123 Agreement (based on Section 123 of the US Atomic Energy Act of 1954) has become known as the “gold standard.”

Saudi cooperation with American companies requires such a 123 Agreement between the United States and Saudi Arabia. But the Trump administration hasn’t decided whether it will insist on the “gold standard” provisions against enrichment and reprocessing, though some members of Congress and nonproliferation advocacy groups have insisted that it do so. The United States should promptly negotiate and finalize a 123 Agreement with Saudi Arabia. But it must follow the gold standard. In this way, the United States can contribute to Saudi Arabia’s efforts to modernize its economy and society and yet also ensure that Riyadh does not acquire nuclear weapons and destabilize the Middle East even further.

Javad Heiran-Nia is the head of the international desk of Mehr News Agency (MNA), a semi-official, state-funded news agency and one of Iran’s biggest agencies. Ramin Hossein Abadian is a journalist with MNA