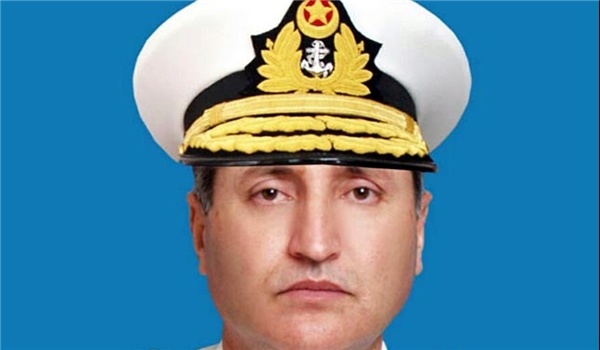 Admiral Abbasi made the remarks in a meeting with Iranian Army Deputy Commander for Coordination Rear Admiral Habibollah Sayyari on Wednesday.

During the meeting, the two sides stressed mutual cooperation in military training, exchanging visits by flotillas, fighting insecurity in the sea, exchange of intelligence, joint military drills, cooperation in the Gulf of Aden and the Indian Ocean and technical cooperation.

Rear Admiral Sayyari, for his part, said that “the Islamic Republic of Iran and Pakistan as two friendly, brotherly and neighboring states do not allow foreigners to interfere and sow discord between them at all”.

Heading a senior military delegation from Tehran, Rear Admiral Sayyari participated in the opening ceremony of the defense industries’ exhibition in Pakistan’s port Karachi on Tuesday.

It is the tenth edition of the event and 418 Pakistani companies and firms, along with participants from 43 countries, are showcasing their latest accomplishments in the field.

On the sidelines of the opening day, Rear Admiral Sayyari held meetings with a number of Pakistani commanders and military officials.