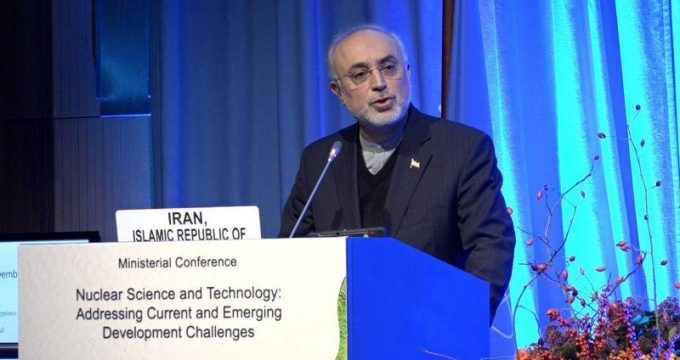 Iran’s nuclear chief said on Wednesday that the victory of Iran nuclear deal known as the Joint Comprehensive Plan of Action (JCPOA) is a litmus test for evaluating the feasibility of implementing the IAEA statute implementation.

Ayatollah Khamenei: Iran not seeking to start war with any country

Leader of the Islamic Revolution Ayatollah Seyyed Ali Khamenei says Iran is not seeking war with any country, but the Armed Forces should develop their capabilities to deter any potential aggressor.

Iran ready to help Afghan nation, govt. in their quest for peace

Iranian Foreign Minister Mohammad Javad Zarif said Iran is ready to continue to help the people and government of Afghanistan in their quest for peace and cooperate with all with the same objective.

The new budget bill for the next year will include principled plans for controlling the inflation rate, boosting production and employment and supporting the low-income strata, Iranian President Hassan Rouhani said Wednesday.

The Commander of Iranian Navy Rear Admiral Hossein Khanzadi said Tue. that Iran ranks first among Persian Gulf littoral states in producing marine equipment, adding that a new submarine will join the Iranian navy forces within one and half months.

The head of the joint chamber of the Islamic Republic of Iran and South Korea proposed to draw closer economic relations between the two countries by forming a joint barter fund for commodities.

Some countries are trying to harm Iran by manipulating the oil market, Iranian Oil Minister Bijan Zanganeh said on Wednesday, according to the semi-official Mehr news agency.