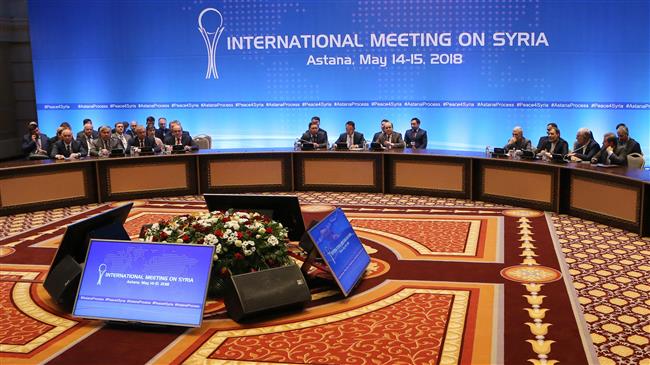 Tasnim – The 11th round of Syria peace talks, known as the Astana Peace Process, began in Kazakhstan on Wednesday.

The new round of talks would address the latest situation in de-escalation zones in Syria’s Idlib, return of refugees, release of prisoners, and formation of a committee that will rewrite Syria’s constitution.

The two-day meeting is being attended by delegations of the Syrian government and the opposition, the Syrian ceasefire guarantor nations (Iran, Russia, Turkey) and international observers – the United Nations and Jordan.

The 10th round of the Astana Peace Process was held in Sochi, Russia, in July.

During the ninth meeting held on May 14-15, all parties had agreed to maintain the de-escalation zones.