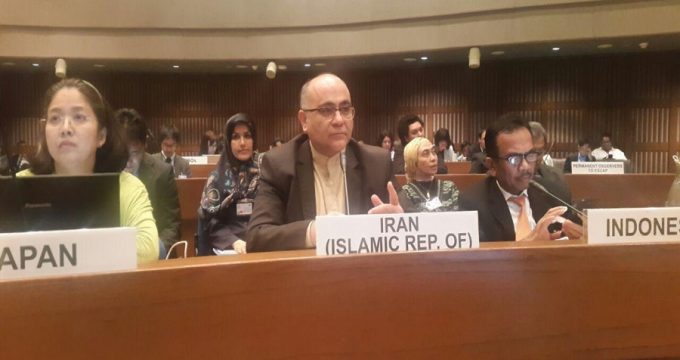 IRNA – Head of Iranian delegation at the Economic and Social Commission for Asia and the Pacific (ESCAP) conference Rashid Bayat Mokhtari on Monday described the US unfair economic sanctions illegal and called the world countries to prevent the US one-side measures against the Islamic Republic of Iran.

Imposing illegal and one-sided sanctions against Iran has roots in political motives of those seeking to put pressure on Iranian nation, he said.

Some 35 countries along with a number of regional and international organizations are now in Bangkok to attend Escap.

Despite of international will, the US tries to limit Iran’s access to foodstuff, health services and pharmaceutical drugs to prevent improvement of social welfare in the country, he said.

The UN ESCAP committee has a duty to review issues related to modern technologies in line with enhancing cooperation to achieve the goals of sustainable development project.

Established in 1947, the United Nations ESCAP with 53 members plans to counter the challenges the countries in Asia and Pacific face.