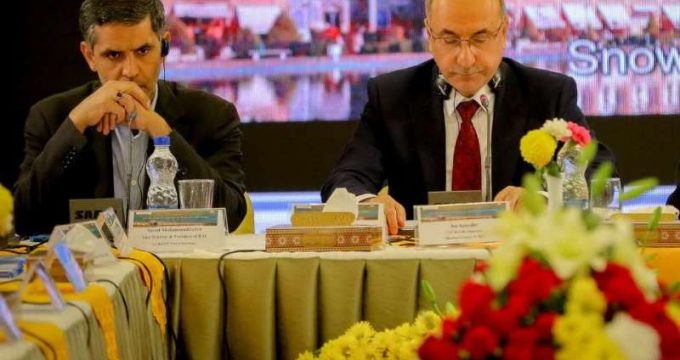 UIC to provide support for Iran to supply transport infrastructure

IRNA – Head of the Regional Assembly of Middle East Railways (UIC) said that Iran’s proposal for the establishment of a joint company to exploit by its member states will be raised in the upcoming summit and its general plan to provide transport infrastructure is supported.

Speaking in Isfahan on Tuesday, Isa Apaydin said that the offer was a new talk and should be probed carefully and we will examine it at the next meeting that will be hosted by Jordan next May.

According to IRNA, the Director General of the Islamic Republic of Iran Railways Saeed Mohammadzadeh addressing the 22th summit of Regional Assembly of Middle East Railways which was held in Isfahan, suggested forming a joint rail transport company with its member-states.

The president of the Regional Assembly of Middle East Railways (UIC) affirmed that the various aspects of the proposal must be considered and then decided.

He added that the operation of cargo trains in Turkey and some countries is transferred to the private sector and that is why it should be reviewed further.

Pointing to the actions of the Islamic Republic of Iran for the development of the rail transport network, Apaydin said, “Iran has general plans to supply rail transport infrastructure, and in this context we support Iranian programs.”

The 22th Summit of the Regional Assembly of Middle East Railways, aimed at expanding cooperation with member-states, began in Isfahan Monday morning and will last three days.