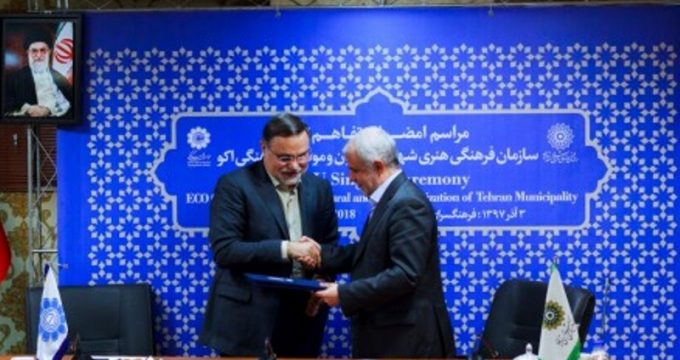 The signing ceremony was attended by Chairman of the Cultural Institute of ECO Mohammad Mehdi Mazaheri, Head of Cultural and Artistic Organization of Municipality of Tehran Saeed Ohadi and First Secretary of Embassy of Pakistan Azemat Farooq in Bahman Cultural Hall in Tehran.

Mazaheri said that the memo will be implemented in a variety of fields, including the production and opening of short documentary films, concerts of music, cultural weeks, poetry nights, promoting interaction between universities, museums and other scientific centers, especially in the discussion of Nowruz, marking this cultural heritage in 10 countries in addition to the three other countries registered with the United Nations.