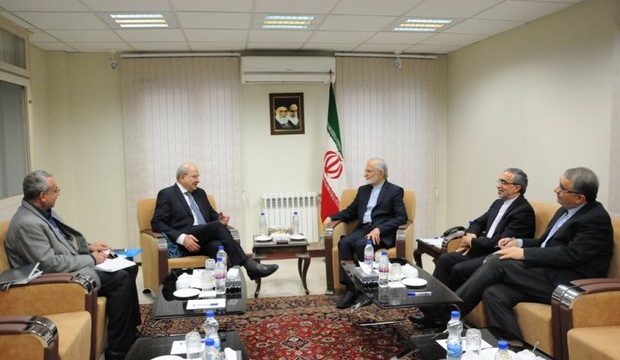 MNA – Head of Iran’s Foreign Policy Strategic Council Seyed Kamal Kharrazi said on Monday that the occupying Israeli regime is the main reason behind division in the Islamic World.

During a meeting with former Jordan prime minister, Taher Nashat al-Masri, in Tehran, Kharrazi pointed to the Zionist regime and its allies’ role in creating divisions among Muslims, especially in the Middle East region.

The senior offcial noted that Iran has always sought the unity and integrity of the Islamic World, saying that this is what the Zionist regime has always been opposing, as it has always tried to create a division among Muslims.

Al-Masri, who is visiting Iran to attend the 32nd Islamic Unity Conference in Tehran, said the enemies of Islam are taking advantage of the current situation in the region and are abusing Iran’s strained relations with some Arab states to “spread Iranophobia”.

The visiting official also referred to the ongoing crisis in Palestine, urging the Islamic countries to pay more attention to the occupied country’s worsening situation.

During the meeting, the two sides also discussed a range of bilateral and regional issues, including the reasons for Iran’s presence in Iraq and Syria.