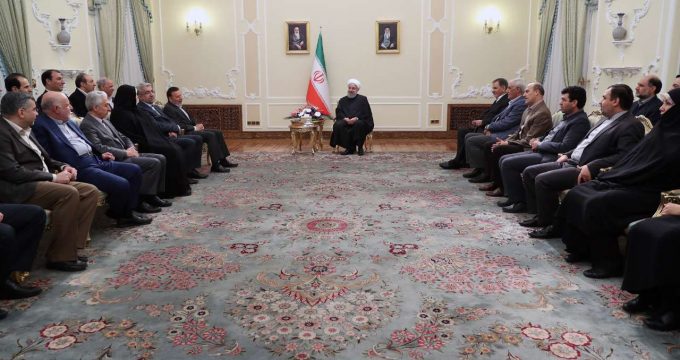 Rouhaniu made the remarks in a meeting with cabinet members and members of parliament which was held on the occasion of the birth anniversary of Prophet Mohammad on Sunday.

He also referred to sanctions and pressures imposed on Iranian people, saying inflation will be reduced.

Pointing to the recent trip made by cabinet members to northwestern Iran, Rouhani said Iranians are patient.

Despite high prices and pressures they did not event complained, he added.

This is because people know that the government is doing its best to solve problems, he reiterated.

Elsewhere in his remarks, Rouhani referred to the birth of the Prophet Mohammad as the best one in the history of human beings.

He urged the ministers and members of Iranian parliament to introduce Islam correctly and compatible with people’s needs.