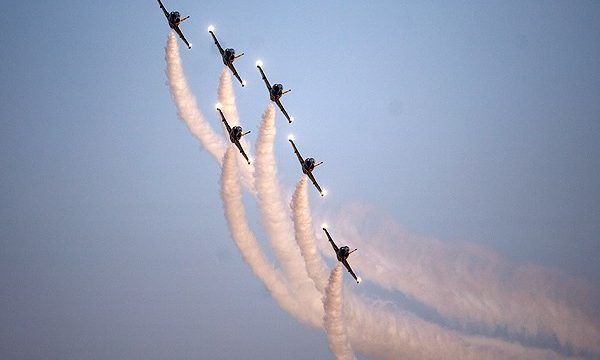 MNA – The ninth edition of Iran Air Show kicked off this morning (Sunday) on Kish Island in the Persian Gulf, and will continue through Nov. 29.

Some 110 Iranian and 10 foreign companies are taking part in the four-day event, showcasing their latest achievements in the aviation industries.

Several seminars on the newest aviation technologies will be held during the expo.

Those interested in the event can visit www.iranairshow.com for more information.

The Kish Air Show also known as Persian Gulf Airshow is an aviation exhibition held biennially on Kish Island. The first edition of the exhibition was held in 2002, as 11 foreign companies from France, Russia, United Kingdom, Ukraine, Germany, Czech Republic, Italy, the Netherlands, Pakistan, Slovakia and Switzerland attended the event.