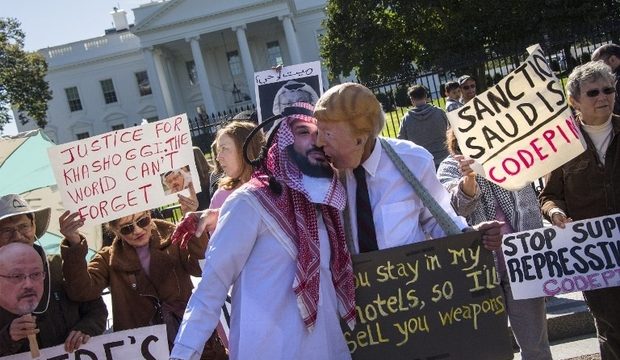 Sputnik – The leaders of the US Senate Foreign Relations Committee have demanded a second investigation into the murder of Saudi journalist Jamal Khashoggi in an attempt to determine whether Saudi Crown Prince Mohammed bin Salman played a role in the killing. President Trump has played down the alleged involvement of the Crown Prince in the assassination.

Sputnik discussed the Khashoggi case with Professor Nader Habibi from the Crown Center for Middle East Studies at Brandeis University.

Sputnik: A group of US Senators has demanded a second investigation into the murder of Khashoggi, how likely is this to happen?

Nader Habibi: Since the request for a second investigation has come from a group of both Republican and Democrat members of Congress, there is a possibility that it can move forward even if President Trump is not interested, because the Senate can initiate its own investigations. The key factor is that this has the support of both parties in the United States Senate, so it is likely, although not 100%. President Trump can’t necessarily prevent it from moving forward. At this point they have requested that the present administration initiate the second investigation, but they can also demand an investigation on their own.

Sputnik: I’m just wondering what will be the result if the US Congress were to demand additional sanctions, do you think that the Trump administration would be willing to put them into place? Saudi Arabia is a key partner for the US, on the international market as well they are very important because of the oil, the US is dependent on them strategically as a way of balancing Iran, obviously, a way of keeping oil prices low and also as a key client in purchasing billions of dollars of American armaments. So how prepared, really, is Washington to impose these additional sanctions on Riyadh? Is there fear that they will get some kind of a response or are they not wanting to jeopardize the economic benefit they get from dealing with Saudi Arabia?

Nader Habibi: The Trump administration would be reluctant to impose severe economic sanctions perhaps on sales of arms but the US Congress has the power to impose restrictions even if the administration wants to continue the relations as usual. In particular the US Congress can impose a ban on sales of weapons because the sales require [US Congressional] approval. So in terms of exports of military weapons to Saudi Arabia, potentially Congress can impose restrictions, but my understanding is that although there is a disagreement between Congress and the President, in terms of the appropriate response, even the Senators in the US Congress are aware of the strategic relations between US and Saudi Arabia and the significance of the economic relations between the two countries. Therefore, they would also try to preserve the strategic relations that have developed over the last 70 years but they might insist on a punishment for Mohammed bin Salman.

The difference is that the Trump administration seems to be interested in avoiding any kind of punishment of King Salman, the current king, and his son, Mohammed bin Salman, who is practically managing the country’s affairs on a day-to-day basis: he has significant powers.

The value of these economic relations is very strong, as you mentioned, in terms of the Saudi role in the oil market and also given the United States efforts to contain Iran in the region. Also they are cooperating with Saudi Arabia, which has an ongoing proxy war with Iran. So we would see a disagreement between the US Congress and President Trump in the way they would approach punishing Saudi Arabia, but even the US Congress, in my opinion, will not go as far as completely severing ties with Saudi Arabia, because there is also support within the US Congress, based on the interest of various economic groups in the US, to maintain its relations, but at the same time show that US is committed to certain values with respect to this particular murder.