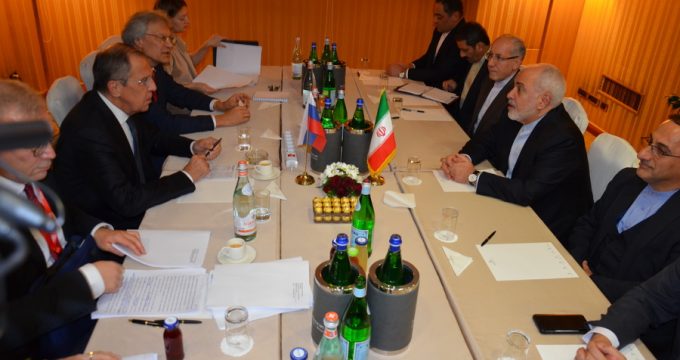 Zarif and Lavrov discussed bilateral ties as well as implementation of the Iranian nuclear deal, also known as the Joint Comprehensive Plan of Action (JCPOA).

The two sides conferred also on the regional issues, in particular, the latest developments in Syria and Yemen.

In addition to holding talks with the Italian officials and his counterparts on the sidelines of the event, Iranian foreign minister also participated in several economic and cultural programs.

Zarif, who is visiting Italy upon an official invitation of the country’s foreign minister, delivered a speech to the IMED on Thursday.