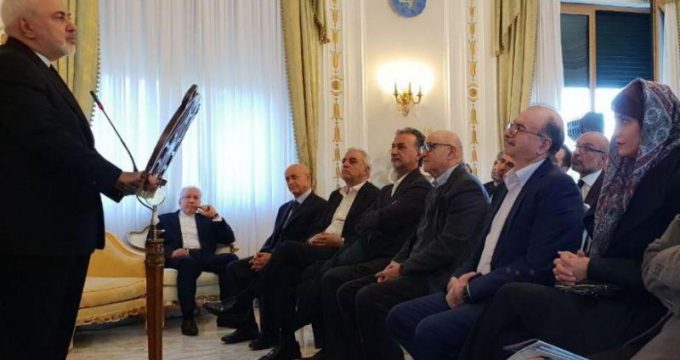 Accroding to Iranian Foreign Ministry’s official website, in his speech, Zarif said Iranian expatriates act like bridges connecting Iranian-Islamic culture and identity to other societies, describing them as the envoys for dialogue, connection and mutual understanding.

“We need to be connected to the world so as to be able to develop Iran, but we should not be dependent [on the world]. Iranians living abroad, with their huge human, economic and cultural capital could facilitate this connection,” he said.

Zarif also said the Iranian embassies across the world are tasked with unconditionally assisting Iranians under all circumstances.

Iranian Minister of Foreign Affairs Mohammad Javad Zarif arrived in the Italian capital, Rome, on Wednesday evening to attend the 4th edition of Mediterranean Dialogues (Rome MED 2018) and hold talks with a number of his foreign counterparts.