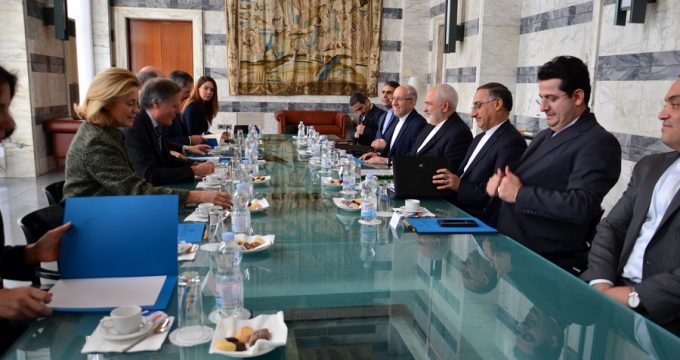 Zarif in talks with Italian FM

In addition to holding talks with the Italian officials and his counterparts on the sidelines of the event, Zarif will also participate in several economic and cultural programs.

Zarif who is visiting Italy upon an official invitation of the country’s foreign minister, is to deliver a speech during the IMED.

Representatives from 56 countries are expected to attend the conference.

The Iranian foreign minister participated in and addressed the third round of IMED last year.