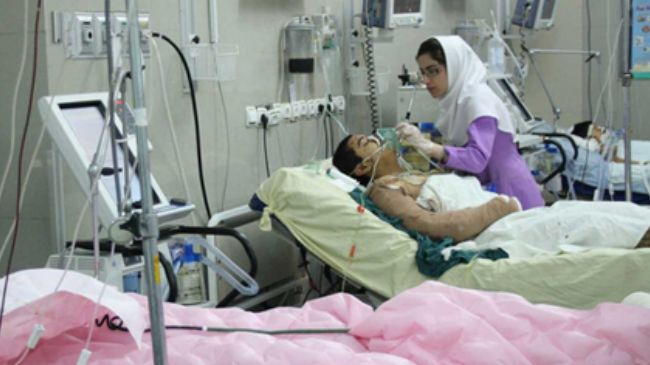 November 21, The Iran Project – Despite what American officials claim, the United States’ hostile approach and re-imposition of illegal sanctions against the Islamic Republic, especially on food and medicine, directly target Iranian nation.

Earlier this month, the administration of US President Donald Trump announced the re-imposition of the “toughest” sanctions ever against Iran’s banking and energy sectors with the aim of cutting off the country’s oil sales and crucial exports.

Trump long objected to the 2015 Iran nuclear deal, which was seen by most analysts as one of the more significant foreign policy achievements of his predecessor Barack Obama.

The United States was the only country withdrew from the multilateral nuclear deal with Iran and quickly moved to snap back crippling sanctions on the country.

In recent months, some European banks have refused to process payments even from Iranian firms that are exempt from sanctions out of fear of US penalties, according to people familiar with the transactions.

Experts warn against impacts of US sanctions on medicine imports

New US sanctions on Iranian financial firms, including a bank that until recently handled most payments for Iran’s imports of humanitarian goods, are having a chilling effect on foreign companies that help supply medicine and other medical products, economic analysts maintained.

This is while US Secretary of State Mike Pompeo and his special representative for Iran Brian Hook have claimed that humanitarian supplies such as food and medicine are exempt from sanctions against Iran.

But the far-reaching sanctions on Iranian financial firms re-imposed on November 5 endanger the flow of humanitarian goods as foreign banks and outside suppliers abandon business ties with their partners in Iran, analysts and experts warn.

Strong risk over shortage of medicine in Iran

France’s ambassador to the United Nations, Gérard Araud, said, “The fact is that the banks are so terrified by the sanctions that they don’t want to do anything with Iran. So it means that there is a strong risk that in a few months really there will be a shortage of medicine in Iran.”

The Trump administration’s “maximum pressure campaign” is starting to remove some of the few avenues that Iran had left to conduct banking for humanitarian items.

“When you want to transfer money, the bank does not ask whether it goes for food or other items – that is why sanctions always hit food and medicine,” Foreign Minister Mohammad Javad Zarif told The Guardian.

“Lives of Iranian patients in danger”

President of the Academy of Medical Sciences of the Islamic Republic of Iran Alireza Marandi, in a letter to United Nations Secretary General António Guterres, said the United States has endangered the lives of many Iranian patients by imposing “unjust” food and medicine sanctions against Tehran.

“Despite the illegality of sanctioning food and medicine, the US government is preventing access to these vital resources and has therefore put in danger the lives of many patients from small children to the elderly who are in urgent need of medicine and medical equipment.”

He pointed to the clear detrimental effects of these sanctions on Iranian children suffering from cancer and said, “The US sanctions policy on the Islamic Republic of Iran has been devised in such a way that prevents all banking exchanges including access to essential medicines and medical equipment which are now virtually impossible.”

In an interview with BBC Persian, the US secretary of state said that Iranian officials must listen to Washington “if they want their people to eat.”

On the opposite side, Iranian Foreign Minister Mohammad Javad Zarif has dismissed his American counterpart’s starvation threat, stressing the Islamic Republic will survive and even advance despite Washington’s sanctions.

In a post on his official Twitter account on Saturday, Zarif said US Secretary of State Mike Pompeo’s open threat to starve the Iranian nation was “a crime against humanity” and “a desperate attempt to impose US whims on Iran.”

Pompeo and Bolton want to torture the Iranian nation

Several experts suggested that Pompeo and John Bolton, the national security advisor to Donald Trump, are working relentlessly to torture the Iranian nation, an absolute majority of whom do not care about politics and are mostly concerned about their daily lives.

The people in Iran are not convinced why sanctions have been returned. They say we signed a deal, the Joint Comprehensive Plan of Action, with the US and other countries to end the sanctions. They ask what has happened that we are again facing a shortage of medicine and other commodities. They say if the Trump administration is not happy with Iranian officials why it creates problems for us.

They are even questioning the competence and efficiency of the United Nations, asking if the UN is not able to deter the return of sanctions then what its use is!

These brutial sanctions are affecting the livelihood and health of the people. The only chance is that Iran itself is an important pharmaceutical manufacturer, otherwise the sanctions would have badly affected the medicinal market. Yet the country must be able to import some raw materials to produce pharmaceuticals.