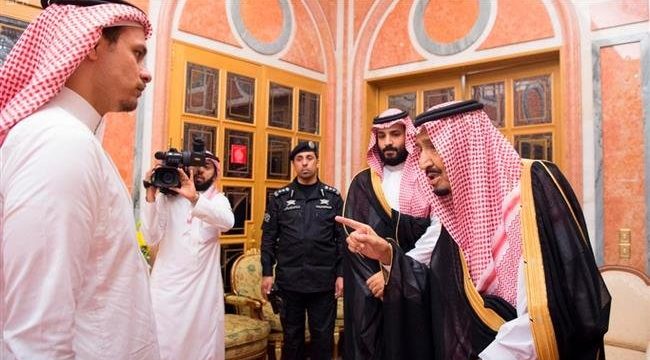 RT – The US will keep turning a blind eye to the gruesome murder of journalist Jamal Khashoggi and other Saudi crimes, as long as Washington strikes lucrative arms deals with the kingdom, political analyst Lew Rockwell told RT.

“Questions of morality are entirely absent” from US foreign policy with regards to Saudi Arabia, Rockwell, who leads the Mises Institute, noted, adding that the White House is more interested in the kingdom’s economic assets than its human rights record.

As long as the Saudis are willing to bribe enough Americans, or do what the US government wants in terms of oil or give big contracts to American companies, there is nothing they can do that would hurt them,” he stressed. Rockwell said that, enjoying such mutually-beneficial relations, the kingdom will likely feel confident to continue targeting dissidents and waging a bloody campaign in Yemen.

Earlier, US President Donald Trump’s approach to the Khashoggi case sparked anger, even among US senators. On Tuesday, he suggested that it “could very well be” that Saudi Crown Prince Mohammed bin Salman had known in advance of the plan to murder Khashoggi. But, nevertheless, the president refused to scrap major arms deals with the Arab nation. The Saudis pledged to invest $450 billion in the US, with $110 billion spent on buying US military gear, and it would be “foolish” to abandon those contracts, Trump stated.

In response, a bipartisan group of senators penned a letter urging the president to “determine” whether the Crown Prince bin Salman is responsible for Khashoggi’s death.

The White House condemned the journalist’s murder and sanctioned 17 Saudi officials accused of masterminding and executing the crime, but fell short of criticizing the kingdom’s leadership. In a statement, titled “Standing with Saudi Arabia,” the president praised Riyadh as “great ally” in a fight against Iran and vowed that the US will remain “a steadfast partner” of the oil-rich country.

Investigative journalist Rick Sterling told RT that Trump’s statement serves as “a confession that the US foreign policy is basically driven by the military-industrial complex,” which is due to receive a large boost from dealings with Riyadh.

Washington remains loyal to Saudi Arabia because “the US under President Trump is first and foremost a weapons and arms dealer,” the journalist argued. “It’s really not in the interest of the American people. Lockheed Martin, Raytheon and Boeing like this. But for the rest, it’s a disaster.”