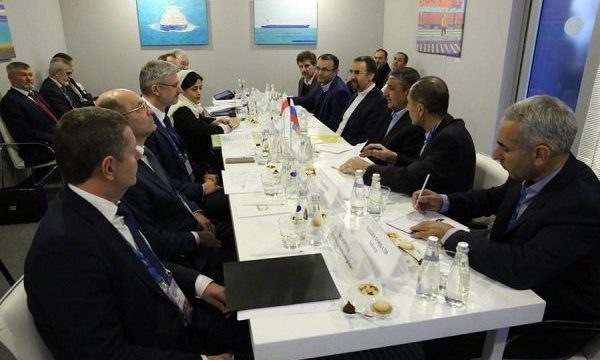 Heading high-ranking delegations, the two officials conferred on ways to enhance rail cooperation, accelerate the implementation of joint projects, and finalizing the International North–South Transport Corridor (INSTC), among others issues.

The Iranian minister also has held a separate meeting with the President of Russian Railways Oleg Belozyorov.

Elsami landed in Moscow on Tuesday to both meet with Russian officials and participate in the ‘Transport of Russia Forum and Exhibition’. Kicked off on Tuesday, the three-day event holds conferences devoted to the development and functionality of road, air, rail, sea, and river transport and also an exhibition which demonstrates the latest developments and innovations within the transport industry.