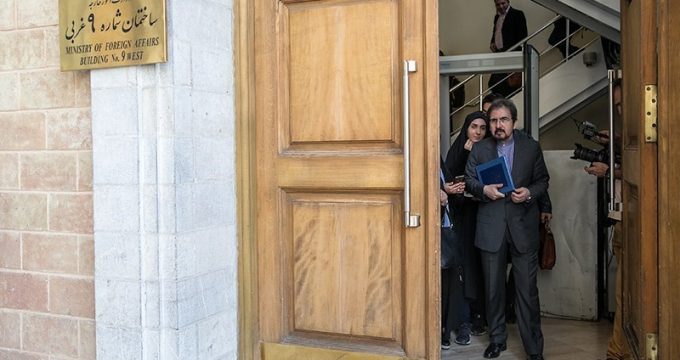 Iran denies plans for pulling out of JCPOA

Tasnim – Iran’s Foreign Ministry quashed rumors that it is getting ready to pull out of the Joint Comprehensive Plan of Action (JCPOA), the multilateral nuclear agreement from which the US has withdrew in May.

In a statement on Wednesday, Foreign Ministry Spokesman Bahram Qassemi denied the rumors going around in the cyber space that the Foreign Ministry is preparing for the country’s withdrawal from the 2015 nuclear deal.

“These rumors are definitely false, groundless and purposeful,” Qassemi said.

He added that certain local and foreign groups fabricate such speculations in order to deceive the public opinion, create false tensions, negatively impact the market, and even undermine the livelihood of people.

On May 8, US President Donald Trump pulled his country out of the JCPOA, which was achieved in 2015 after years of negotiations among Iran and the Group 5+1 (Russia, China, the US, Britain, France and Germany).

Iranian officials have said the country will remain in the JCPOA as long as the nuclear deal serves its interests.