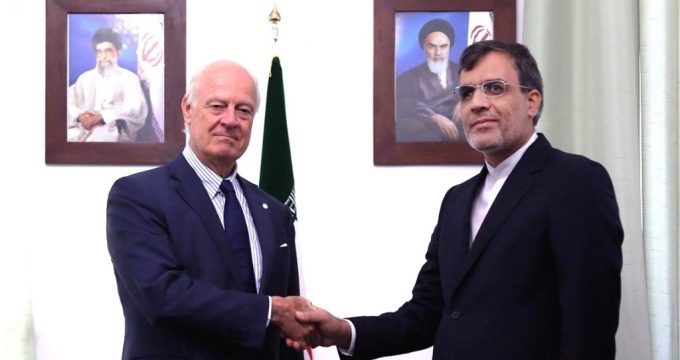 Problems facing the establishment of Syria Constitution Committee and programs of the new round of International Syria Peace Talks slated to be held next week in Astana were during the meetings, he said.

Last week, Jaberi Ansari also sat down for talks with President Bashar Assad, Foreign Minister Walid al-Muallem and some Syrian political and security officials on the latest developments in Syria.