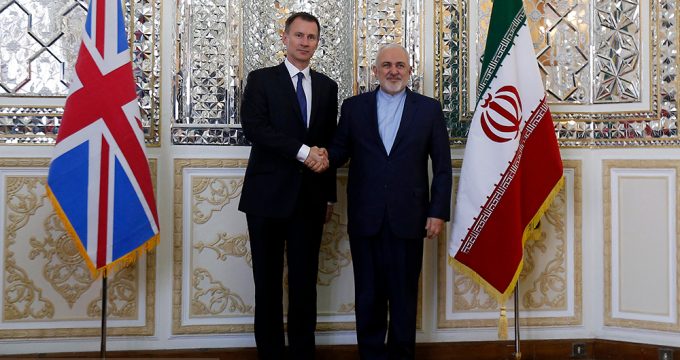 Iran will thrive despite US sanctions, says foreign minister

The Guardian | Patrick Wintour: Iran’s foreign minister has said his country will not only survive newly reimposed US sanctions but it will thrive.

The Trump administration announced sanctions this month covering banking, oil exports and shipping, aimed at forcing Tehran to stop what the US described as its “destabilising activities” in the Middle East.

Speaking after meeting the British foreign secretary, Jeremy Hunt, in Tehran on Monday, Javad Zarif said: “We are used to pressure and we are used to resisting pressure. Sanctions always hurt and they hurt ordinary people, but sanctions seldom change policy, and that has been the problem with US sanctions all the time. They do not take people back to the negotiating table. In fact, they strengthen the resolve to resist.

“We will certainly survive. We will not only survive – we will thrive. We have tried to minimise the impact on the population but the ordinary people are going to suffer, the economy is going to suffer.”