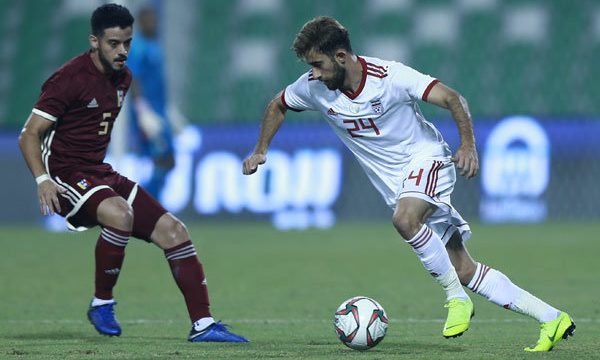 The friendly match which finished minutes ago at the Al Ahli Stadium in Doha on Tuesday resulted in a draw 1-1.

The match was firstly planned to be held in Tehran Azadi stadium but it was announced later that Qatar would host it.

Carlos Queiroz’s men are preparing themselves for the AFC Asian Cup UAE 2019. Iran is seeded against Iraq, Vietnam and Yemen.

The Iranian national football team which is better known as ‘Team Melli’ in Iran defeated Uzbekistan 1-0 in September and beat Bolivia 2-1 later. The team also defeated Trinidad and Tobago in a friendly 1-0 on November 15.