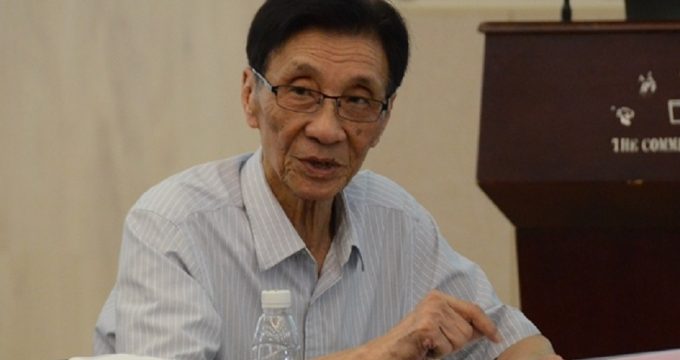 IRNA – US anti-Iran sanctions, which went into effect from November 5, cannot be effective as the international community is against them, a Chinese researcher said on Sunday.

Zhu Weilie in an exclusive interview with the Islamic Republic News Agency (IRNA) condemned US unilateral moves against Iran.

After Washington’s May 8 exit from the historic Iran Deal, the US gave 90-and 180-day wind-down periods to other countries before it started re-imposing oil sanctions on Tehran on November 4.

As Weilie said, US cannot stop Iran and take advantage in the Middle East, but instead its measures will hurt trade exchange worldwide.

The US measures will receive more criticism in the future, the Chinese researcher added.

He further said that US may achieve some of its goals in a short-term period, but its unilateral measures will surely inflict losses on itself in long term.

The conditions the US has been creating may give thought to Iran that may lead to closure of southern Iranian Strait of Hormuz, the world’s most important sea lane for carrying 30 percent of crude oil, Weilie opined.

World needs Iran’s oil, and this global dependence on Iran’s energy made the US grant eight countries including China waivers over Iran sanctions, the researcher noted.

When the US sanctions against Iran sparked negative reaction across the world, Washington declared that China, India, Italy, Greece, Japan, South Korea, Taiwan and Turkey are allowed to import Iran’s oil for only a time-limited period .

Touching upon Beijing-Tehran ties, the researcher said that the two have friendly and strategic relations.

Trade exchange and economic cooperation between the two countries should promote, he concluded.