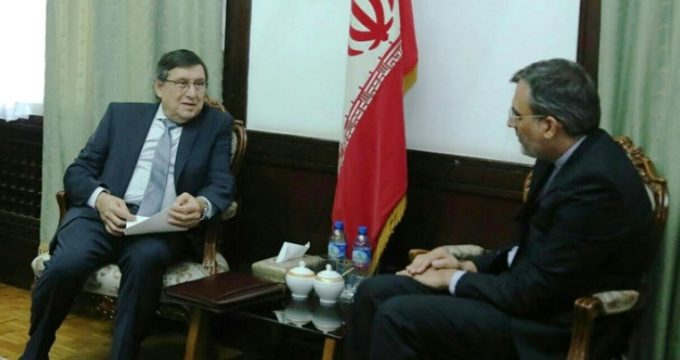 During the meeting also attended by Khalikov’s accompanying delegation, they explored cooperation between Iran and UN in the humanitarian fields, especially helping countries gripped by crisis in West Asia as well as humanitarian situation in Yemen and the international meeting on future of humanitarian assistance to the country.

It is for more than three years that the people of Yemen are under the Saudi-led coalition attacks. The aim of Saudi attacks which began on March 2015 is to restore power to Mansour Hadi, a close ally of Riyadh.

Thousands of civilians, including women and children, have been killed or injured in the brutal attacks of Saudi Arabia and its allies on the impoverished country and many have lost their lives due to outbreak of diseases and lack of medicines and medical services. Many human rights groups across the world have expressed great concern over the horrible situation in Yemen caused by the bloody war imposed by Saudi Arabia and its Western and Arab allies.