A Look at Iranian Newspaper Front Pages on November 19

Iran Front Page – IFP has taken a look at the front pages of Iranian newspapers on Monday, November 19, 2018, and picked headlines from 16 of them. IFP has simply translated the headlines and does not vouch for their accuracy.

The top story in all papers today was the ongoing controversy over Foreign Minister Mohammad Javad Zarif’s remarks about “rampant” money laundering in Iran, which have been widely protested by lawmakers and senior officials. 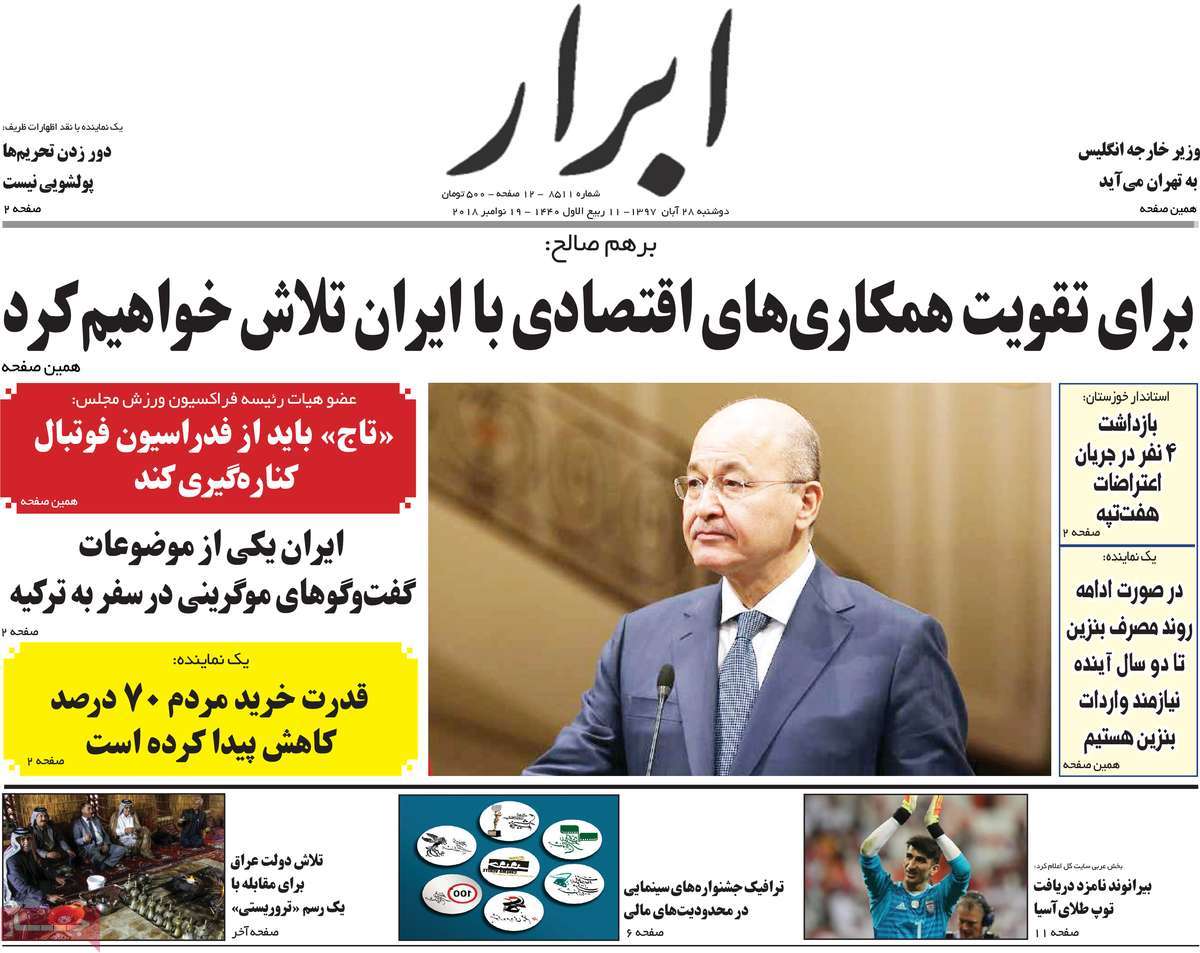 2- Conservatives Give Ultimatum to Zarif: It’s Time for Transparency 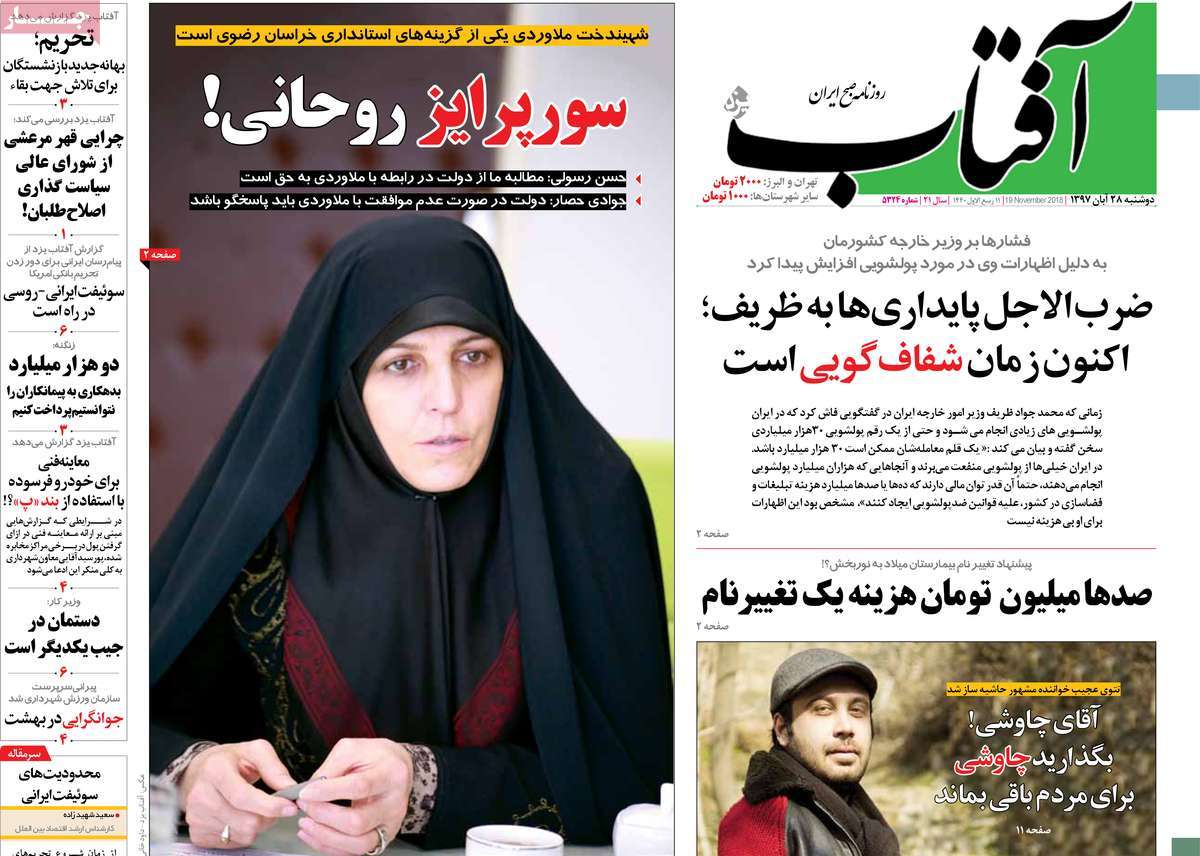 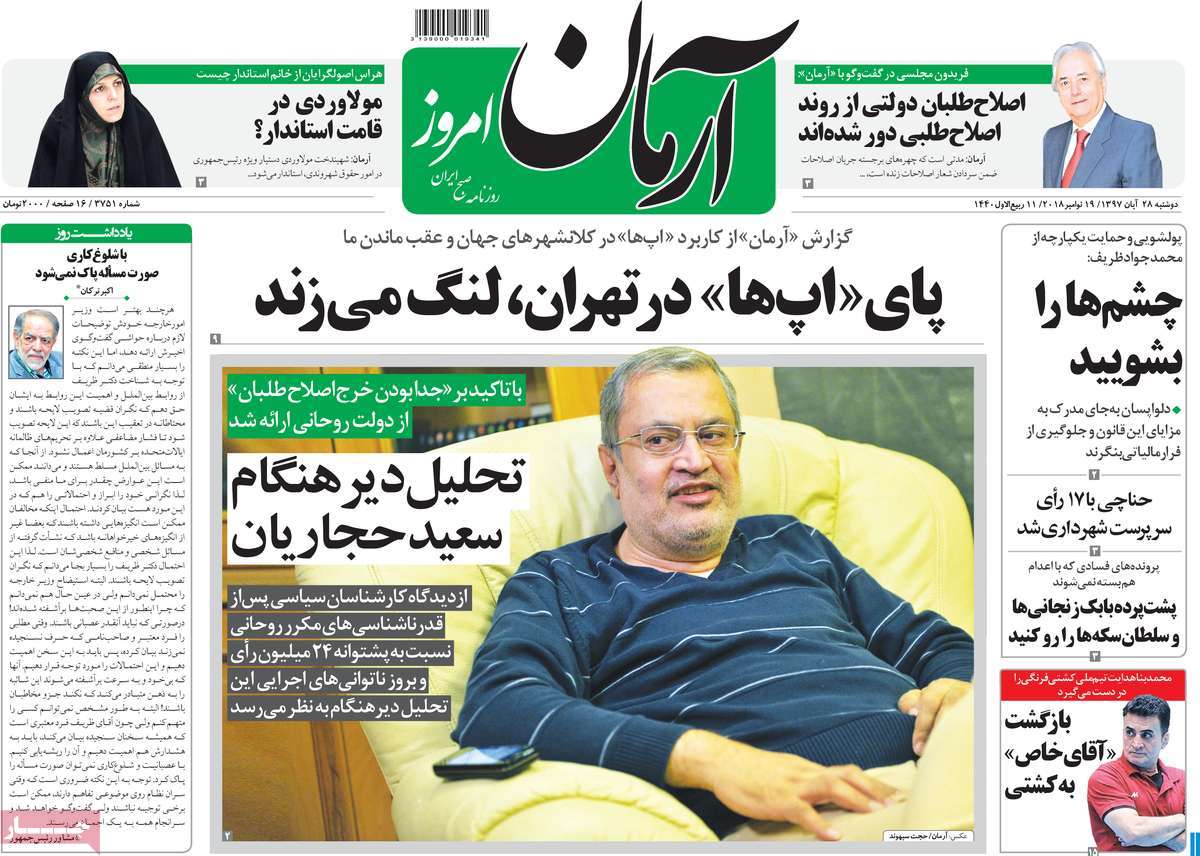 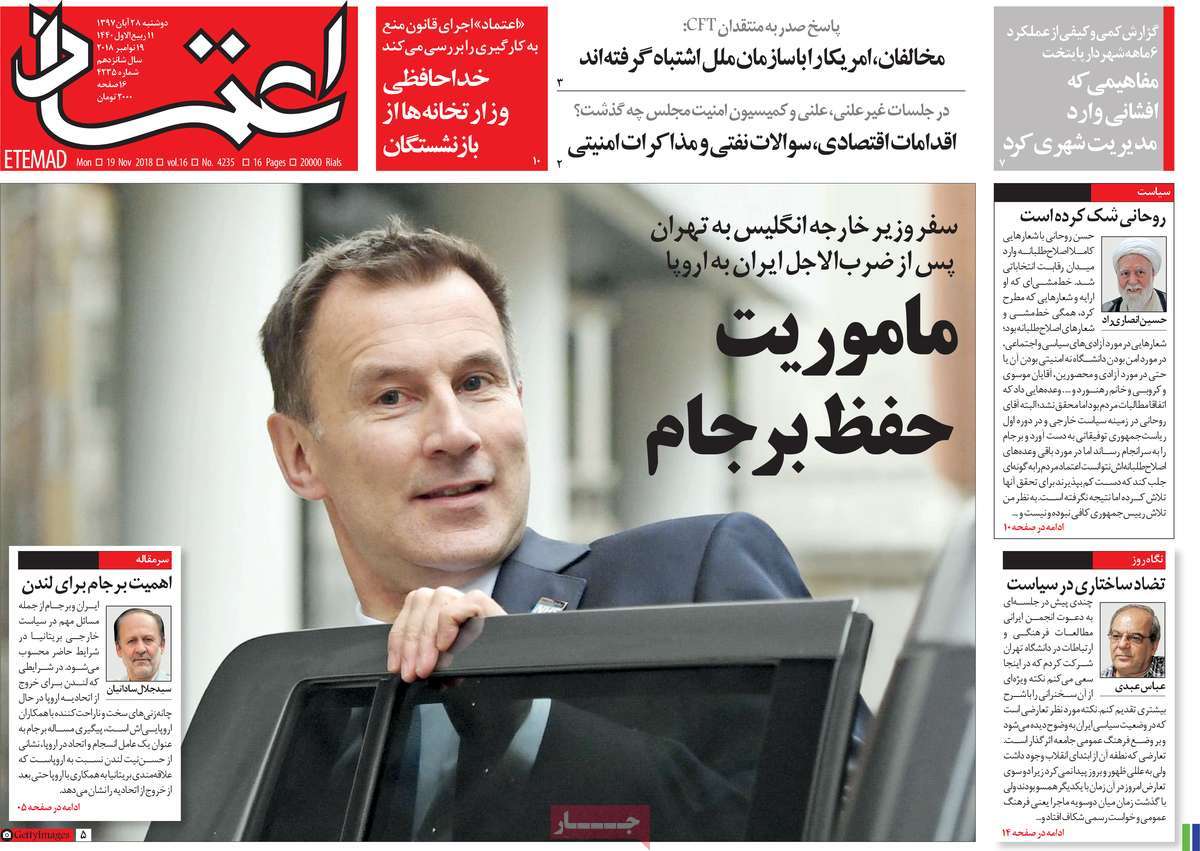 1- Government Plans to Control Prices in Last Months of Year 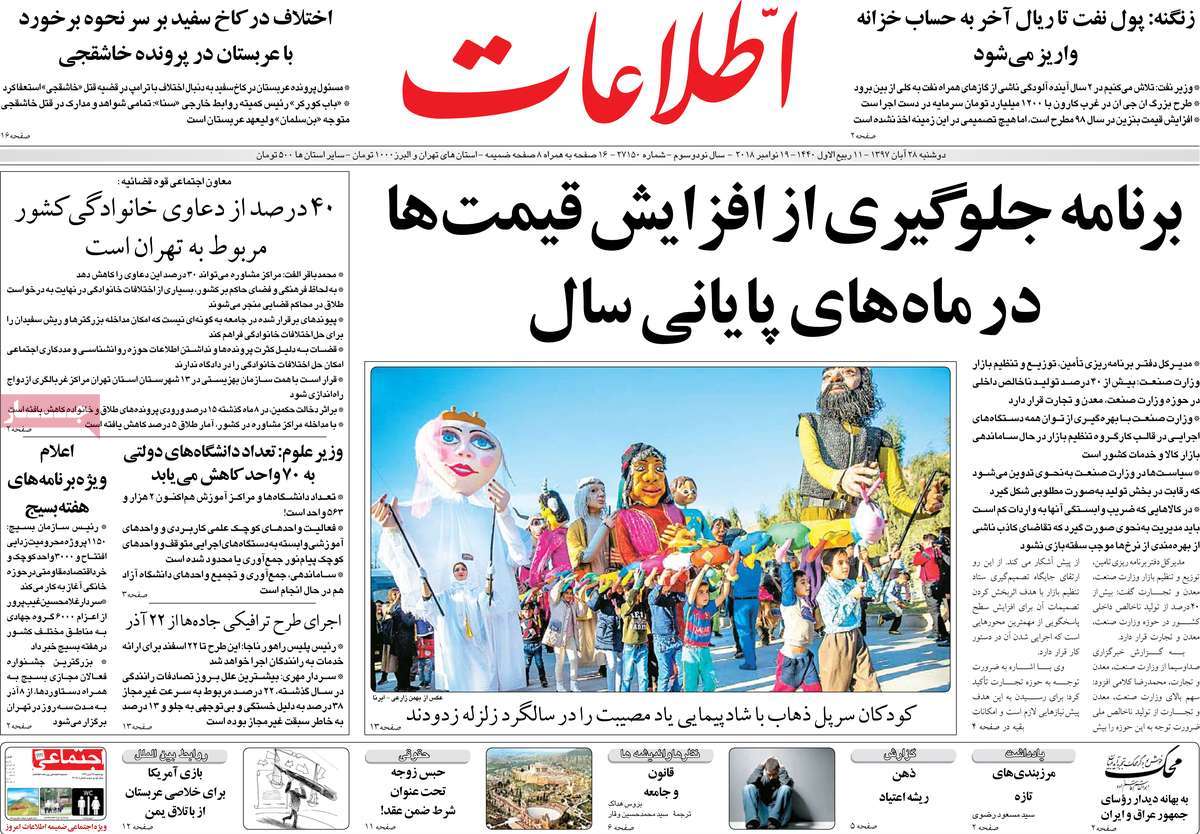 2- Lake Urmia to Be Revived with Energy Ministry’s Efforts 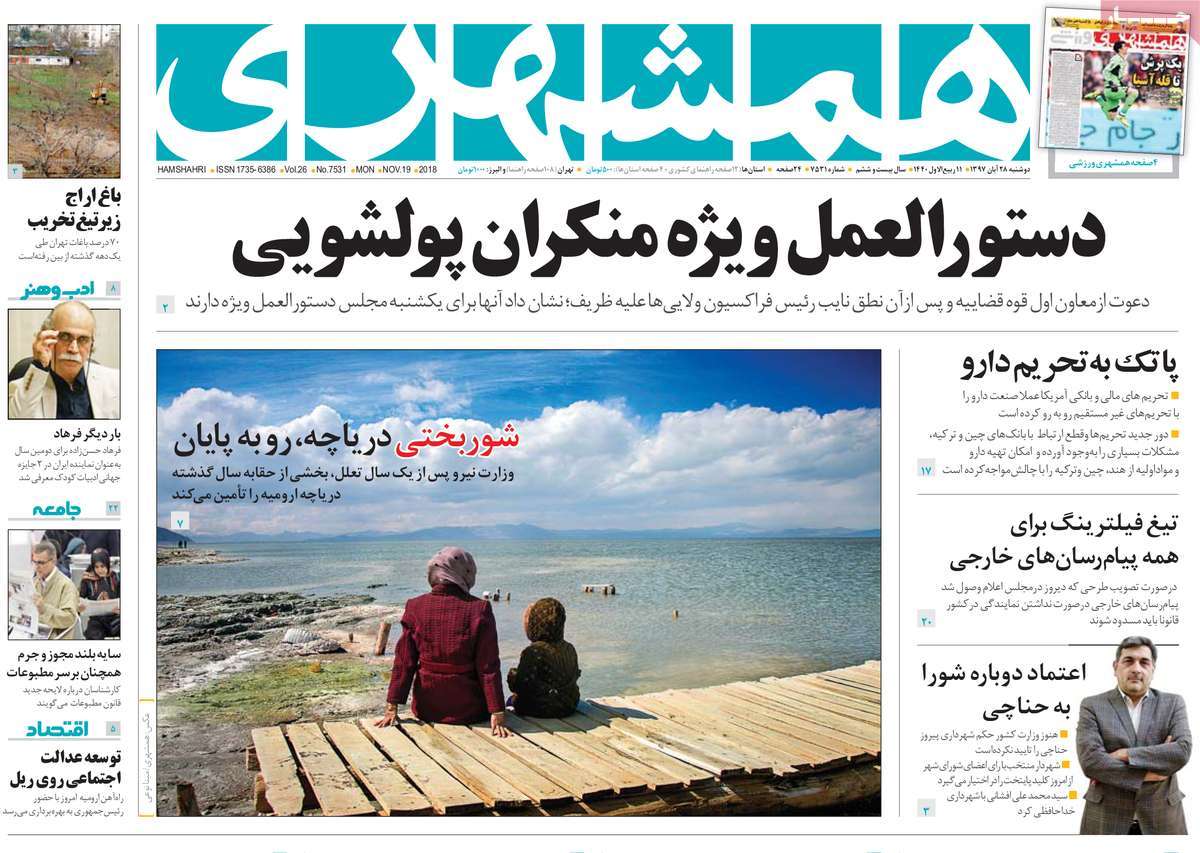 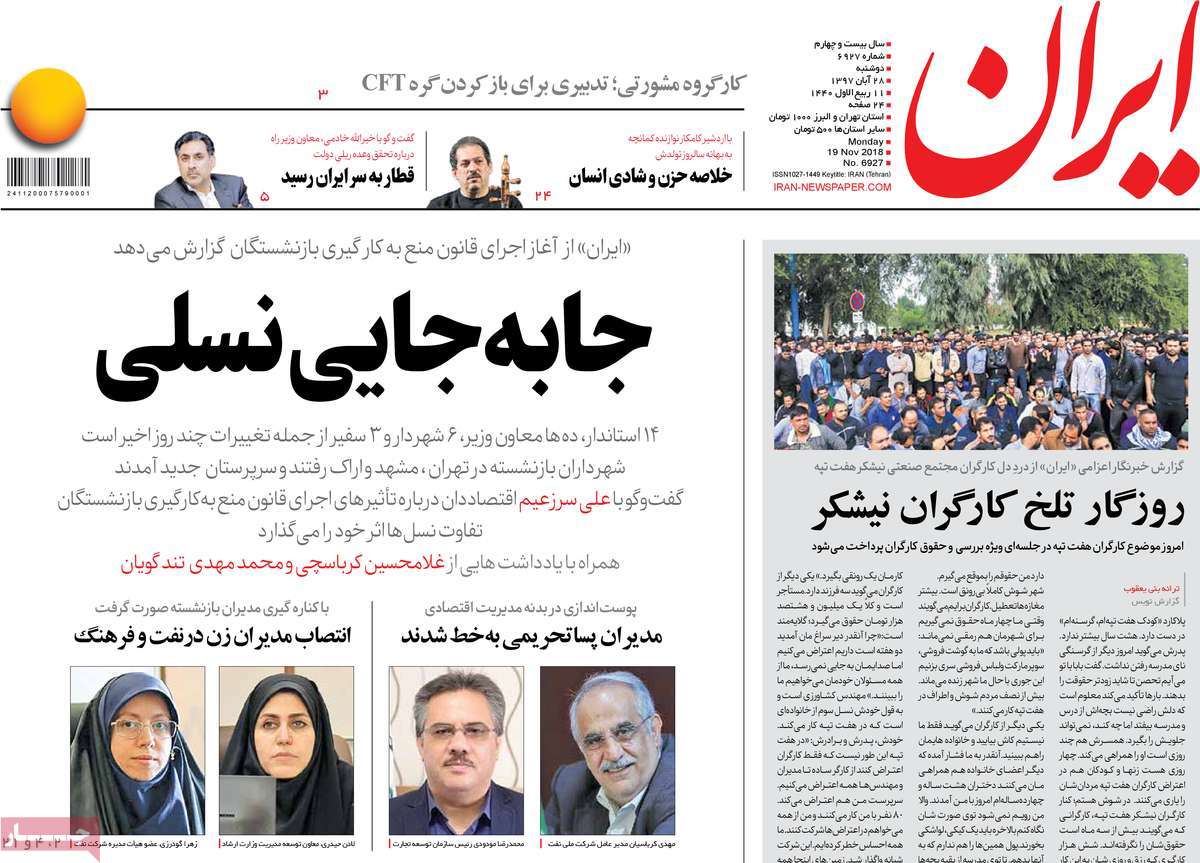 2- Trump: Khashoggi Tape Too Horrible for Me to Listen

2- Karzai: US Has Suffered Heavy Defeat in Afghanistan

4- Lawmaker: We Must Strongly Support Zarif 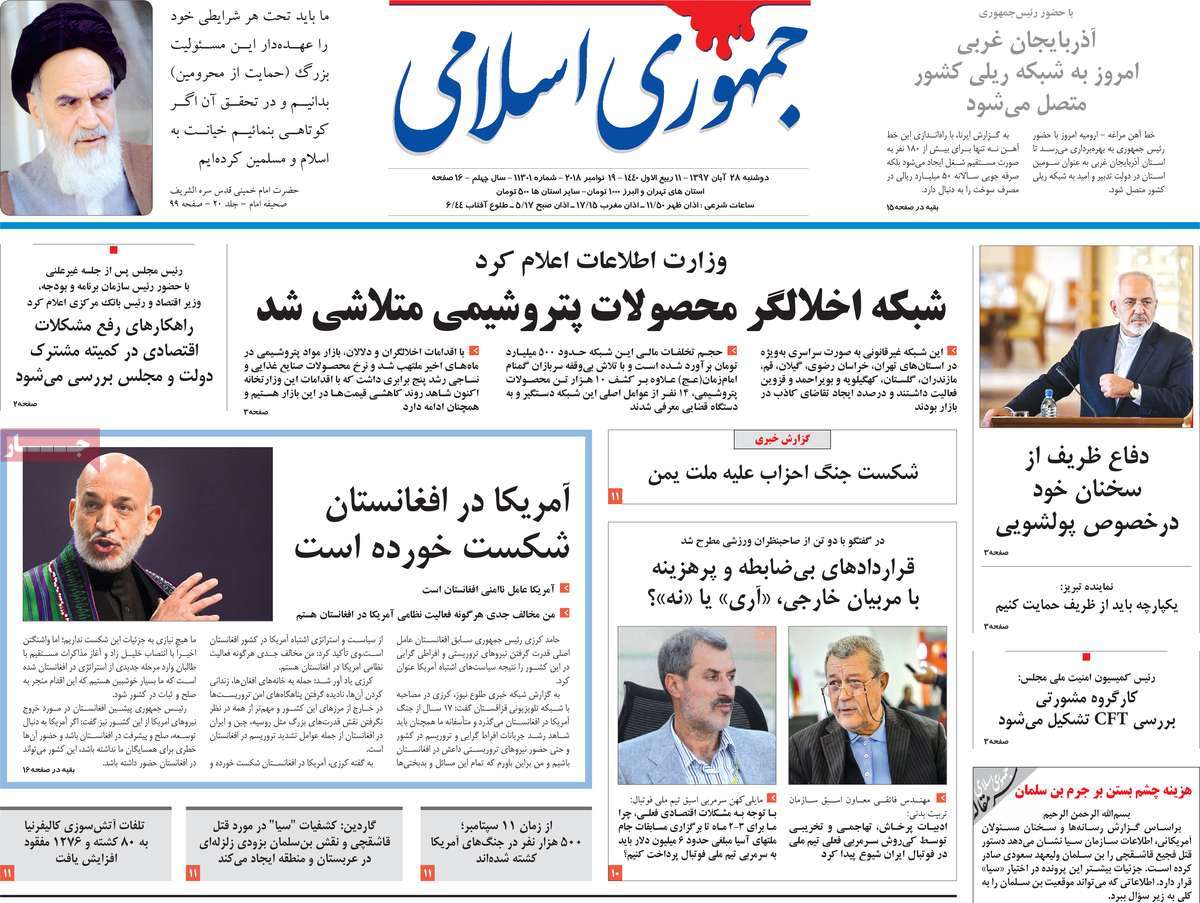 3- Judiciary Chief in Letter to Zarif: Send Us Your Evidence on Money Laundering! 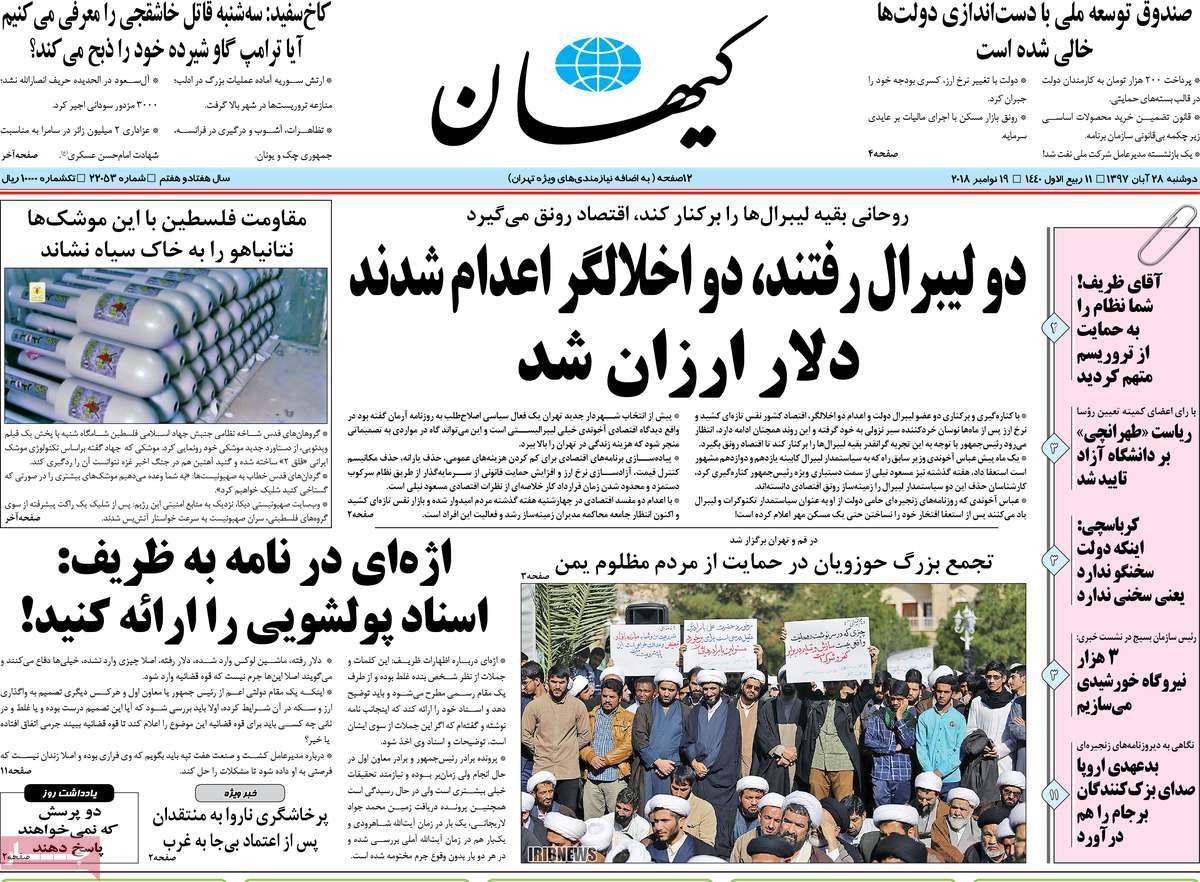 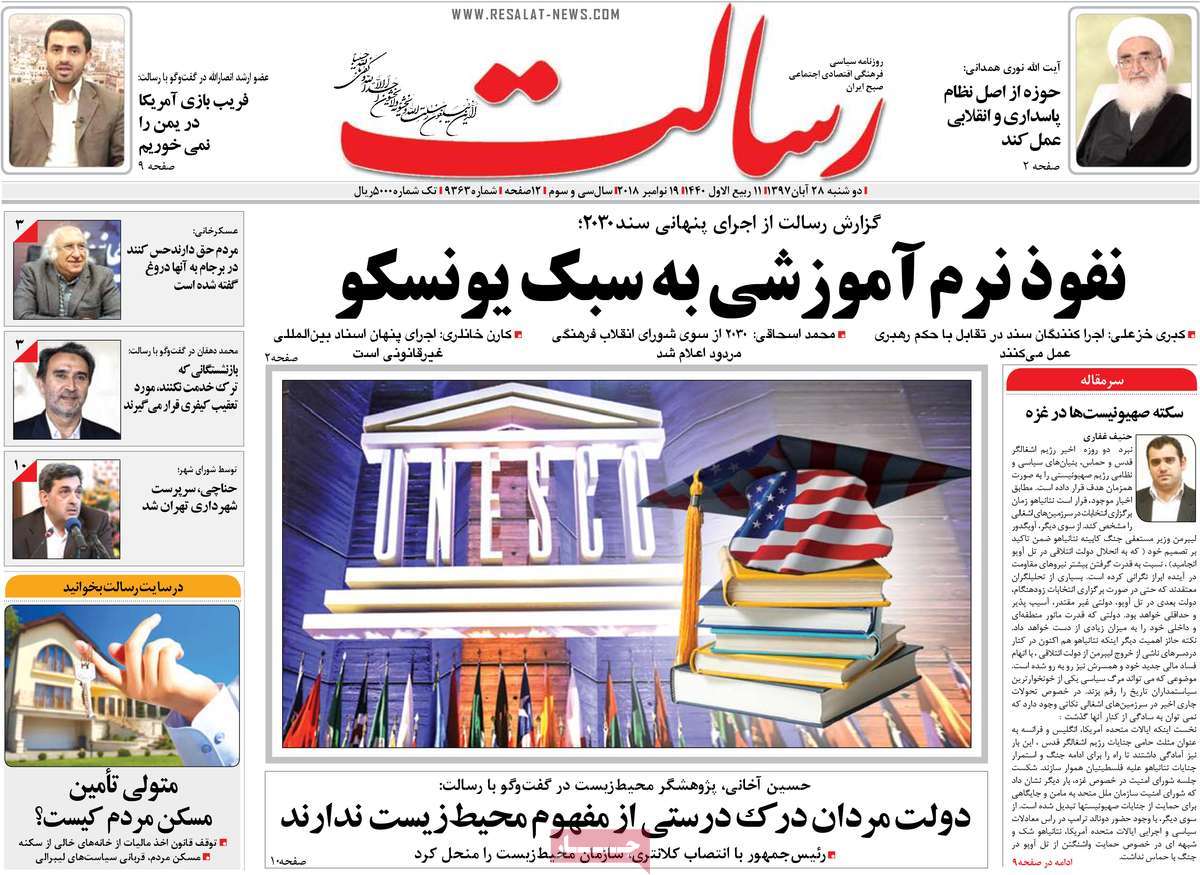 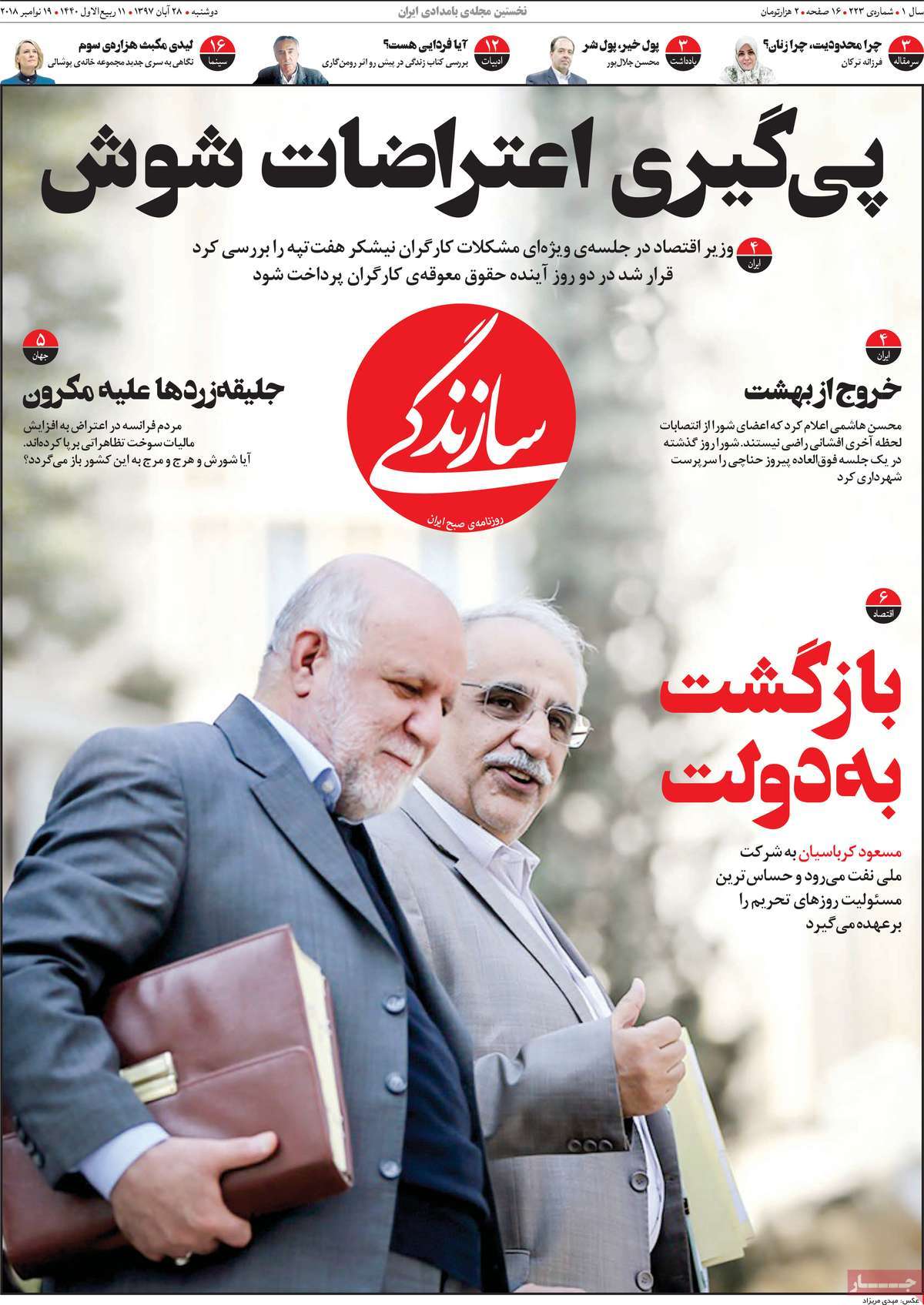 2- Behind the Scenes of Objections to FM’s Remarks [Editorial] 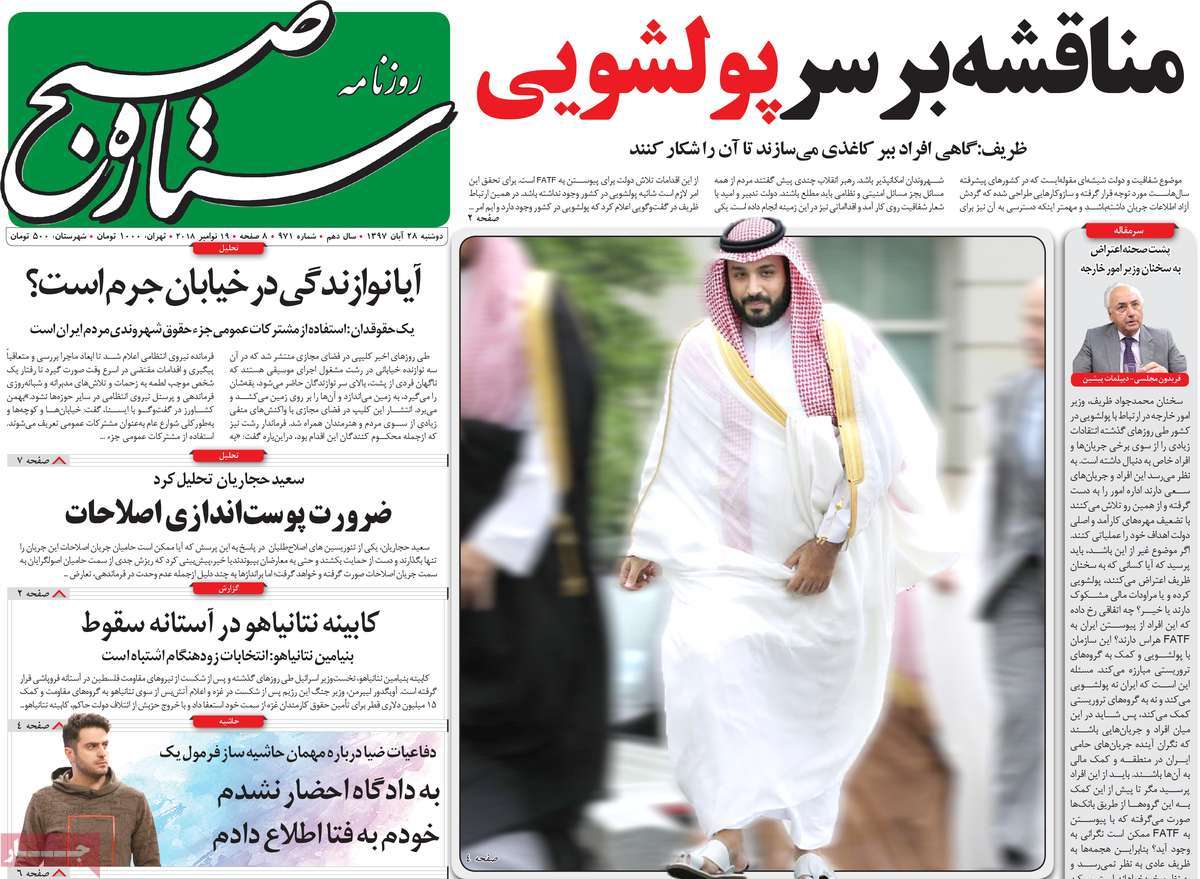 1- Attack on Stagecoach of Gold: Armed Bandits Rob over IRR 50bn worth of gold 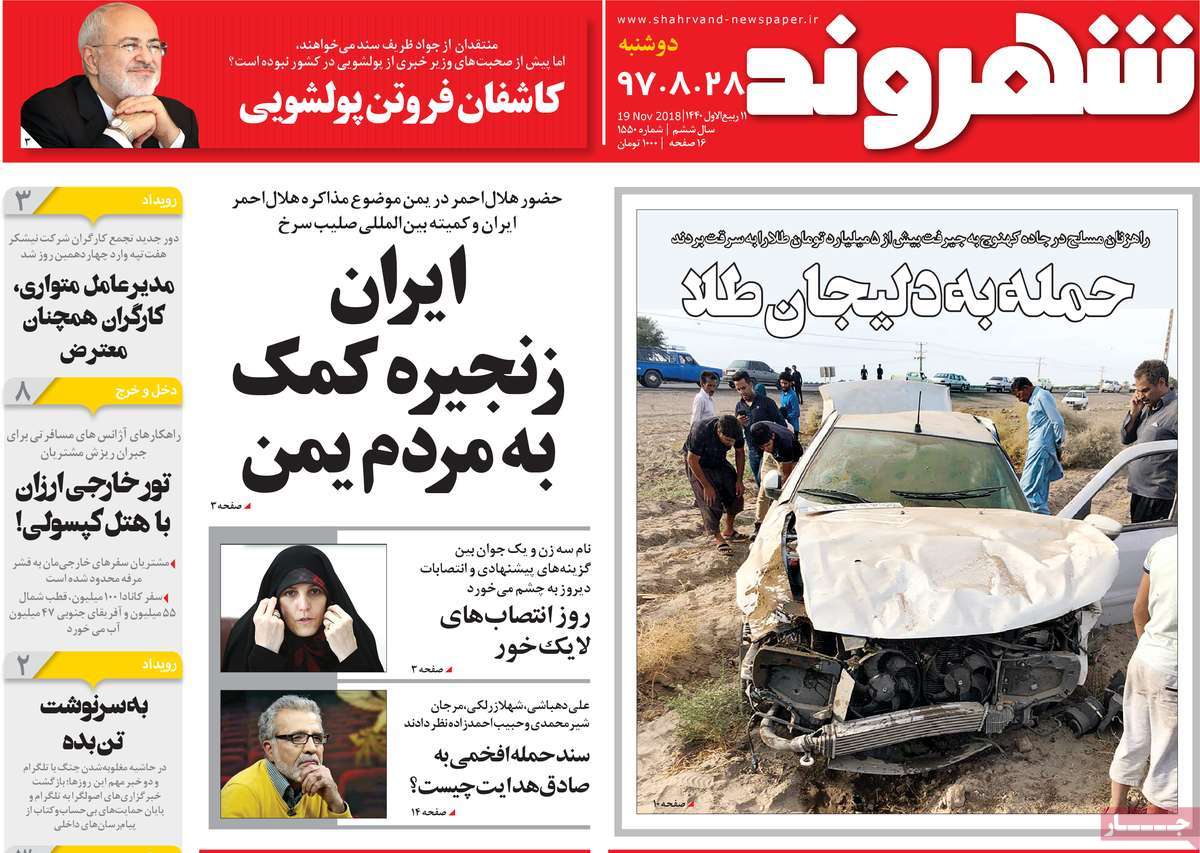 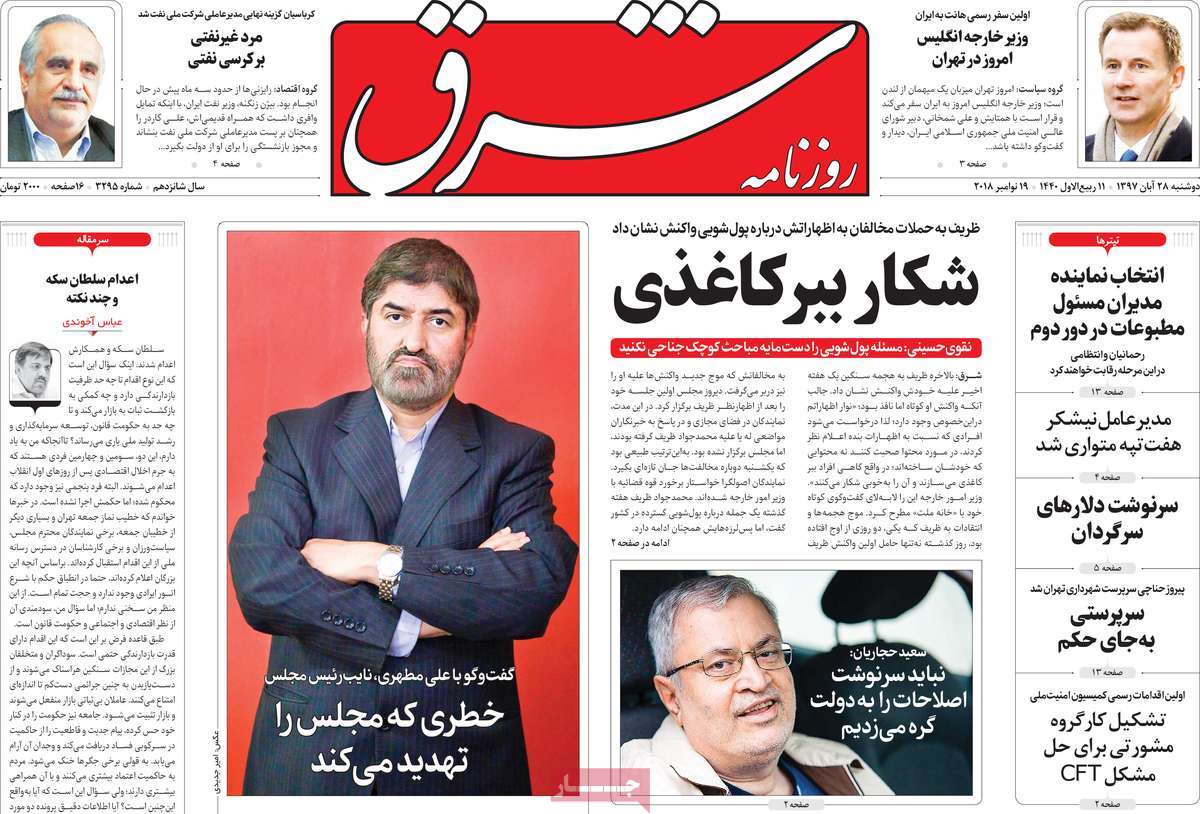 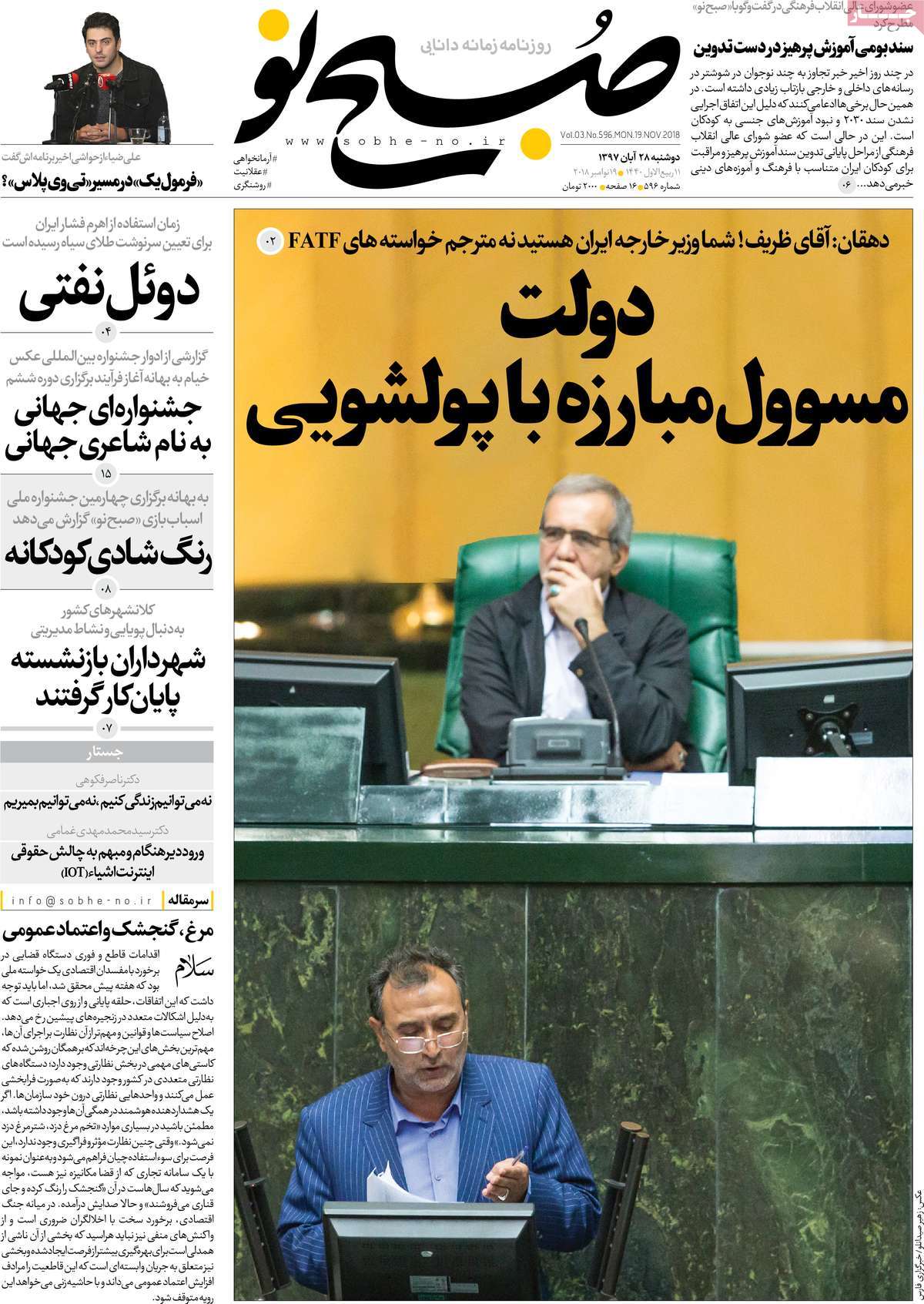