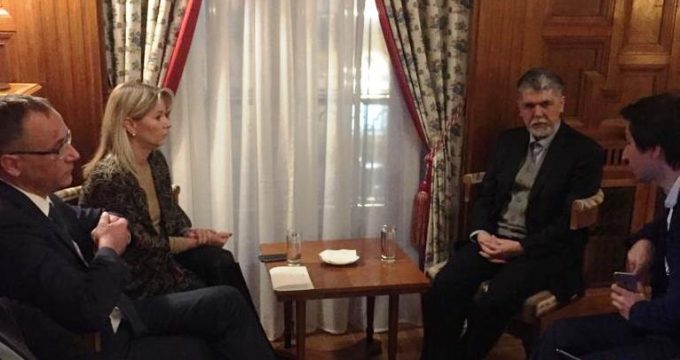 IRNA – Hungary’s First Deputy Culture Minister announced in a meeting with Iran’s Minister of Culture and Islamic Guidance that Hungarian people believe their ancestors have come not only from Russia, but from Iran to today Hungary and have Persian roots.

On the sidelines of the International Cultural Conference of Saint Petersburg, Orshaya Pacay Temacic said that the Hungarian Ministry of Culture wants to establish an institute to study the roots of the Hungarian nation.

The Hungarian Deputy Ministry of Culture has suggested that the inclusion of research on archaeological research and the history of ancestors and the research they can do with Iran in this area in the Iranian-Hungarian cultural cooperation agreement.

Iranian Minister of Culture and Islamic Guidance Seyyed Abbas Salehi also announced at the meeting that he welcomes the research plan on the origins of the Hungarian nation and Tehran is ready to cooperate in this field with Budapest.

The Iranian Minister of Culture stated that the Iran-Hungary relations had always been good, adding that the Hungarian prime minister’s visit to Tehran was a milestone in the economic and political relations between Tehran and Budapest over last few years.