A Look at Iranian Newspaper Front Pages on November 17

Iran Front Page – IFP has taken a look at the front pages of Iranian newspapers on Saturday, November 17, 2018, and picked headlines from 14 of them. IFP has simply translated the headlines and does not vouch for their accuracy.

Newspapers today widely covered the ongoing talks between Iran and the European Union over the bloc’s efforts to save the Iran nuclear deal, particularly by implementing a special payment mechanism known as Special Purpose Vehicle (SPV).

Also a top story was the controversy over Iran’s adoption of the standards set by global anti-money laundering body FATF, particularly the remarks recently made by Foreign Minister Mohammad Javad Zarif against the opponents of Iran’s accession.

The recent decline in US dollar and gold coin prices in the Iranian markets also received great coverage.

1- Araqchi: EU’s Measures Have Not Led to Operational Solutions

3- US Warns Europe: You’ll Be Sanctioned If You Work with Iran 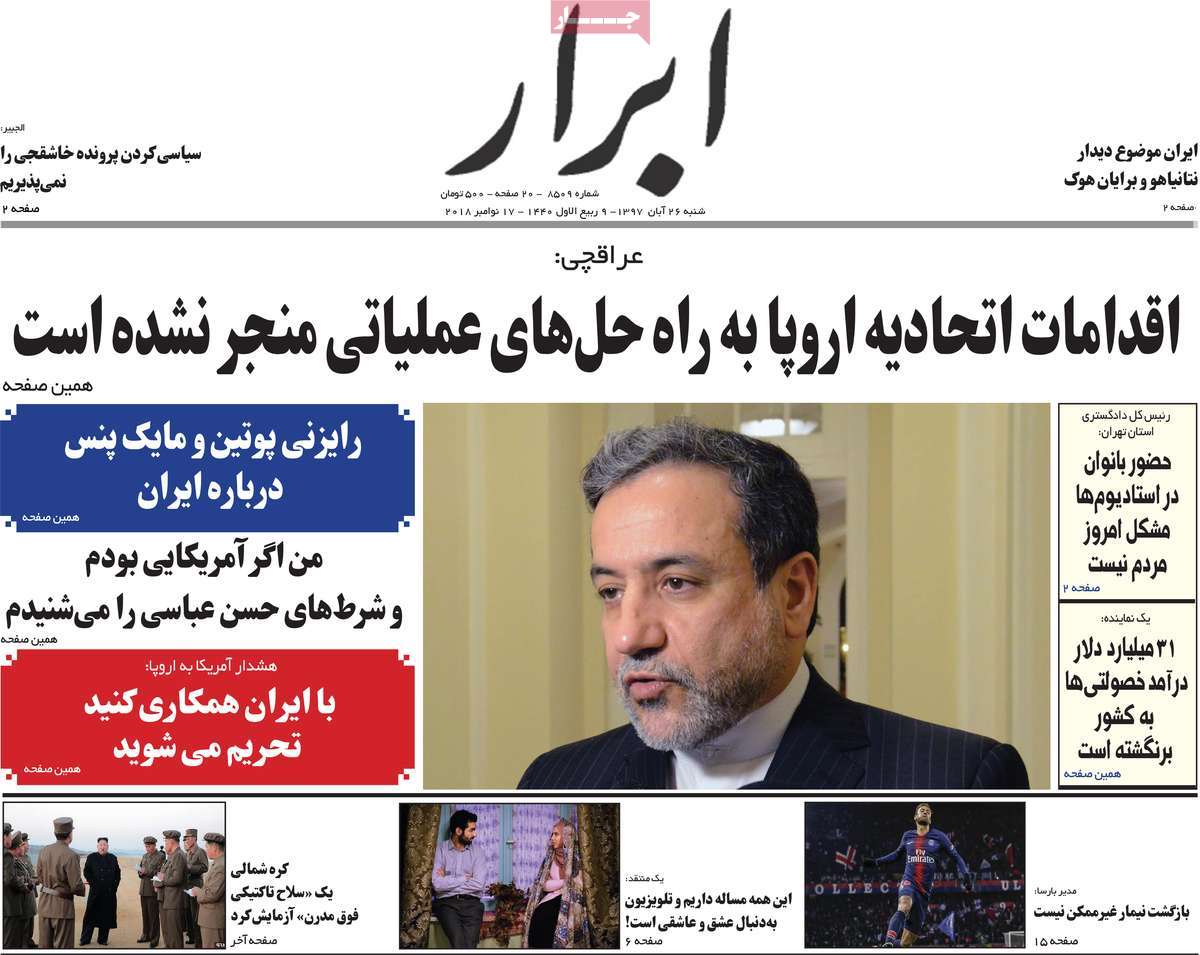 2- Secrets behind Huge Decrease in US Dollar Rates in Iran 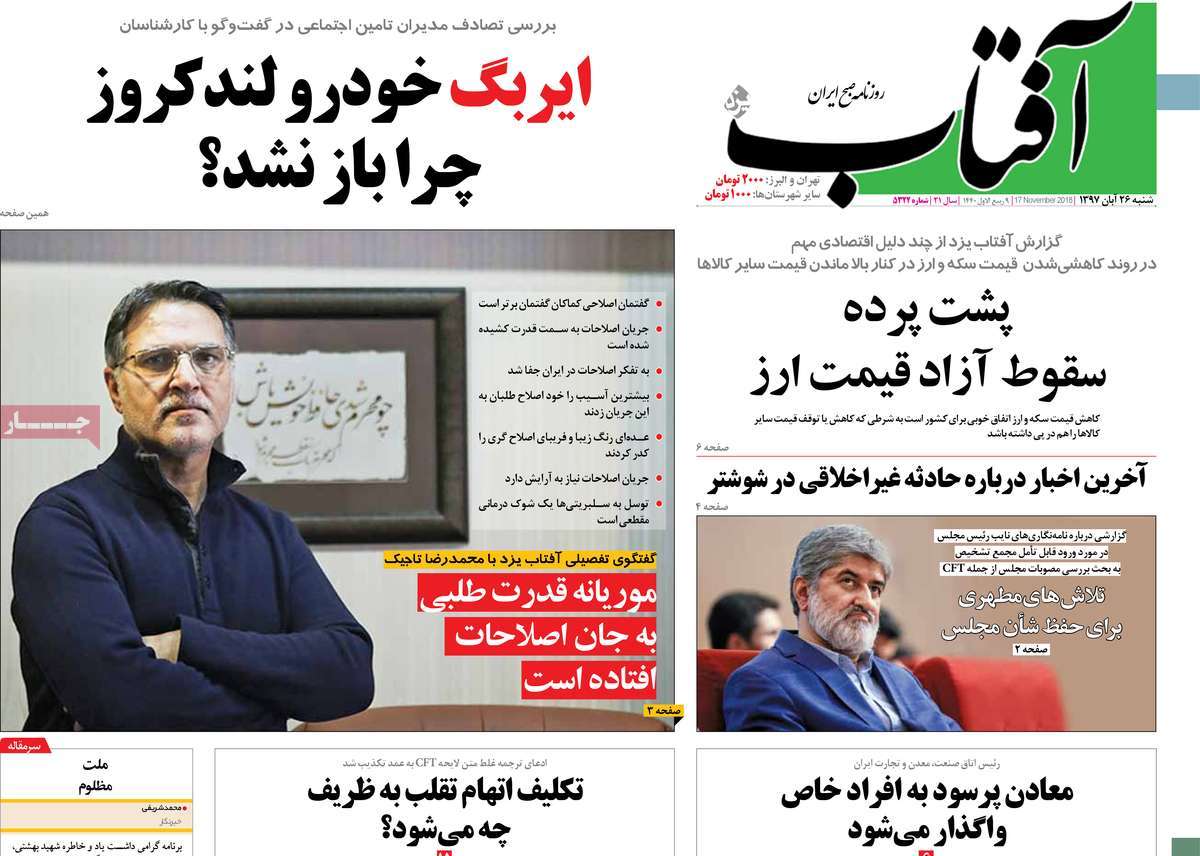 2- Some Don’t Want Women to Know Their Rights: MP 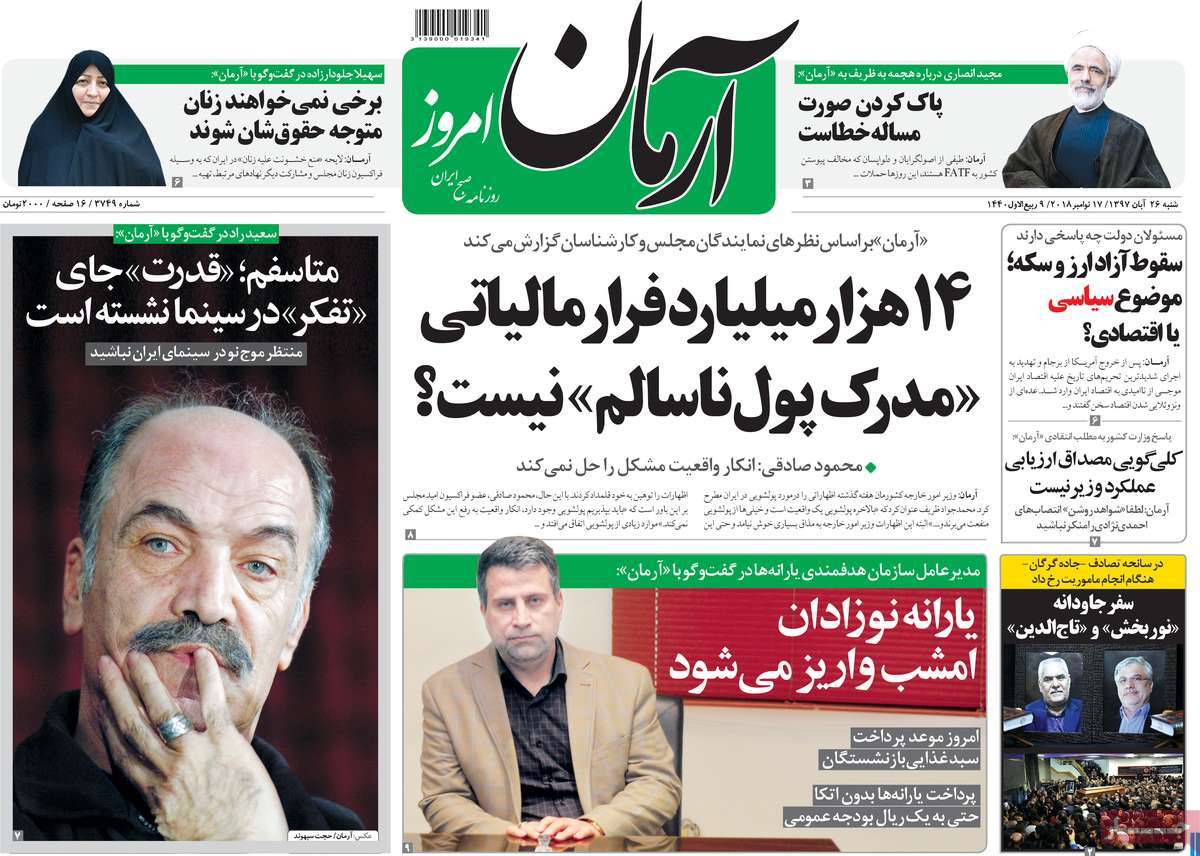 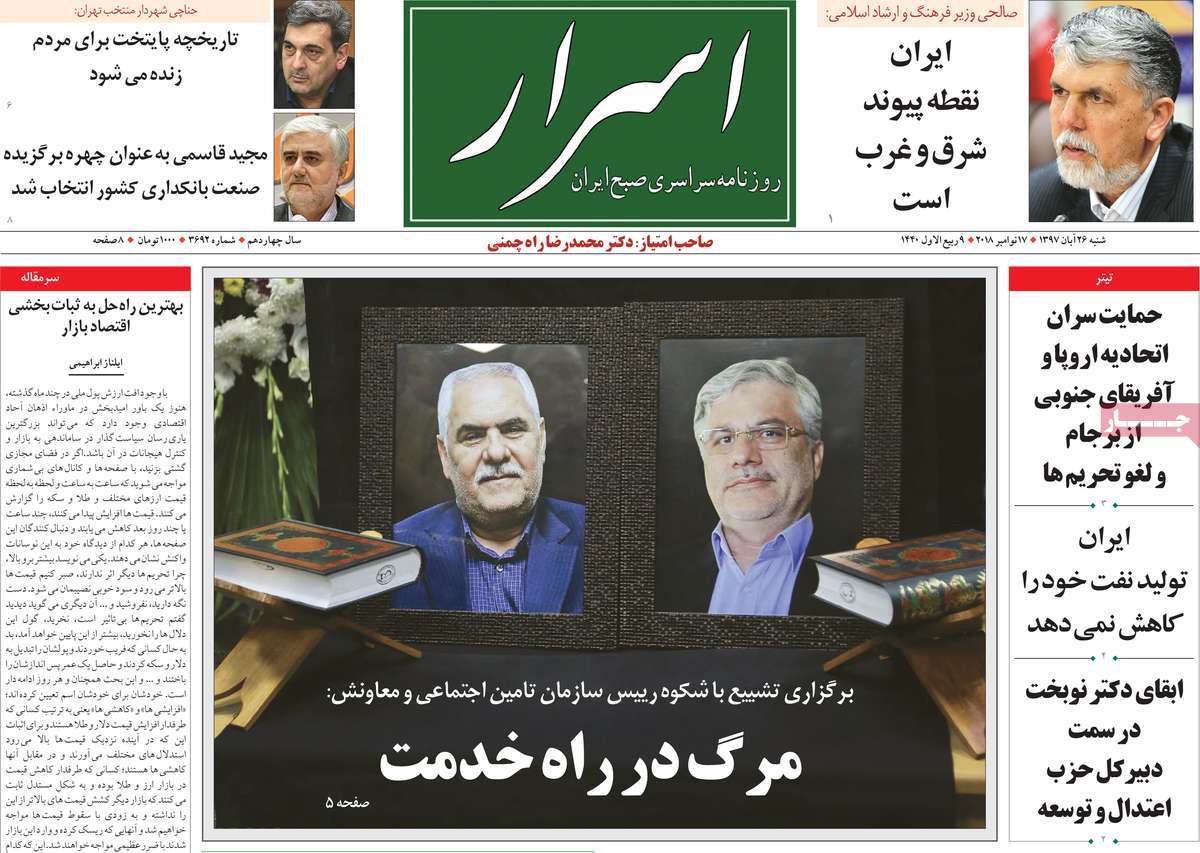 1- Europe’s Direct Responsibility to Save JCPOA 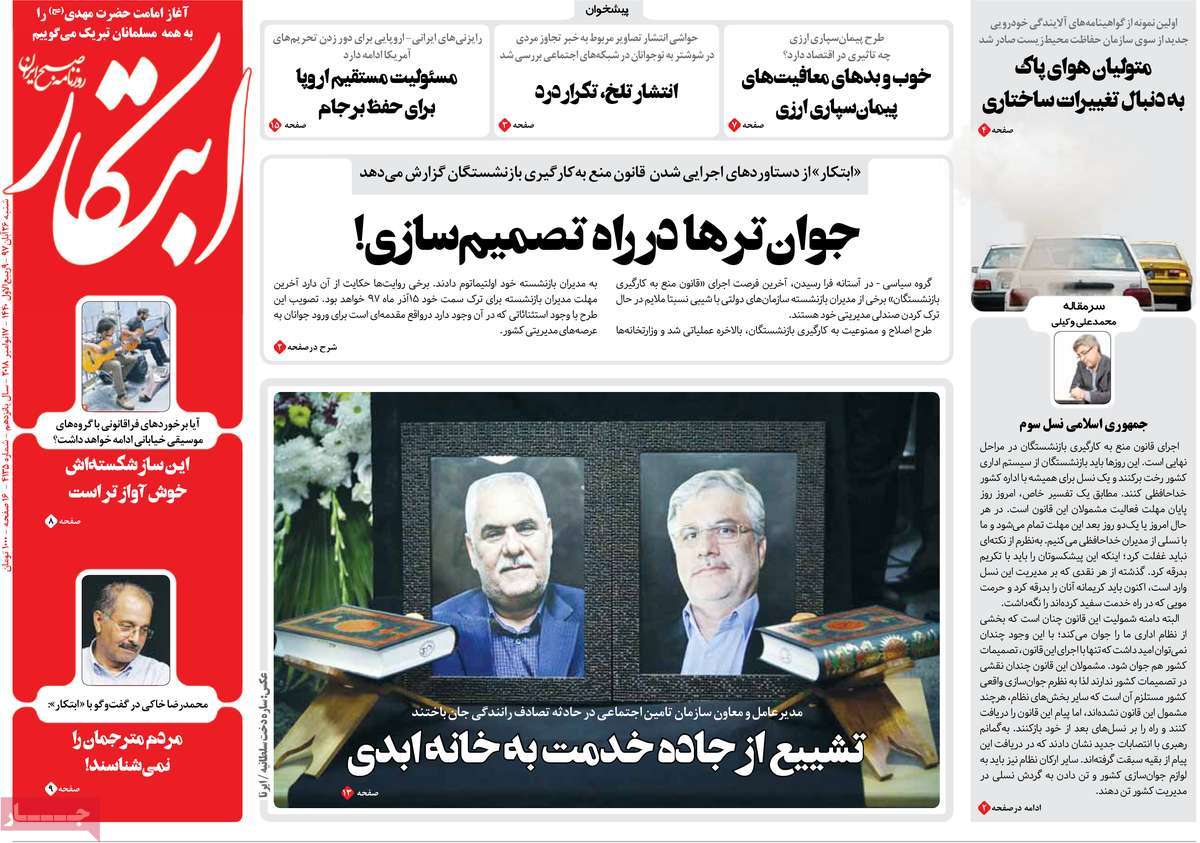 1- What’s Zarif Targeting? Opponents of FATF Still Working against It

2- Will Khashoggi Legacy Save Yemenis from Continued Crime against Humanity? 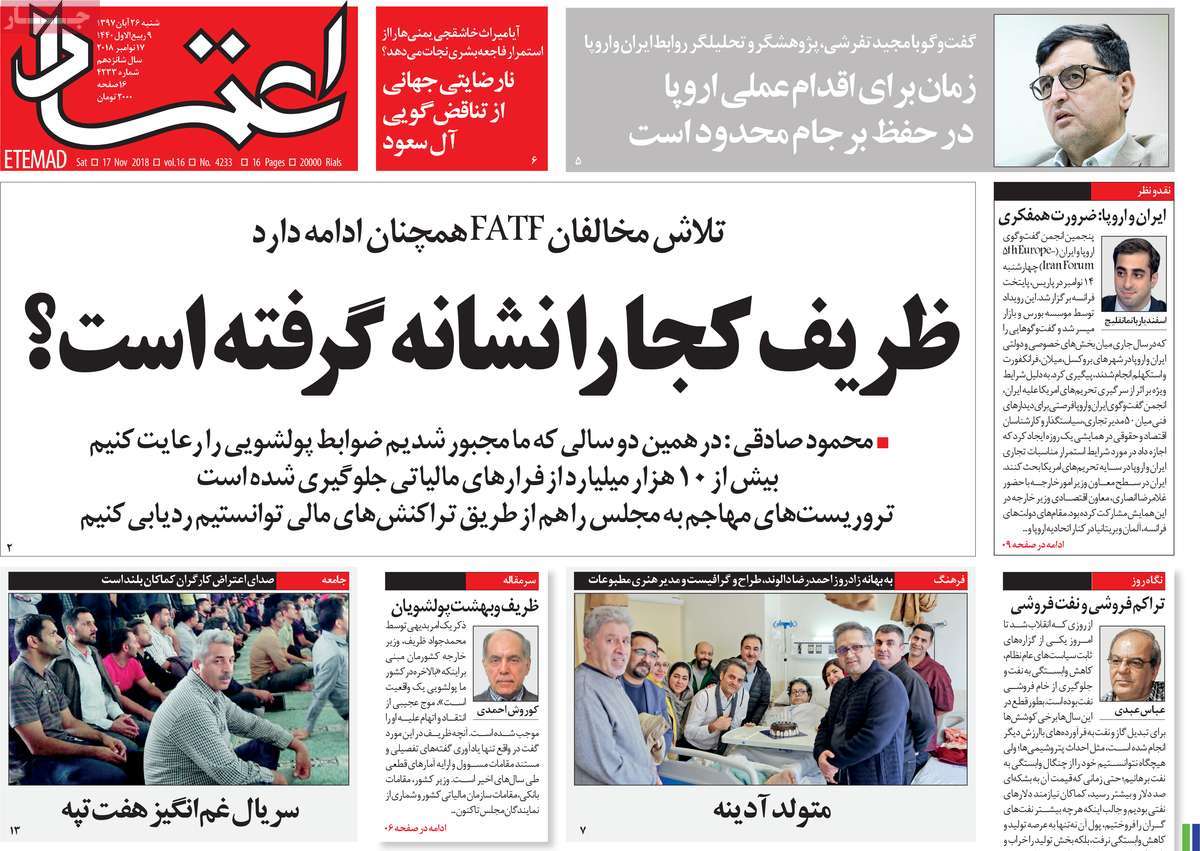 3- A Report on Decline in Oil, Gold, Forex Rates 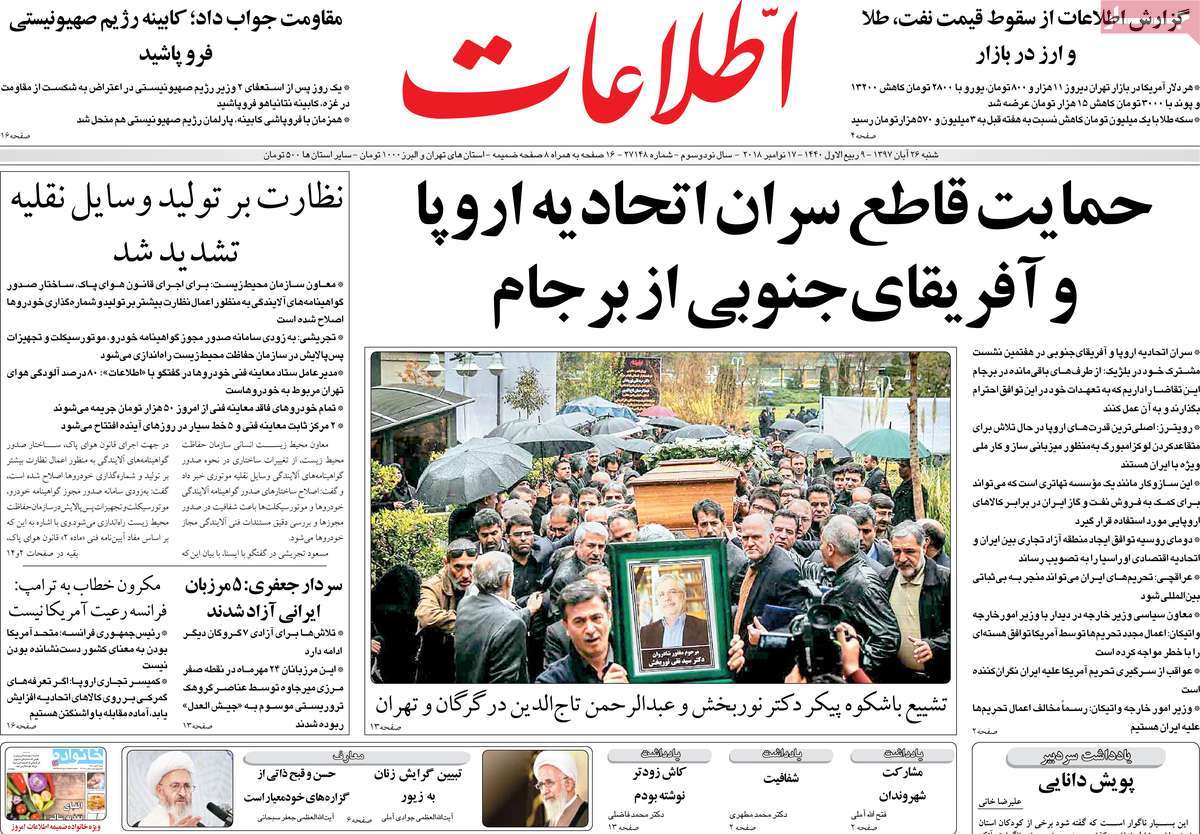 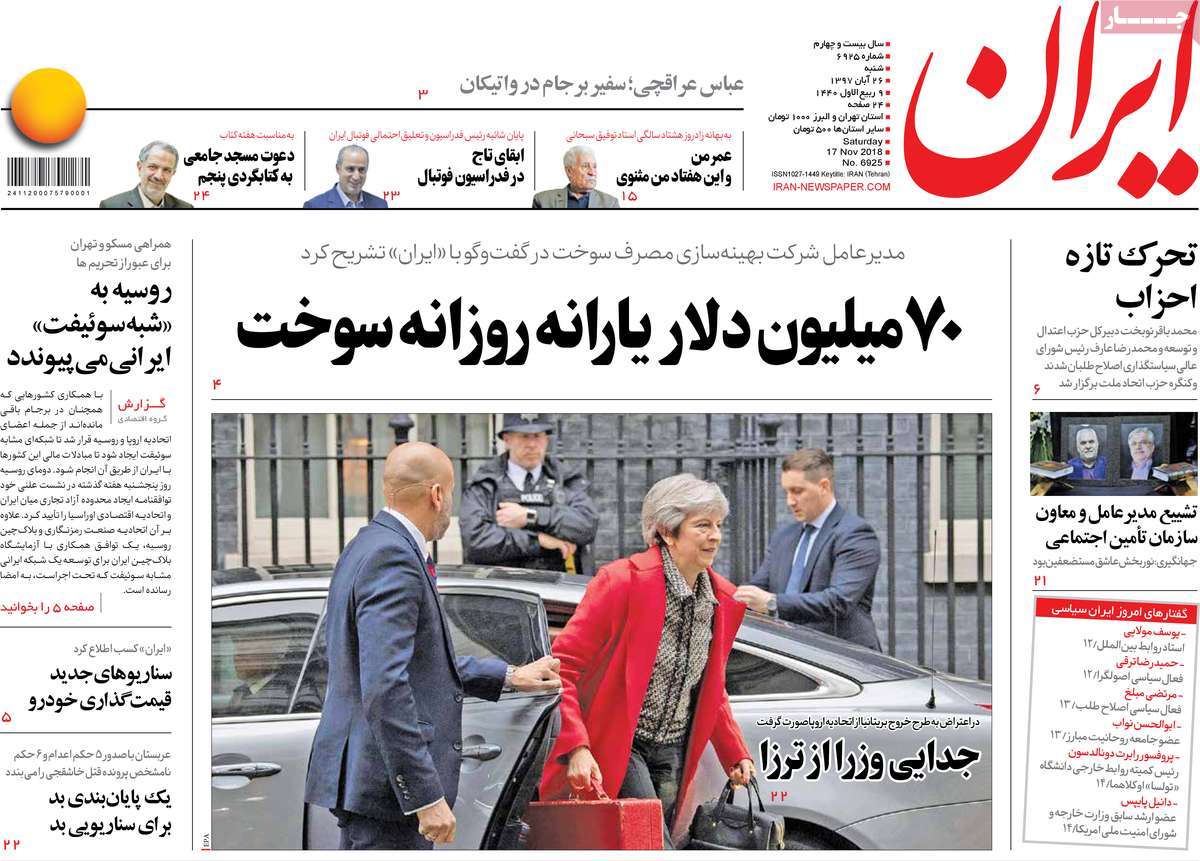 2- IRGC Chief-Commander: Our Response to Enemy Will Be Covert, but Painful

4- Rainfall in Sources of Karoun, Zayandeh Roud Rivers Up by 42 Times 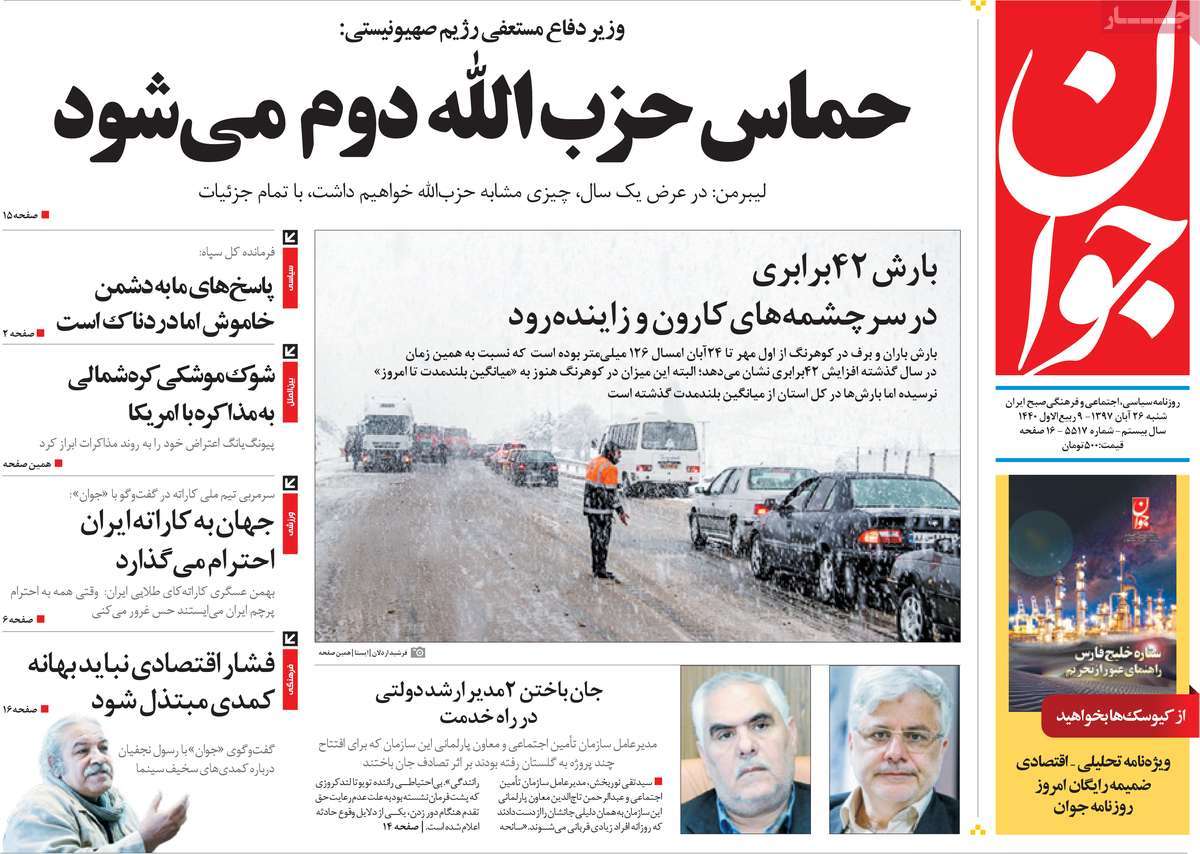 3- Macron to Trump: France Not Vassal State of US 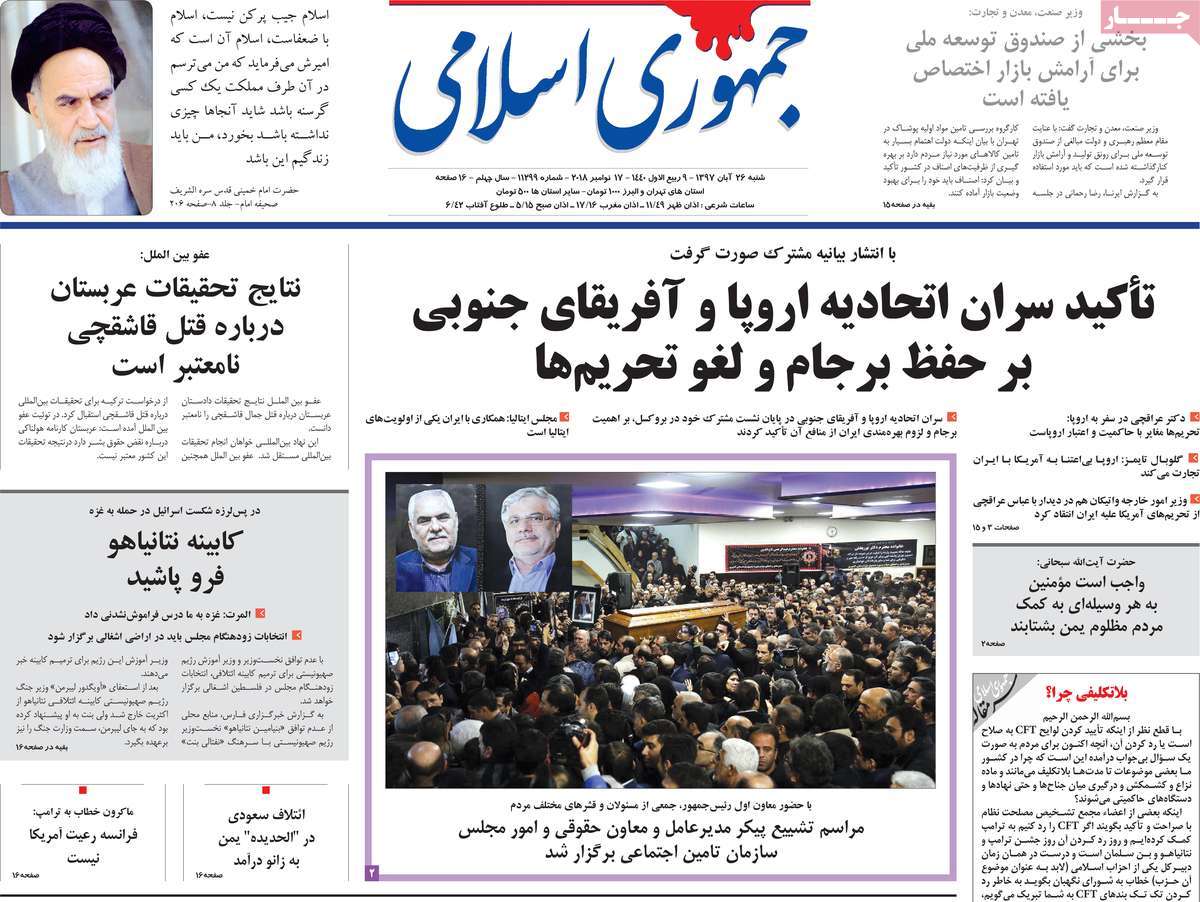 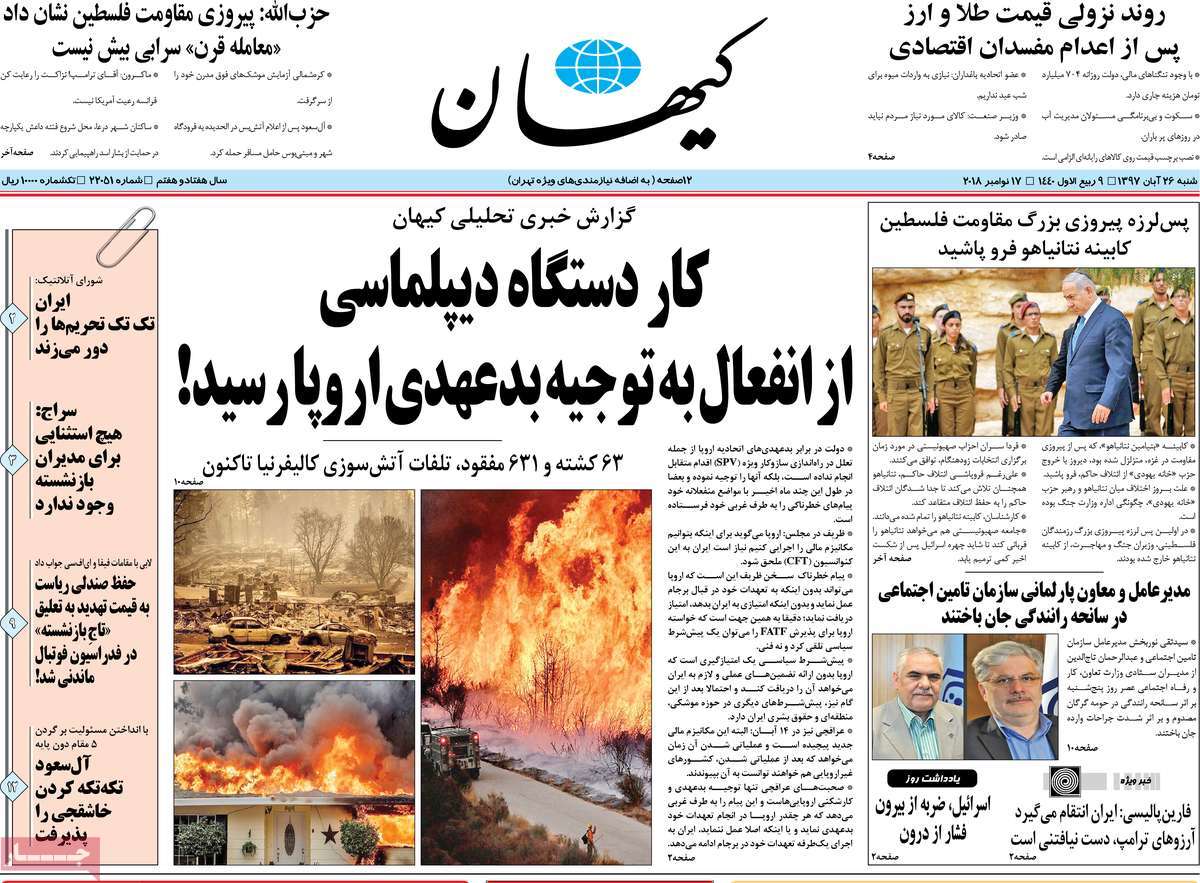 1- New Iraqi President Due in Tehran 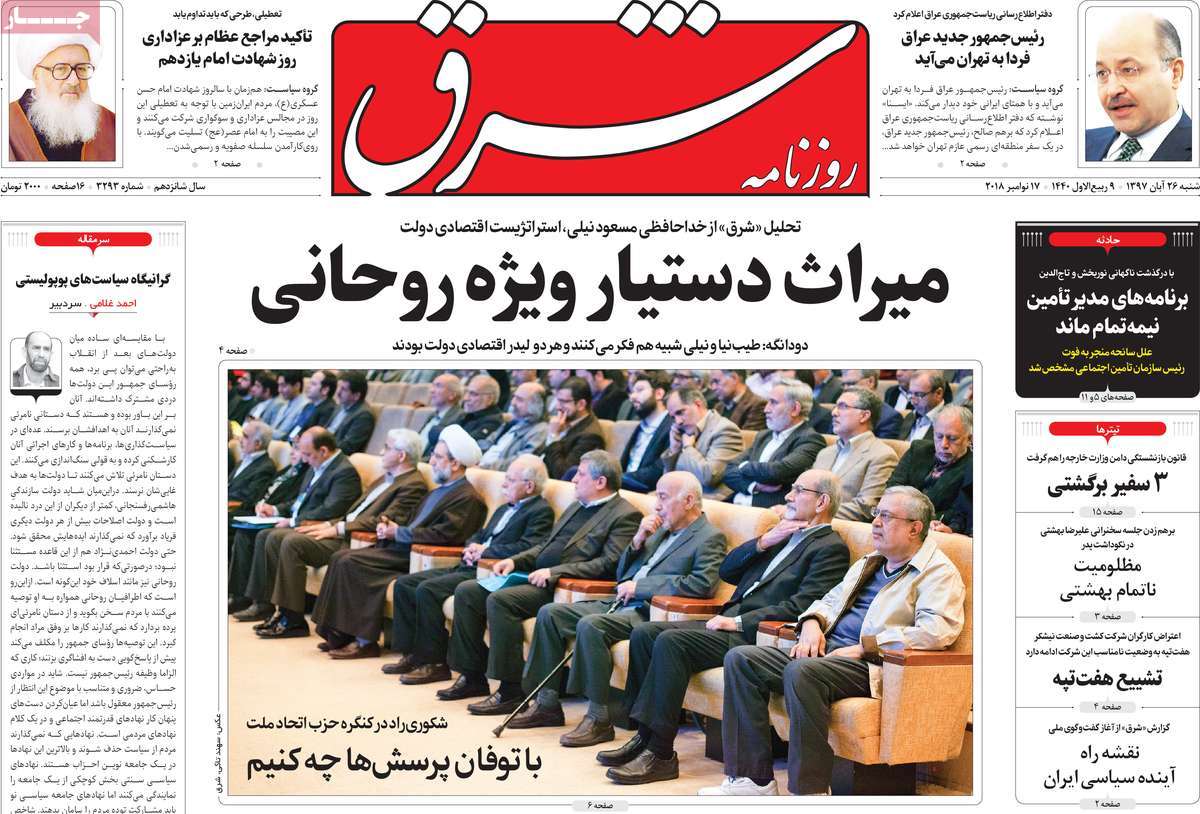 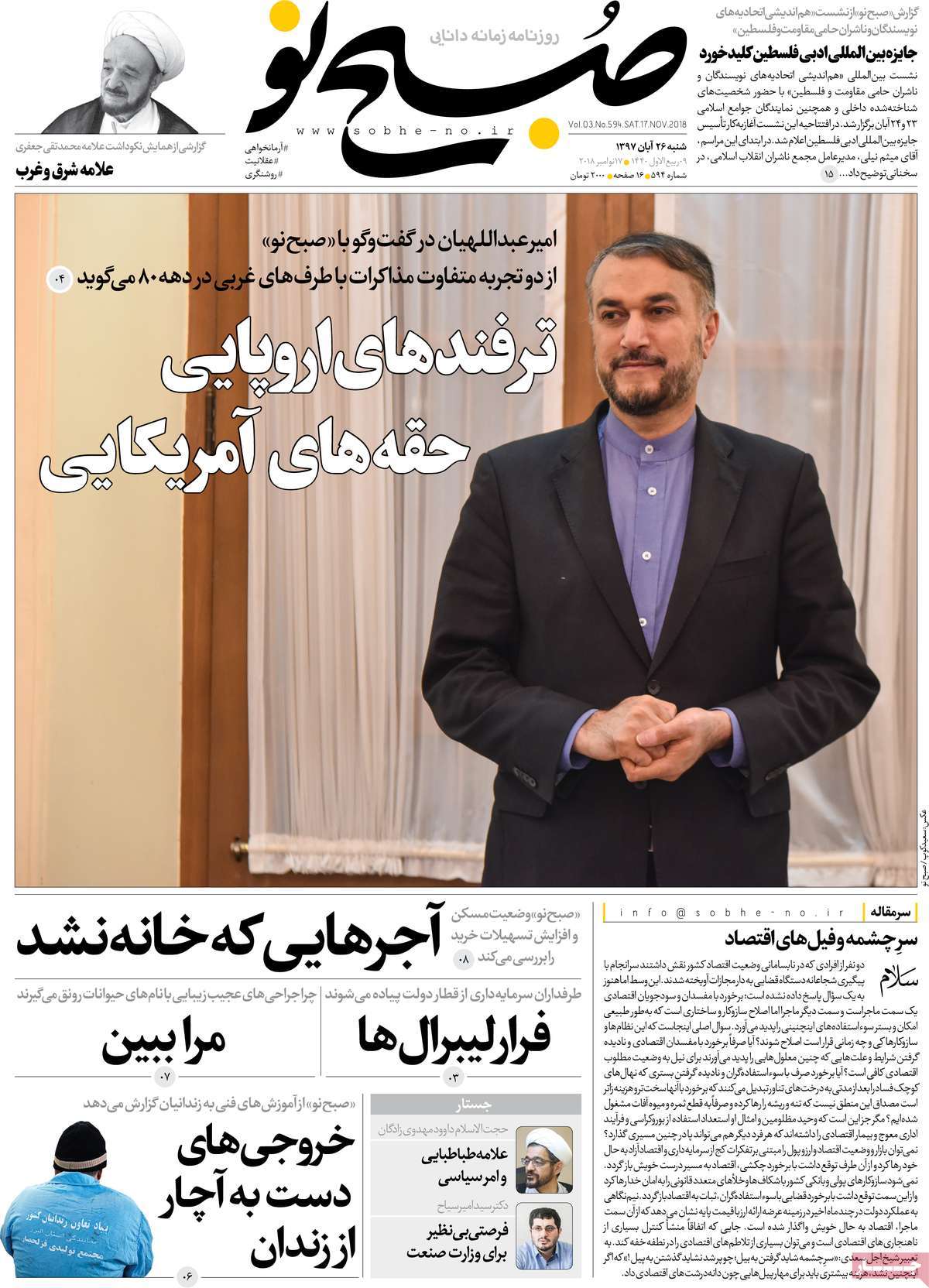 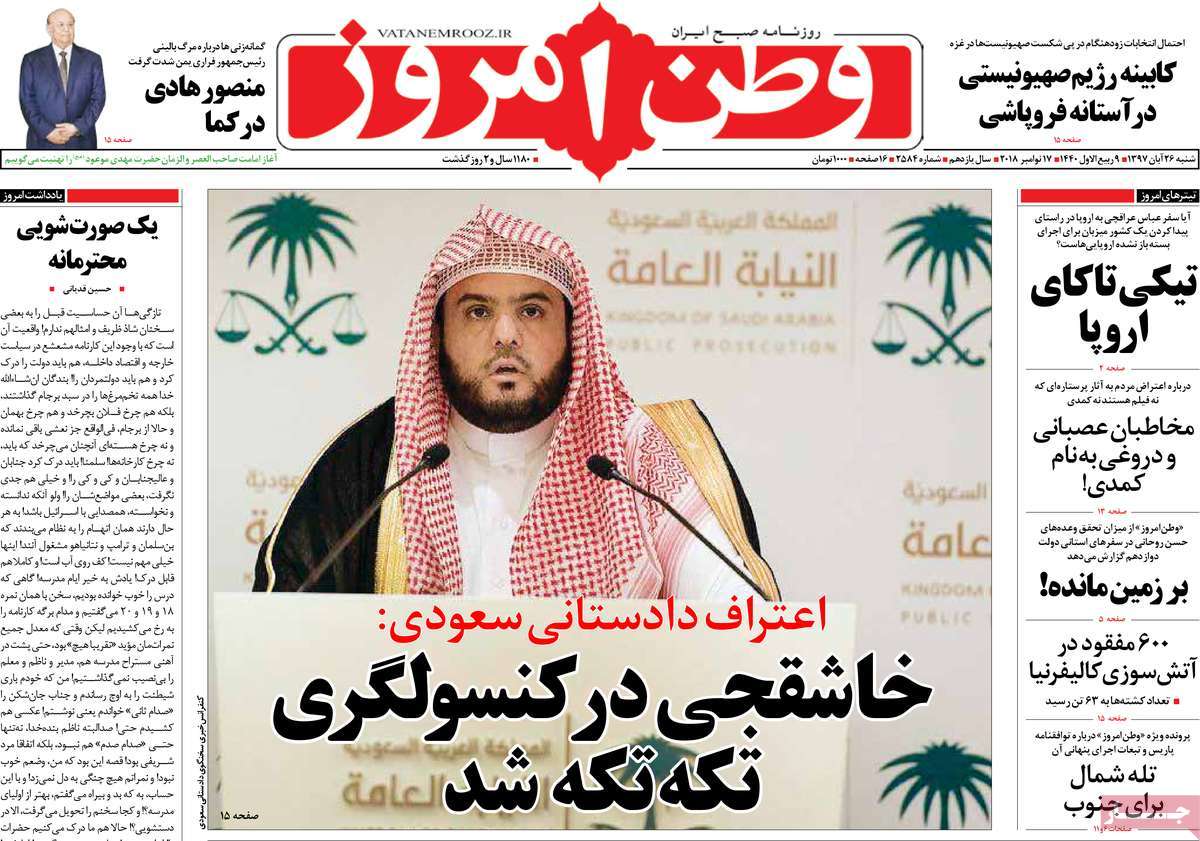