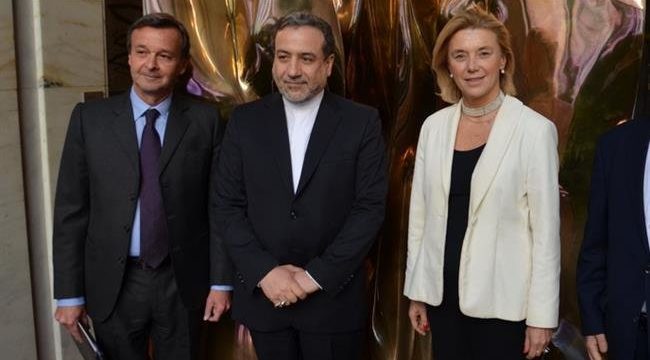 IRNA – The Iranian deputy foreign minister for political affairs said on Thursday that dollar has turned into a weapons in the hand of the US to impose its illegitimate demands on European partners, challenging European states’ national sovereignty in practice.

Abbas Araqchi who is currently in Rome to attend a meeting on the Iran-Italy mechanism for political consultation made the remarks in a meeting with Italian Deputy Foreign Minister Elisabetta Belloni late Thursday.

During the meeting, both officials discussed range of issues including mutual political, economic and cultural cooperation, JCPOA, Mediterranean developments, Middle East and Persian Gulf as well as latest developments in Syria, Lebanon, Afghanistan, Yemen, terrorism, extremism and separatism in the region, transit of drugs and crisis of refugees.

Both sides also underlined the need for continuation of constructive interaction to furtehr boost ties based on mutual respect as Tehran and Rome’s principled policy.

They also called for removing obstacles in the way of mutual ties and engagement of the two countries’ private sectors.

The Italian official, for her part, said that Italian companies are seeking to continue their activities in Iran, urging European states for removing impediments in the way of mutual ties and minimizing risk of sanctions faced by the European and Italian companies working with Iran.