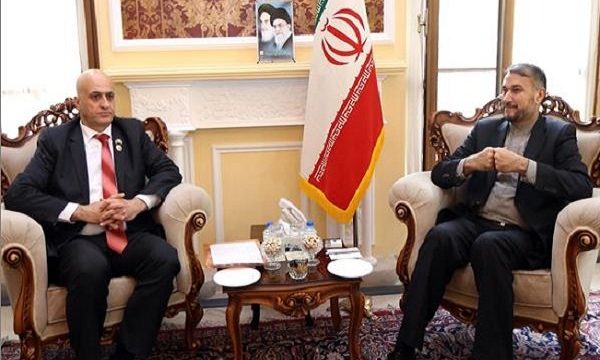 US must stop warmongering in Syria: Amir-Abdollahian

He made the remarks in a meeting with Chairman of Iran-Syria Parliamentary Friendship Group Mohammad Hussein Ragheb al-Hussein and Syrian Ambassador to Tehran Adnan Mahmoud in Tehran on Thursday.

“The US should stop its terroristic games and warmongering in Syria and leave the Syrian people alone,” he said.

The official noted that despite the White House’s wish, Iran will continue its cooperation with Syria against terrorism.

Ragheb al-Hussein, for his part, expressed gratitude toward Iran for cooperating with his country to stand against terrorism.